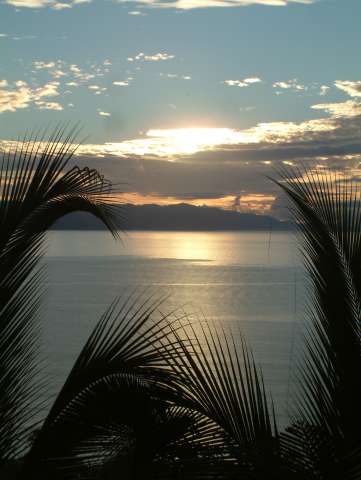 Adventures on the Osa Peninsula

Yesterday's storminess gave way to a crisp morning sunrise today. We enjoyed our 6am delivery of hot chocolate before showering and breakfast. While Sarah took her turn in the shower I hand washed some clothes then set them out to dry on our deck under the hot tropical sun. Breakfast was more of the same delicious French toast for me while Sarah tried some scrambled huevos. Our activity of choice today was horse back riding and we headed down the many steps past the other cabins to the main road to wait for our ride. A small truck with another gringa from New York scooped us up and we drove further down the hill for a few miles. Alice let us know that she's here for the wedding of the horse tour guide and her other friend from N.Y. also named Alice.

Our guide brought four lovely horses onto the road when we arrived and, after briefly getting acquainted, we were assigned our horses. Sarah got a white and brown spotted one called Brownie, Alice a brown horse called Luna, and I rode the misfit of the bunch called Tiffany. Our guide told me she was crazy and that she bites, kicks and generally doesn't want to hang out with the other horses. She's also the only one that has kicked our guide. Despite that we had a great ride that had us near beautiful green pastures, over the sandy beaches, through waist deep ocean water, and between trees in the forest. We saw a two sea turtles, many scarlet macaws, two groups of six or more howler monkeys, a large tree dwelling iguana, and a few squirrel monkeys just before our ride was complete. Although my inner calves and ass were sore I was proud of how I handled myself riding Tiffany. She trotted and we even got up to a gallop a couple times. In my humble opinion she was a great horse that allowed us to see some spectacular sights.

We stomped our way past the green gate and up the stairs smelling like sweat and horse. A hearty lunch was just in time before we made it back tour cabin for a nap. Somewhere around 5pm we awoke to more rain that barely let up until dinner at around 7pm. At times the storm roared around us with an intensity and length I hadn't seen for ages. Lightning flashed and thunder clapped and lit up the now dark outside. One strike was so close that there was no delay between light and sound. It made Sarah scream and rush from the bathroom while I craned my head in the direction of the impressive crack and boom. The leaks in our ceiling were at it again but still thankfully avoided the beds.

Once the storm lulled we dashed out to dinner where, among eating and visiting with local Puerto Jimenez crafts vendor Karen, I was able to snap shots of a nearby hillside silhouetted by distant lightning. We took our time picking out gifts from Karen's display and lounged at dinner before heading back to wind down for the evening. More rain came tonight, though not as heavy as earlier today, so we closed up the room's shutters and made for bed early in hopes of waking up to a beautiful, clear morning. 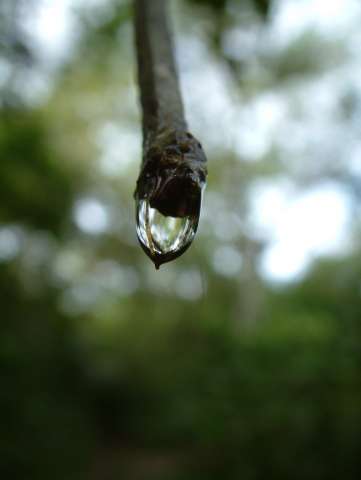 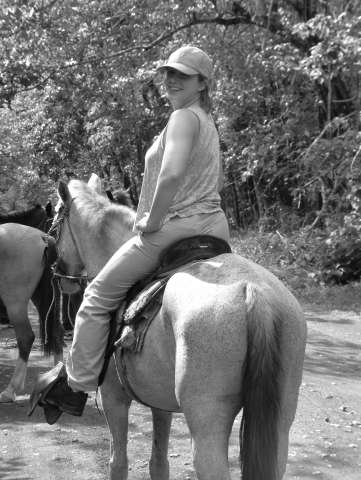 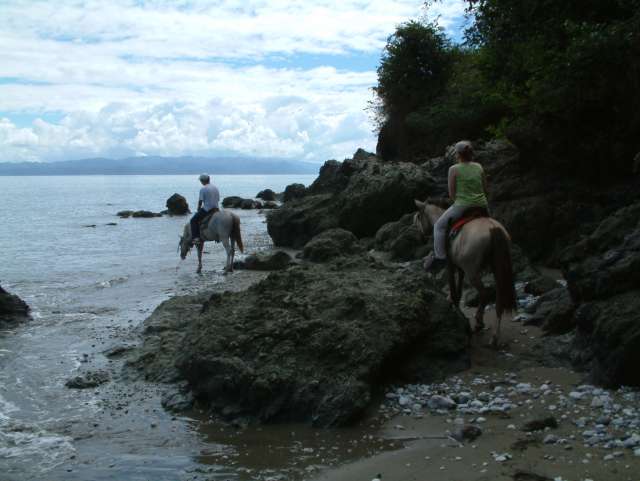 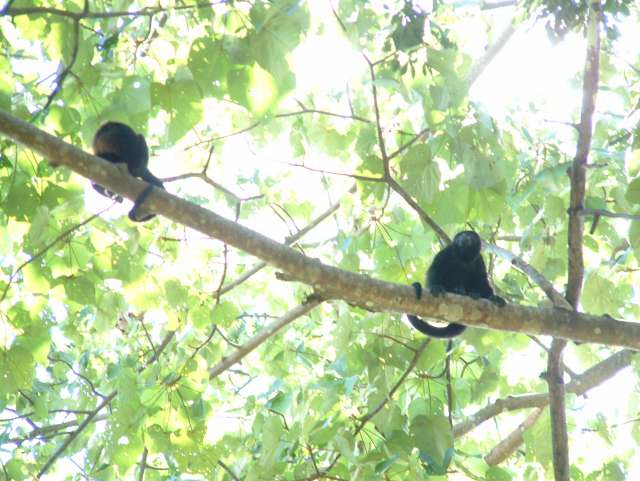 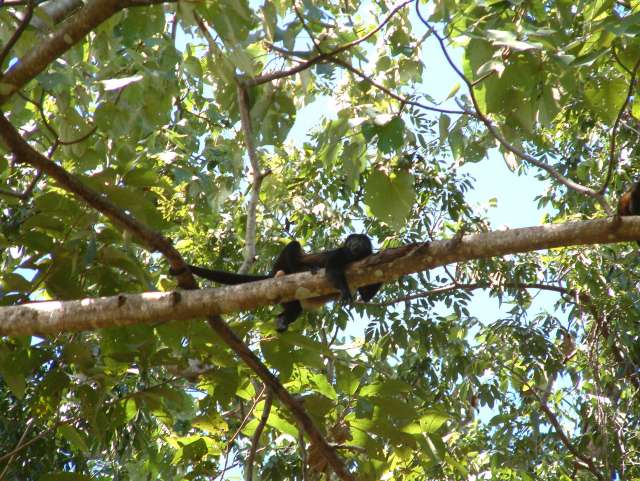 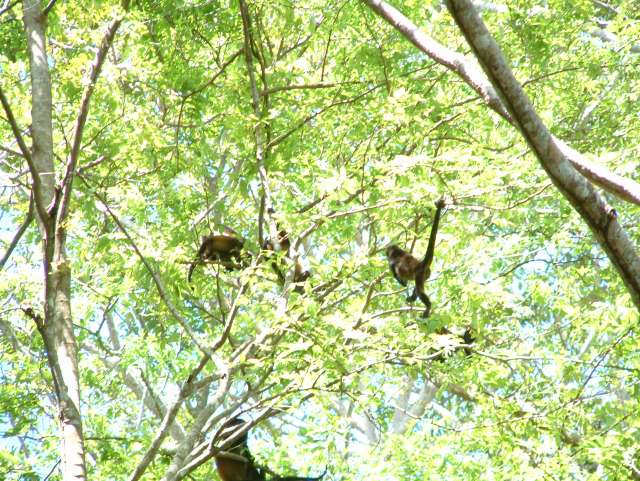 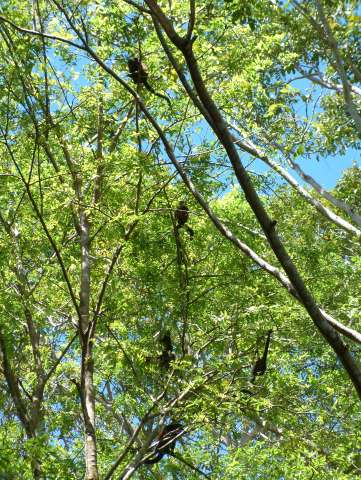 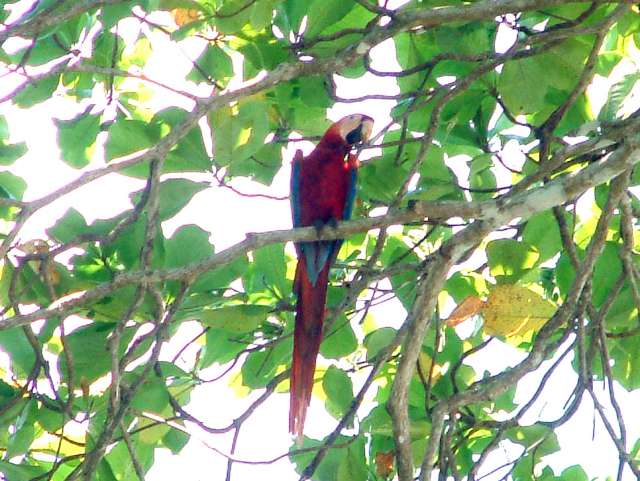 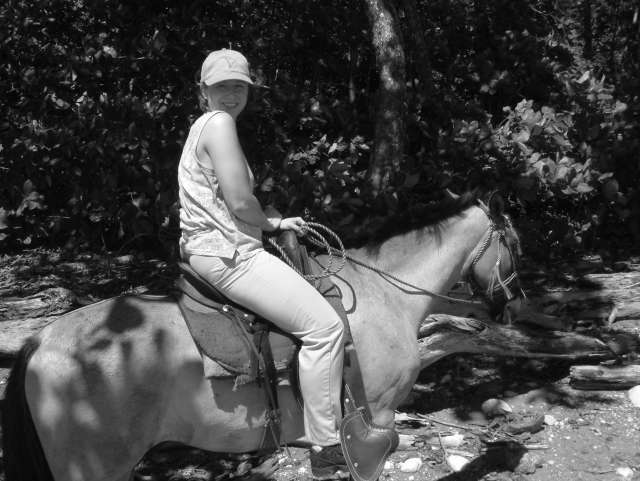 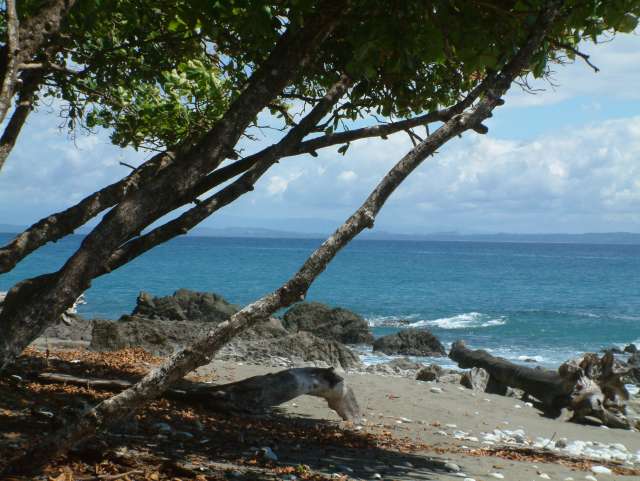 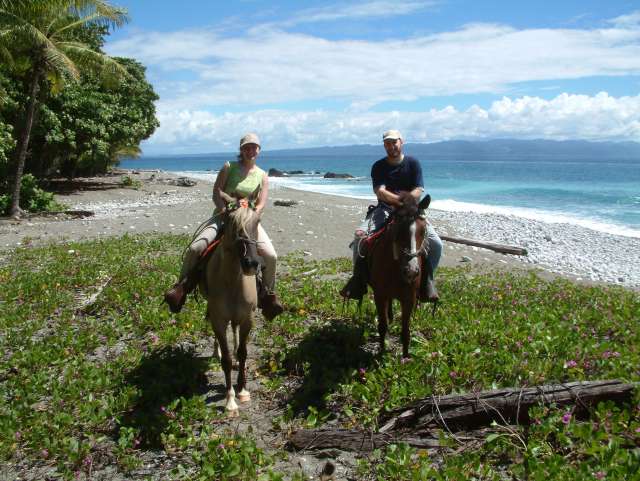 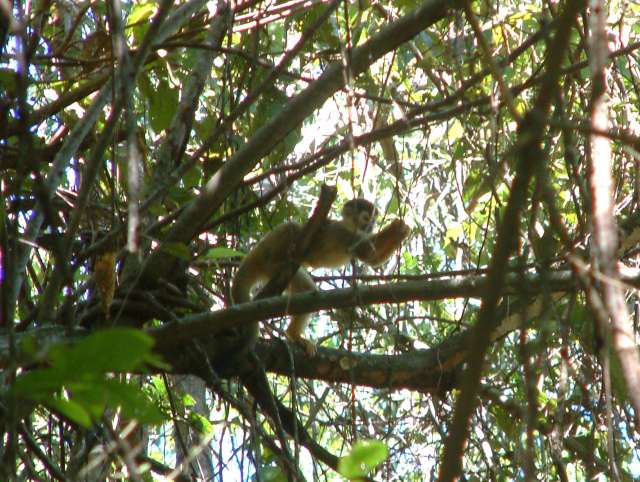 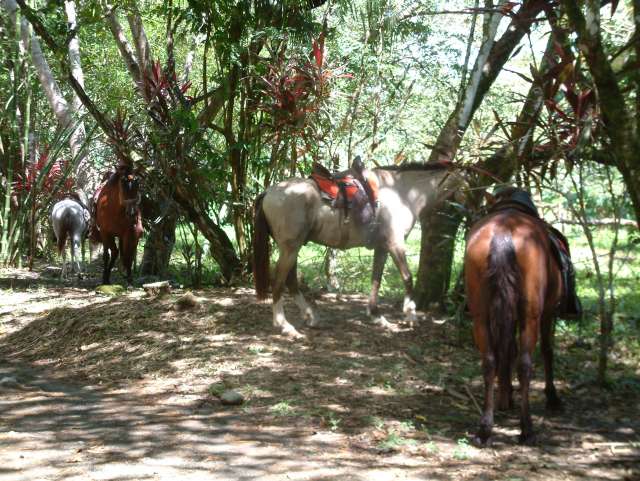 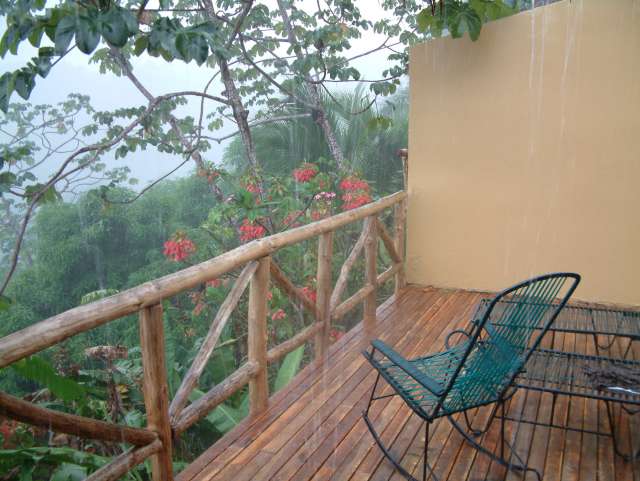 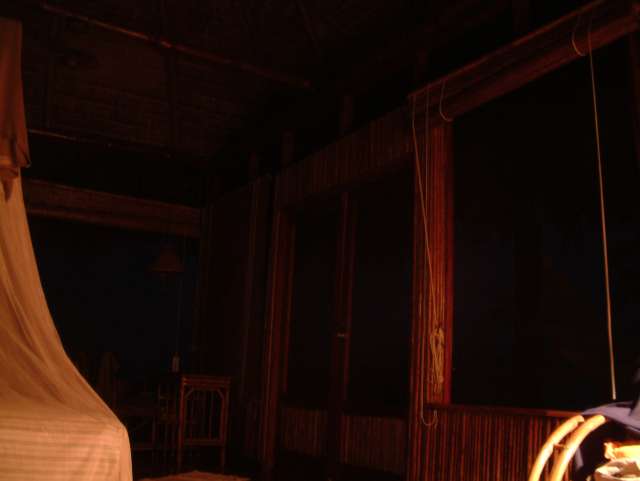 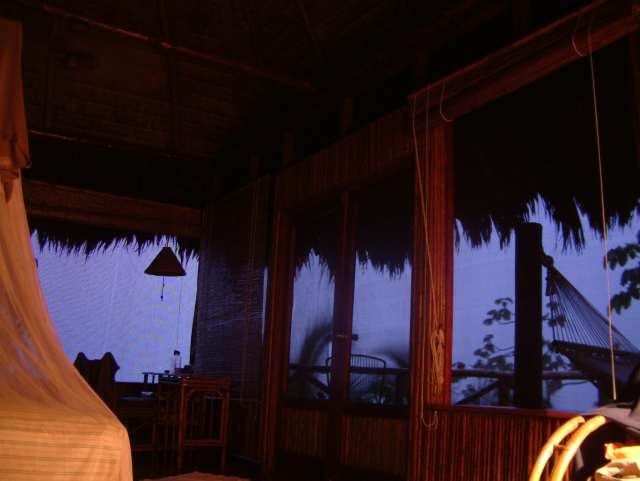 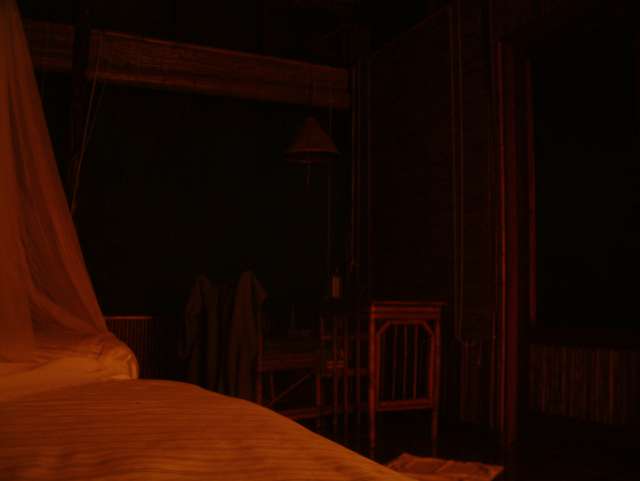 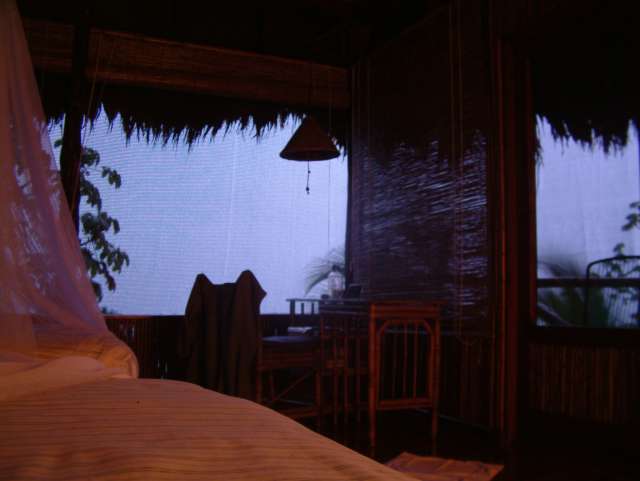 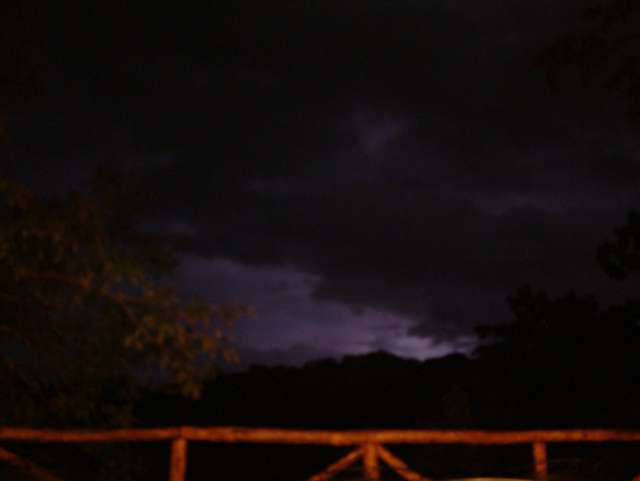 Aug. 13, 2009
After I turned north on my bike ride home from work I noticed some sinister looking clouds off further in that direction. After and hour or so, sure enough,...

Sep. 4, 2007
Last night the earth and sky rumbled over Tacoma. A great thunderstorm and associated squall slammed into us. Sarah and I had fun watching it approach from our upstairs...

I'd fire the Donald for that Apprentice finale

May. 19, 2005
After all the tasks Donald Trump put the teams on the latest Apprentice through he needs to learn a lesson in how to run a season finale... Because he...