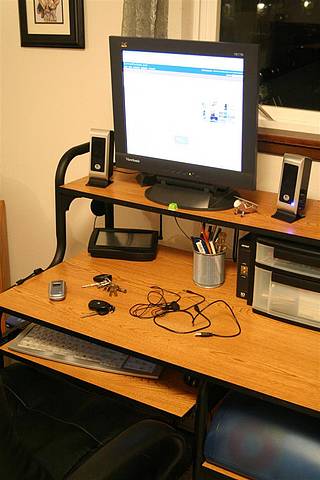 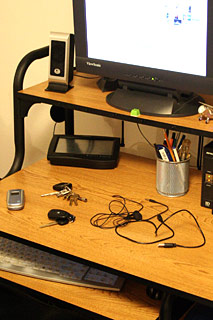 Anyone that knows me at all is well aware of my general hatred of paper. It's nothing against the quality of the stuff but more the quantity. An undeniable pack rat gene courses through my veins that I've been mostly successful squashing by going as digital as possible with my life and work. When and where I can I'll create something on a computer or handheld rather than ever let it touch flattened pulp. You could imagine what ensues when this problem combines with the inevitable paper that comes with a desk of any kind. But paper isn't the only thing that afflicts a clean and productive surface.

I firmly believe that, though slight, other objects that collect on a desk exert a minimal but obvious gravity that pulls other junk in. Though the effect may be slight, items made of paper have a greater propensity toward the attraction. So after cleaning my completely covered desk this weekend I was left with a problem. How do I keep colonies of paper from forming around seemingly transitory objects like keys, a cellphone, and odd USB or headphone wires? The answer, dear reader, is to buck the Newtonian trend and go anti-gravity on those objects' asses (or whatever they have). Here's what you'll need: 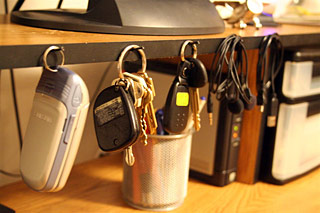 Every three inches or so, drive a nail into the edge of the monitor platform and leave a good half inch sticking out. I didn't want the nails to be too obvious so I then used the sharpie to color the nails black to match the trim of my desk. Now I can hang odd items on my desk but off the surface where they're prone to collect messy, unwanted friends. 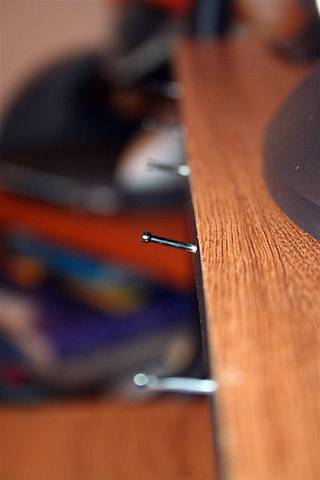 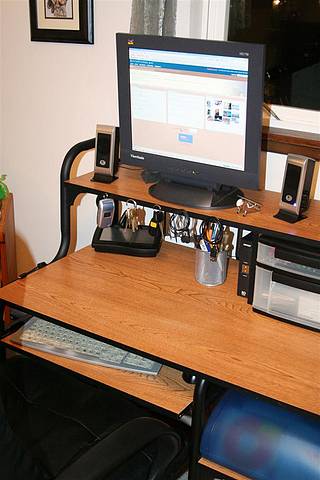 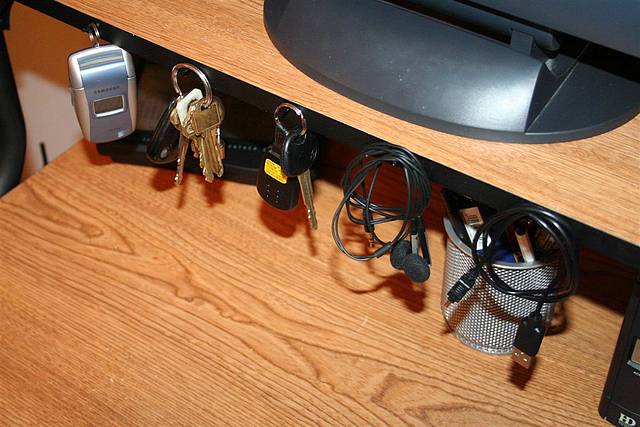 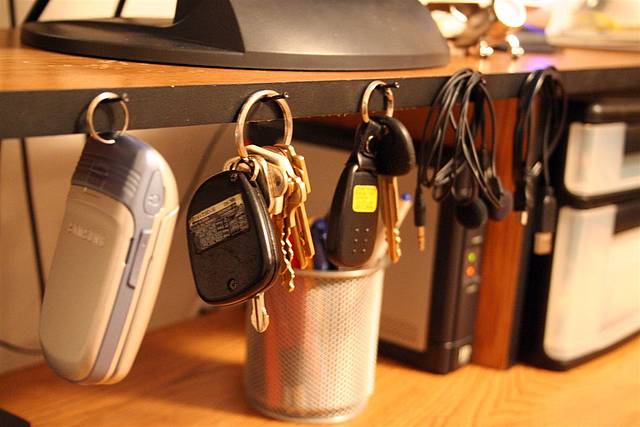 Jan. 3, 2018
We recently renovated our kitchen and part of the demolition involved removing old lath and plaster from inside the walls. I had our contractor save me a bundle so...

Oct. 14, 2012
Since triumphantly constructing an outdoor kitty and litter box enclosure I decided to keep this streak going. Today? A cat food box. Colby and Alley have different food needs...

Sep. 30, 2012
Since moving in with Connie the now two cat household needed a new option when it came to where the kitty little box resides. Though both Colby and Alley...

Apr. 19, 2010
As part of my home office overhaul I decided it was finally time to rid myself of the particle board, K-mart desk I've had since college and upgrade a...