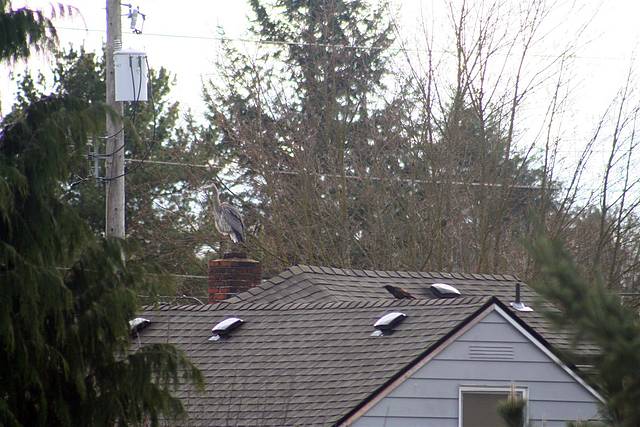 An ally encouter with a great blue heron

I was a good boy/domestic husband type today since I spent the mid part of it cleaning the house and tidying up the back lawn. Apparently I deserved a reward, too. It came in the form of a huge bird swooping down and landing on a nearby chimney. I saw it land out of the corner of my eye while working at my computer. The neighborhood view out our office window afforded me the sight and I immediately grabbed my camera and telephoto lens. The huge bird was immediately hounded by a couple crows that apparently claim domain over that particular chimney. The rascals even dive bombed the visitor a couple times although were unsuccessful at driving it off.

My line of sight, although better than nothing, wasn't the best from the house so I took a chance the bird would stick around a while longer and journeyed down the ally for a better vantage point. I stopped at a few spots and snapped some far better photos of what I later confirmed was a great blue heron. I've seen these guys before around my parents' house and elsewhere but always had trouble telling blue from gray herons. Nevertheless, at the time, I knew from it's size and silhouette it was a heron of some sort. It calmly enjoyed a little sunshine balancing atop the brick chimney with one leg. Although at one point I had to pass a rather mangy dog that resides on a rather mangy property, after I wandered further down the ally his barking was replaced with the gentle ping of a well-tuned set of wind chimes. I patiently awaited the herons departure and had my camera set for taking such action shots. It finally did seem to get slightly startled and leaped from his post and flew towards Point Defiance until I could barely make it out.

It was definitely a treat to see and, although I'm pretty sure I saw a heron not too long ago from here (now that I think of it) hopefully it'll be back for some more photo shoots. What a beautiful and serene way to spend a half hour this afternoon.

My first vantage point from the ally was already better 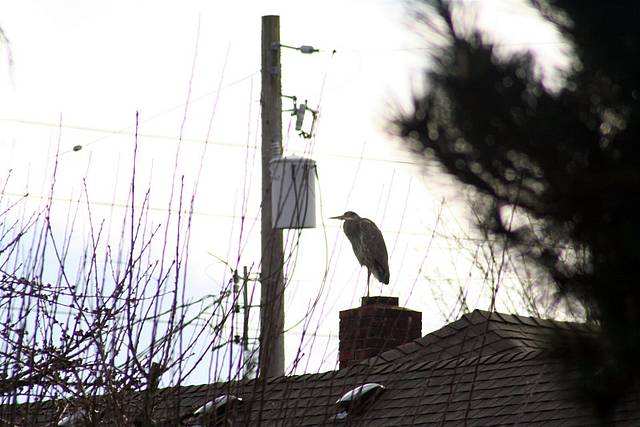 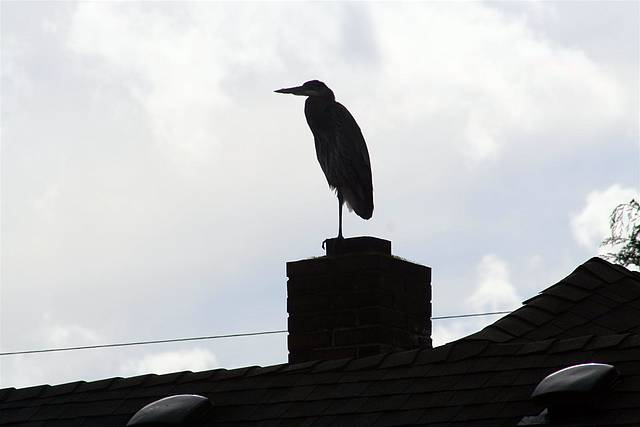 The blue heron turns into a nasty shaped monster when being provoked -- I was psyched to get this shot! 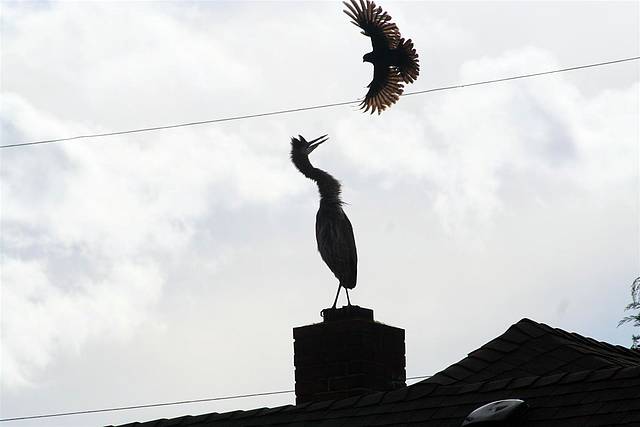 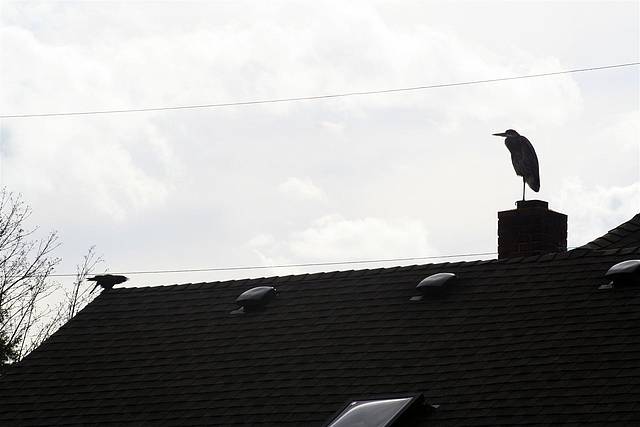 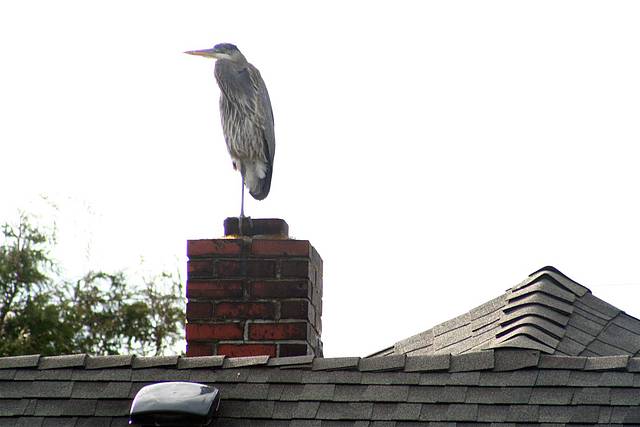 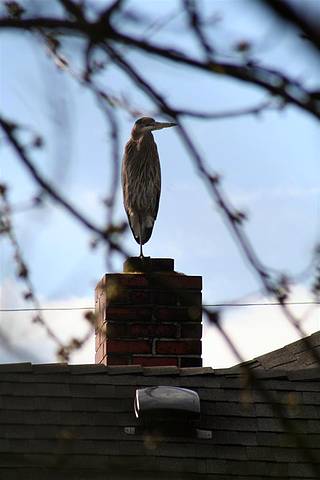 The heron has an elegant shape to its neck and head 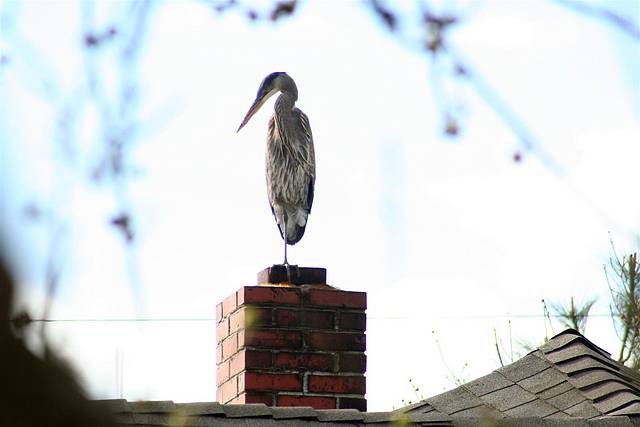 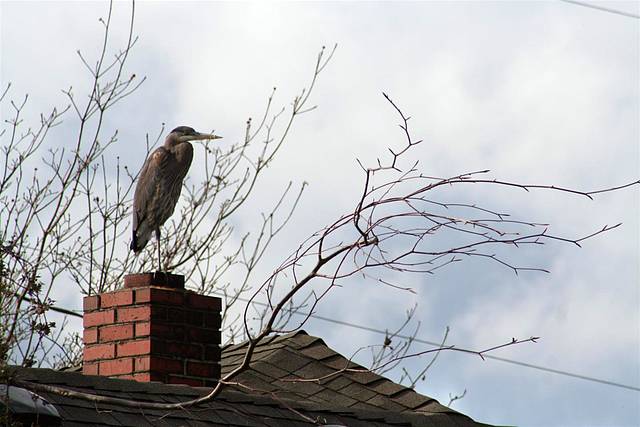 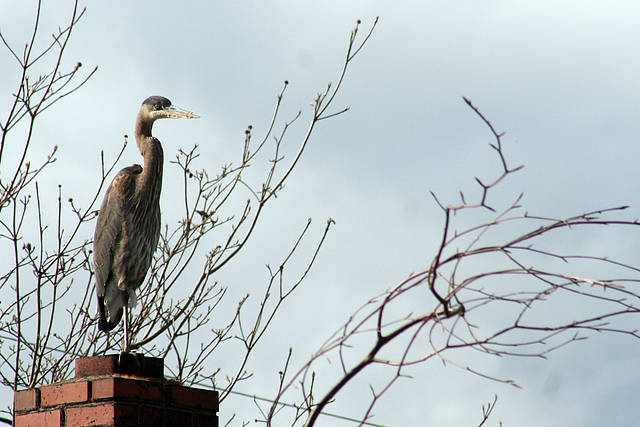 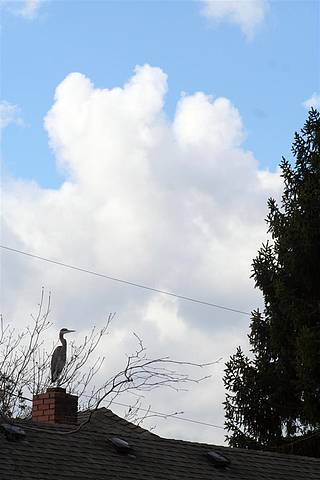 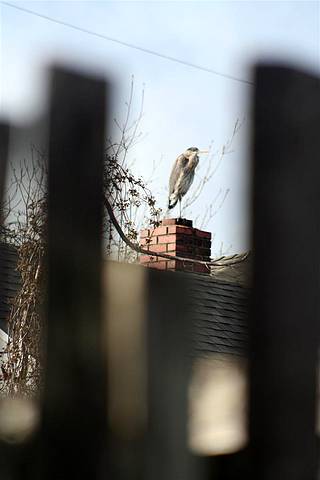 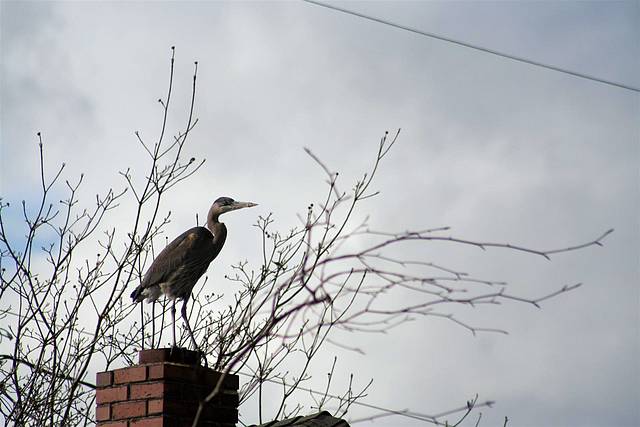 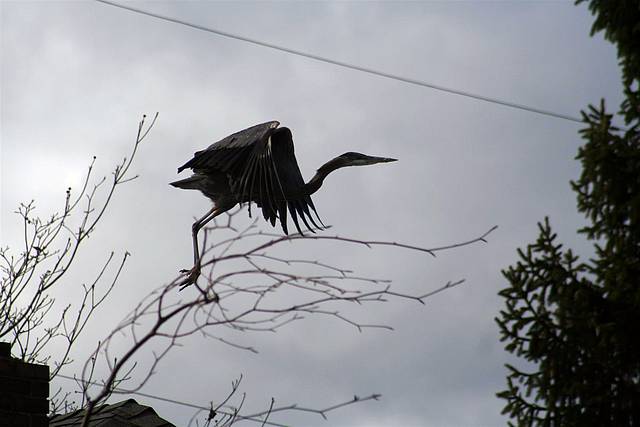 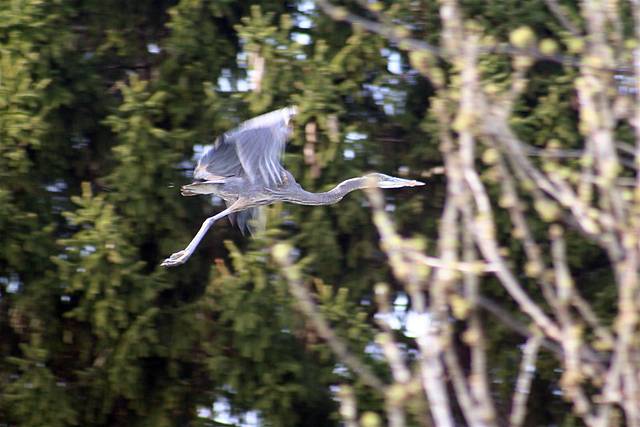 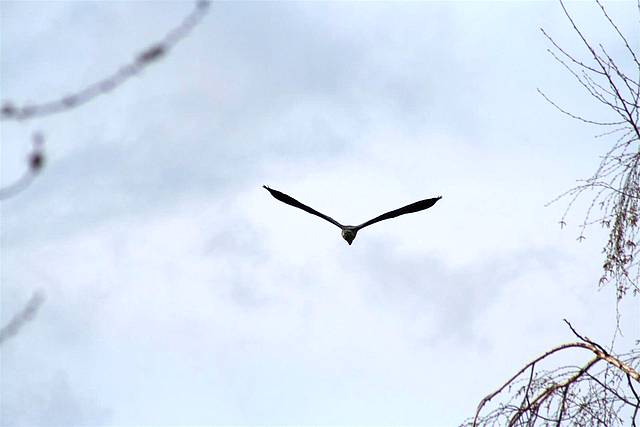 Heron comparison - my photo is at left, the right is courtesy Mount Diablo Audubon Society (http://www.diabloaudubon.com) 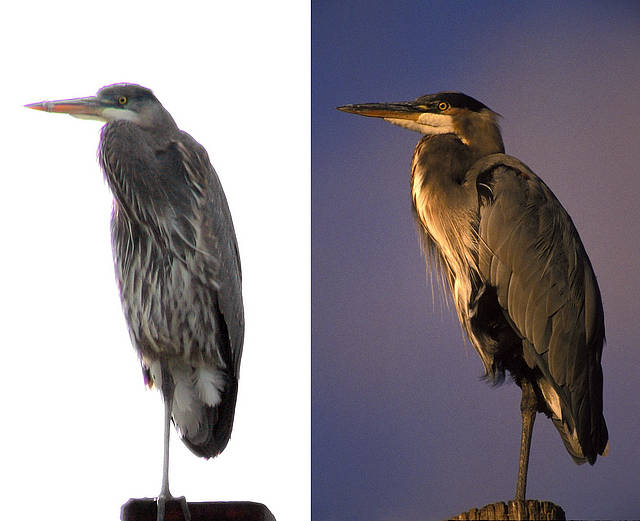