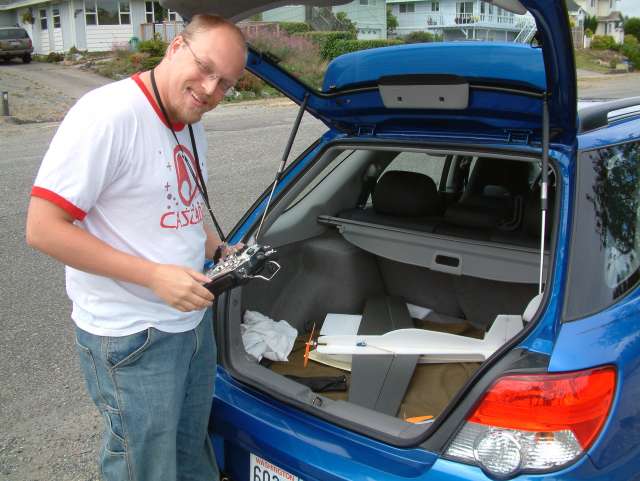 Sarah headed off this morning on a trip up to the lavender festival on the Olympic Peninsula. Gavin came over last night and stayed so we could dink around today. After some breakfast we took advantage of the calm morning and found a nice little park a handful of blocks from here in which we could fly his RC plane. I filmed with my digital camera while he rolled and looped his plane around in the air. There was a bit of a breeze after a little while so the flying was a bit choppy. Unfortunately, a quick glance away and some low-to-the-ground flying soon put a halt to this activity as his shock flyer smacked into the ground. Seems like Gav thought some cracks in the styrofoam could be fixed along with replacing the broken propeller but he was still bummed nonetheless. Cheer up, Gav, I got the whole thing on film!

The rest of the morning and afternoon we spent back at the house cruising through a marathon session of web development to get a new website setup for Gavin. We designed a really flexible database and began creating an interface that could be used to create rapid-fire blog journal entries and sectionized how-to like entries all with photo and comment capabilities. Should be a nice site once all is said and done and I'll probably continue to help him finish it off so I can reappropriate the code for use as other people's blogs. You can visit the work in progress on Gavin's site at http://www.gavinjensen.net/

Early this evening we headed toward Puyallup to have a low key bar-b-q at Holly's parents' house. On the way a woman more concerned with her McFlurry than her driving looked away from the road for a second and tapped Gavin's car from behind. Fortunately I called after losing site of Gav on the road and came by to snap photos of the minor damage and of the woman's license and insurance card. Although she may have been weirded out by the fact that someone armed with a camera could so instantly come to Gavin's aid, I chalk this one up to always being prepared.

Anyway, after a brief detour through the windy neighborhoods of the South Hill area (like a freakin' maze they are!), we had a nice evening winding down with the Johnson's, enjoying the tasty food and wonderful evening weather.

Oh, then I played some Half-Life 2 online tonight with Matt. Always a good time. 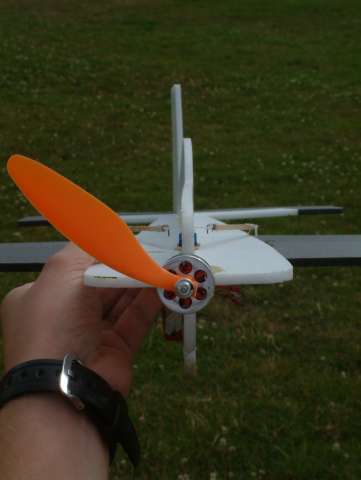 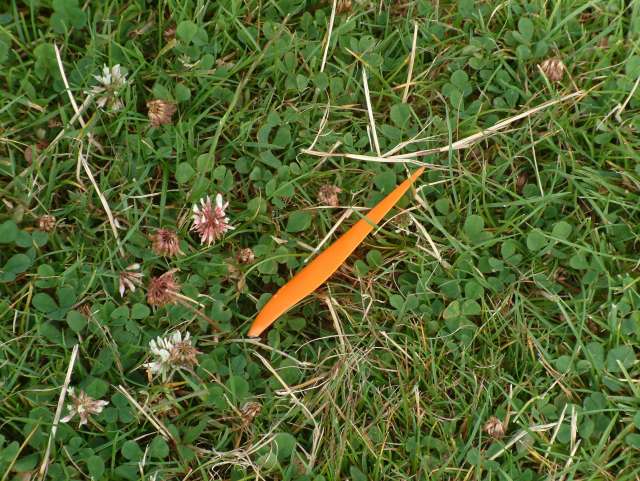 Sorry 'bout your plane, Gav, hope it fixes up easy for you 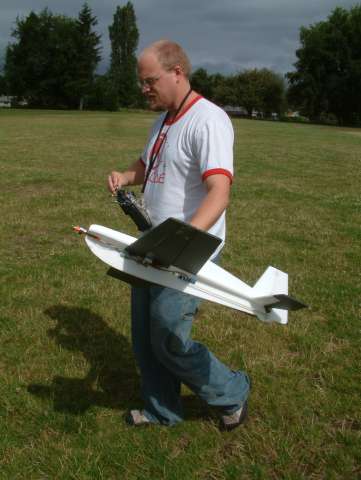 Photos ~ Flying with Gavin and Steve