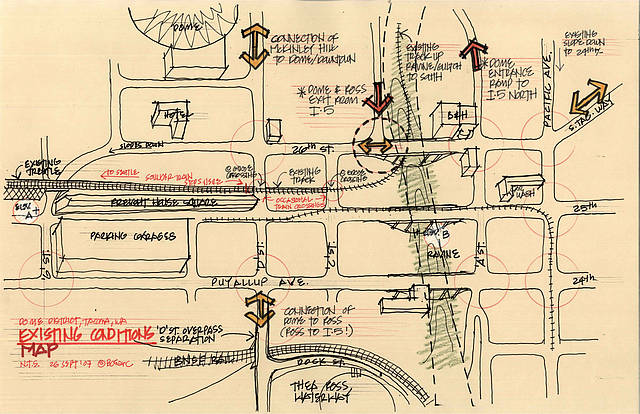 Tacoma Planning Commissioner David Boe sketched his concern for Tacoma City Councilmembers today. He's concerned that the Sounder train extension through SoDo will cause problems that could "have a lasting impact on the viability of future development for all of Tacoma".

Here's the entirety of the description of the "before" and "after" situation from his email along with sketches he made of both scenarios: 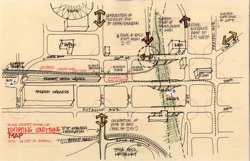 It is really important to have an understanding how the existing circulation works in order to see the future impact of such a significant public infrastructure development.  Here are a few points to ruminate upon when in the District:

Using the above diagram, I did an overlay to illustrate the impact of the current proposal: 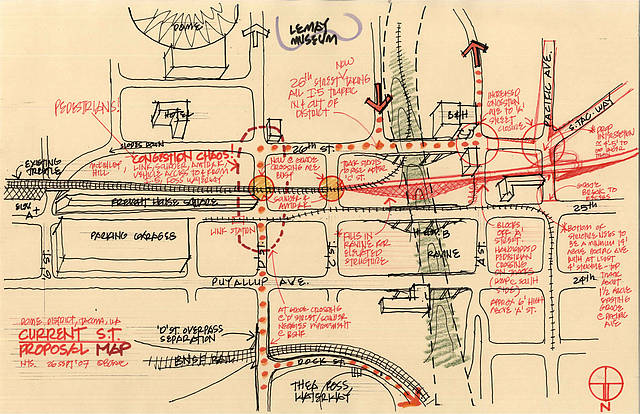 Dec. 9, 2009
On a frigid day I joined others at the corner of South Tacoma Way and Pacific Ave. to watch as a massive procession of police, fire, and other service...