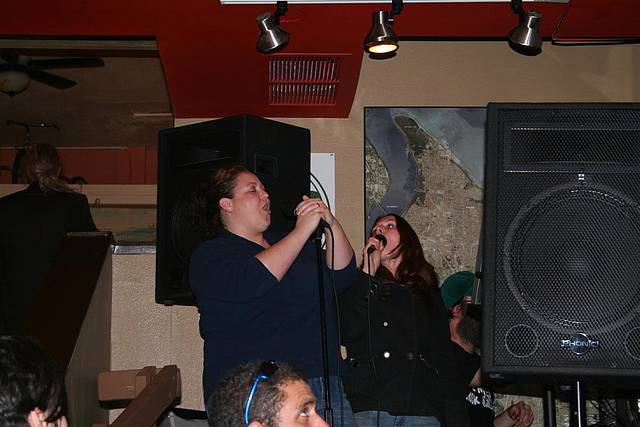 PSP Karaoke Brought My Voice Back

Singing was a huge part of my life all through high school and through college. After that, life seemed to get the better of my musical side as I cruised from day to day. I was really happy to pick up my trumpet to play with the Horns of Destiny for Dia de los Muertos late last year. But I've missed using my voice instrument, too. Sappy, yes I know, but this sort of thing happens sometimes.

Last Friday after work a few friends and co-workers headed over to Puget Sound Pizza for dinner. We ate, had some great conversation, shared some laughs, then realized it was karaoke night and decided to stick around. The dinner crowd (a.k.a. normally people like me and Sarah) thinned out and left the place downright chill. Once the bar crowd came, however, PSP was doing just fine. We rifled through seemingly endless pages of songs in thick binders from which everyone chose their requests. Michael was up first to lovingly perform his own personal rendition of a song called Gay Bar. I just want to say, wow. He belted it out like a death metal rocker but forever made an impression on us and likely most of the bar. It was hilarious. I got to flex a little of my expression belting out a the Commitments version of Mustang Sally and had a blast. Even got Sarah (and Roxanne, I think?) up to sing backup vocals for me. Later, Nick and Michael did Sir Mixalot's Baby Got Back and had even recruited a couple honeys from the crowd to dance. Apparently Nick just wasn't into it enough 'cause one of the ladies repeated stole the mic from him to show him how it's suppose to be done. Noted. The evening rounded off with a terrible version of Young MC's Bust a Move by me (I did OK but the synthesized version of the song just didn't get me into it and wow is that video awful) and a lovingly mostly shouted version of the Fresh Prince of Bel-Air theme song by Sarah, ensie, and Ashley.

Before we knew it we were out 'til 12:30am and didn't even know it. Thanks to karaoke host Colin! We really had a great time. 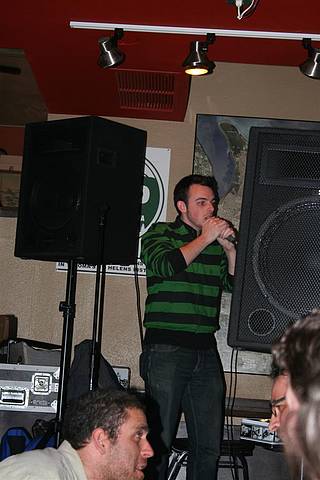 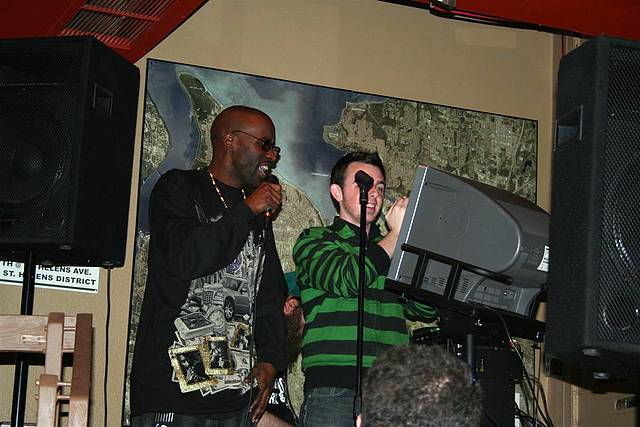 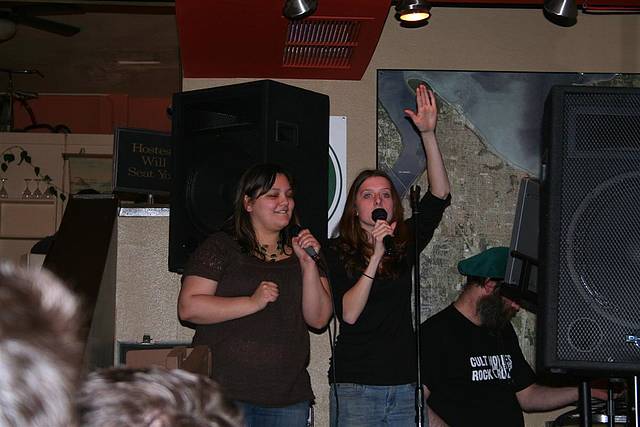 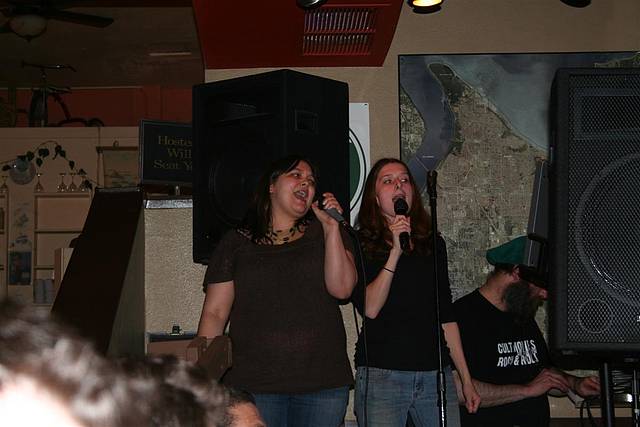 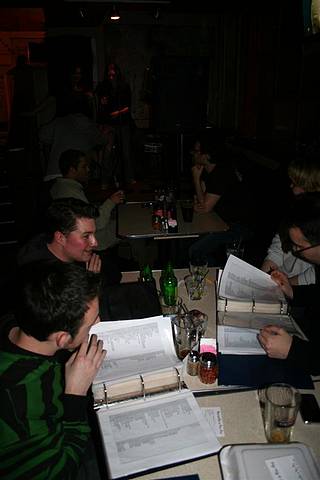 Tacoma Beer Society and a Day at PSP

Dec. 20, 2007
Somehow yesterday the stars aligned and their gravitation pulled me into PSP. Starting with the FeedTacoma Feed at breakfast I filled up with a plate stacked three high with...

Oct. 11, 2007
Today is Puget Sound Pizza's 3rd birthday and Jim couldn't be more proud. Celebrate with them tonight as DJ Aaron Mack will be spinning 80s music and more starting...