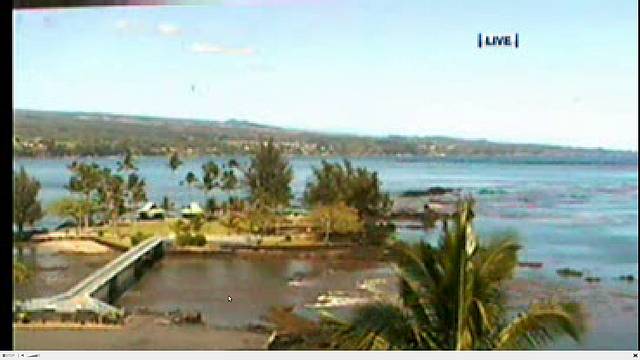 Spent some of my day today following the tsunami warnings issued to the islands of Hawai'i after a massive 8.8 magnitude quake rocked Chile. A local station streamed live video from a camera looking out at Coconut Island and Hilo bay. As the time passed for the initial tsunami threat, though seemingly not terribly if at all destructive, their footage showed dramatic tidal motion on the bay. Changes that may normally occur with extreme tides over hours were happening in minutes. I snagged and labeled screenshots of their video so you can get a sense of what even minor tsunami action can produce.

As an aside, to me, the Big Island of Hawai'i is a spiritual home away from home of sorts. After spending time there studying the geology and natural and cultural history of the island I left feeling very connected to it (heck, I look at real estate prices there from time to time). The news of a tsunami warning there was troubling but I'm pleased as Hawaiian Punch (sorry, that was bad) it doesn't seem there was much if any damage or loss of any lives.

Of course, my thoughts go out to the people of Chile as well as the numerous other regions (Japan, Argentina, and of course Haiti) recently rocked by large quakes. Let's hope that when our time comes for the "Big One" the rest of the world will return the support.

1:39pm PST - Note the small beach to the right of center, the rocks/reaf off to the left, and the direction of the white water in the foreground 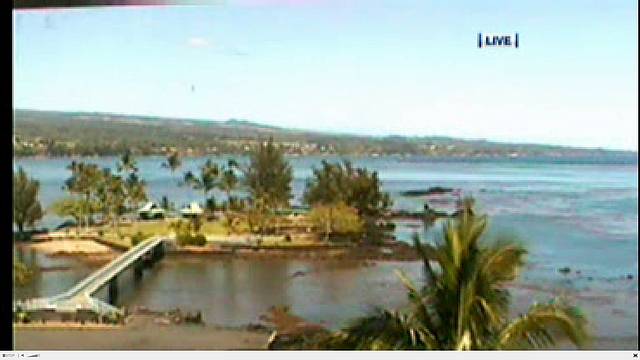 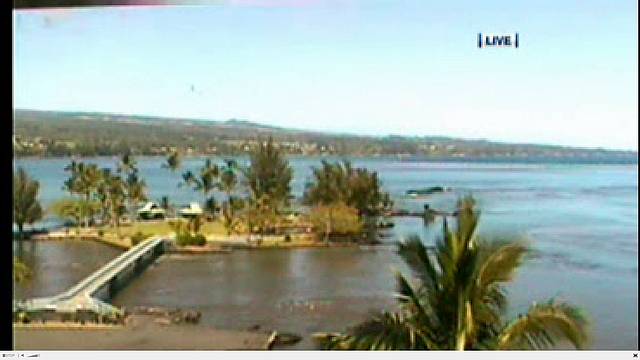 1:49pm PST - Water moving from the left out into the bay toward the ocean 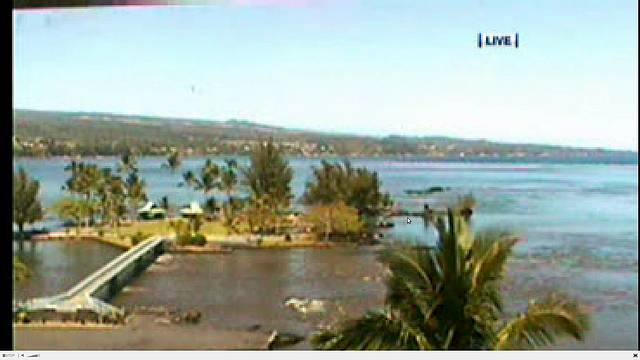 1:53pm PST - Water moving toward the left into the bay 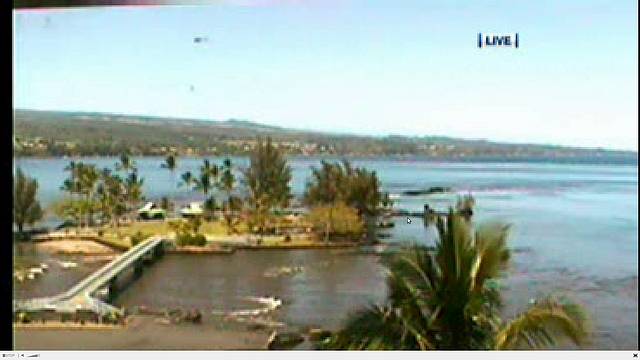 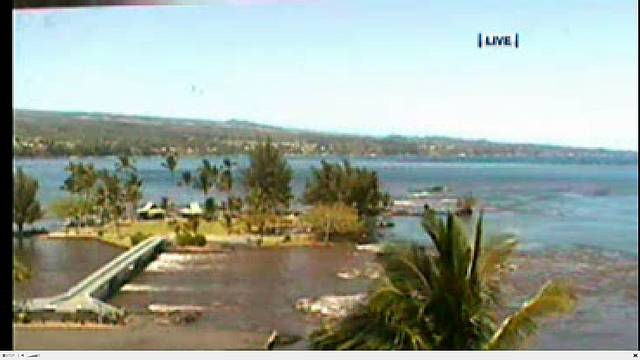 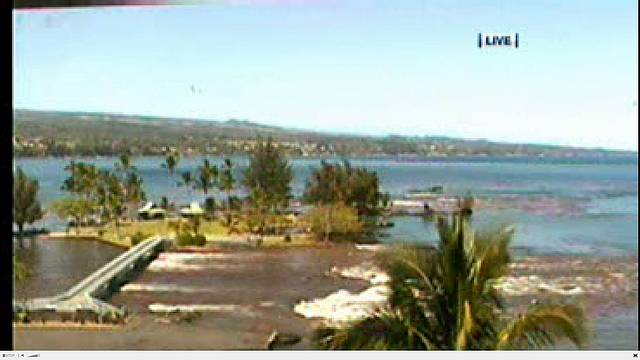 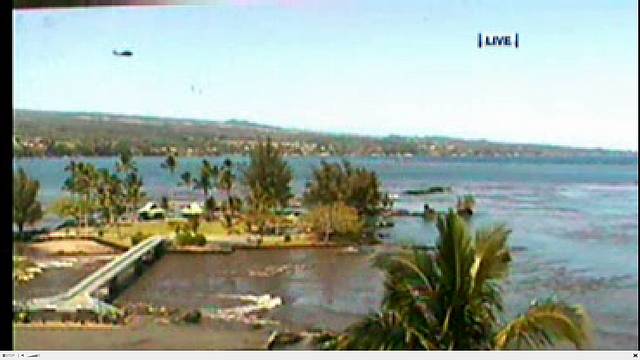 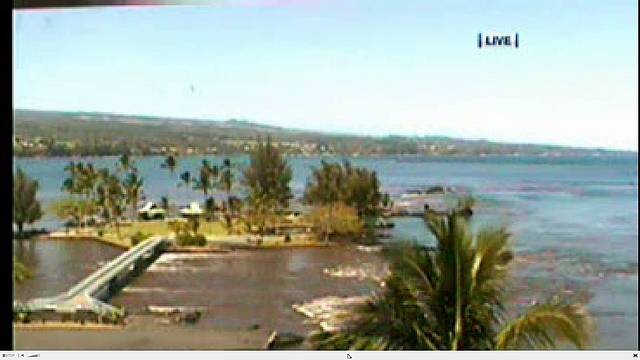 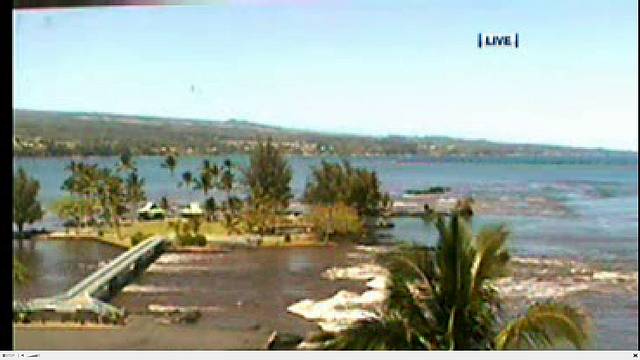 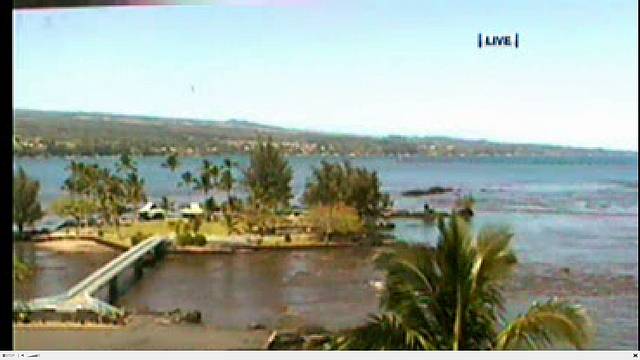 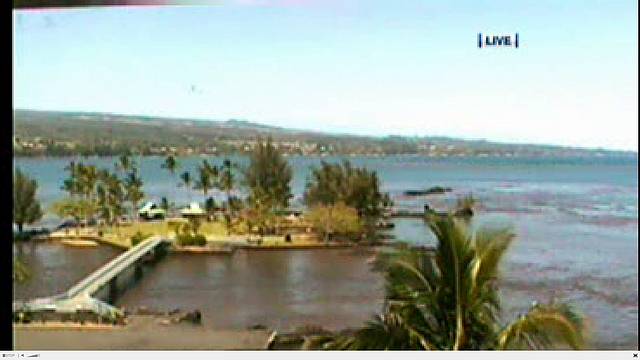 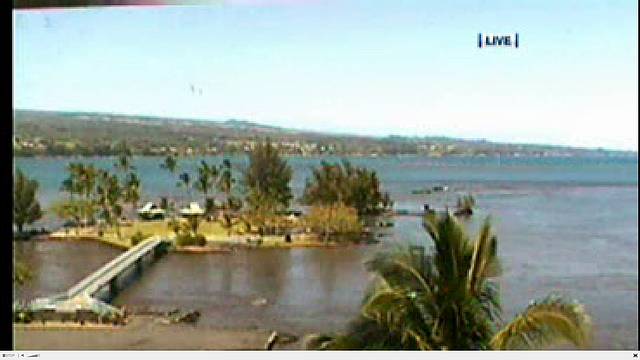 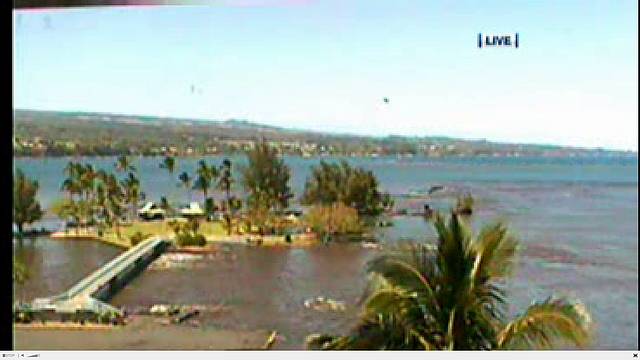 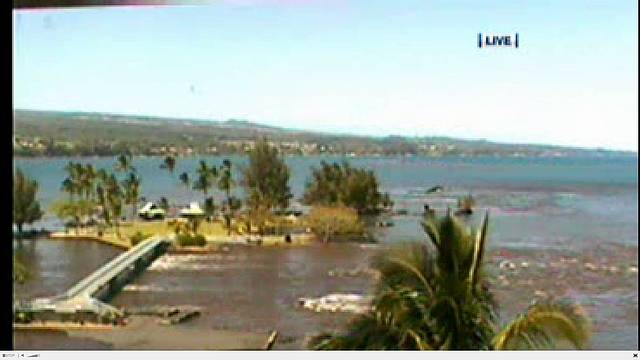 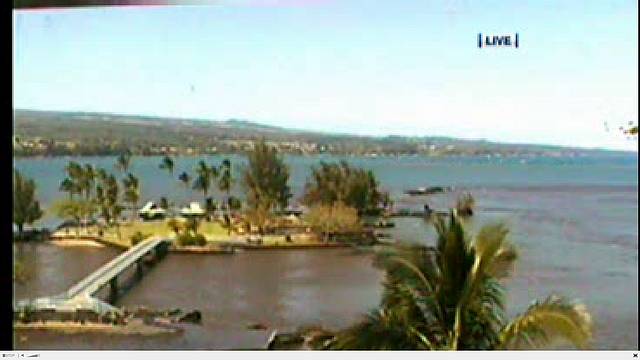 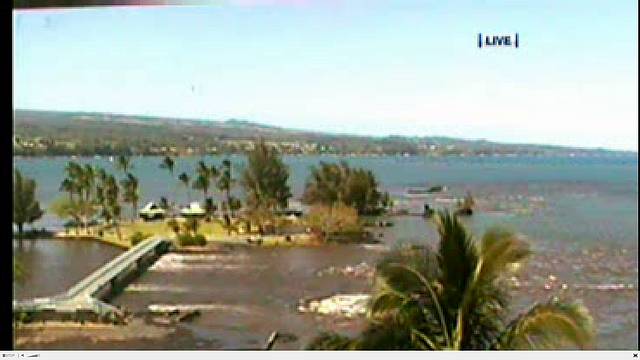 Feb. 6, 2013
Though Connie and I chose not to stay at Mahukona our first night on the Kohala Coast we headed there this morning on multiple local's words the whale watching...

Feb. 5, 2013
Today we slowed things down a bit with less driving. Connie and I started out at Kua Bay beach park for some sun and relaxation. The beautiful beach was...

Feb. 4, 2013
It was hard to get over how beautiful our camping spot at Laupahoehoe really was this morning. Connie and I enjoyed watching the sunrise and surf for a while...

Feb. 3, 2013
Our lazy morning started out with a dip in a small, volcanically-heated pool in the very campground we were staying. Connie and I shared the pool with a family...