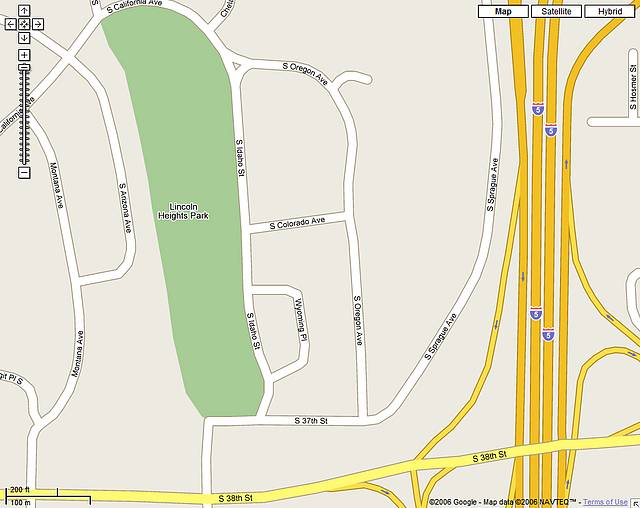 As I'm a big fan of using Google Maps (double true!) I use it often and even find myself virtually strolling around town with it -- you never know what you may find! Yesterday when looking for a decent local part near work for an afternoon game of whiffle ball I was reminded of a little part over off S. 38th that I was sure sat behind the Costco there. The map, however, seemed to show a much bigger park than I could place and, only until I switched over to a satellite view, was I made acutely aware of how a piece of technology is only as good as the humans putting data into it.

The not-so-recently built Costco occupied nearly half the former park bounds. The maps idea of the parks size is completely false and simply needs updating. The thing that strikes me is that these inconsistencies exist plainly visible from within their own system. Now, I'm sure cartography isn't an easy business no matter working in the paper or digital realms but you think there'd be an advantage to having smart people at Google around. I could easily invision algorithms being written comparing old and new satellite imagry or maps that could differentiate a patch of grass or trees and a gray, square building or new straight line road.

Maybe I'm just dreaming a bit here but waiting for a human in their midst to find and point out this kind of problem when you've got a whole world full of detailed maps seems like a bad idea. But, in case anyone's wondering, Lincoln Heights Park isn't as big as the map says so you may think twice before heading there to fly a model plane or throw around an Aerobee.

P.S. - The exact same thing is true in this particular spot on both Yahoo and MSN local's maps. Congratulations to them all! 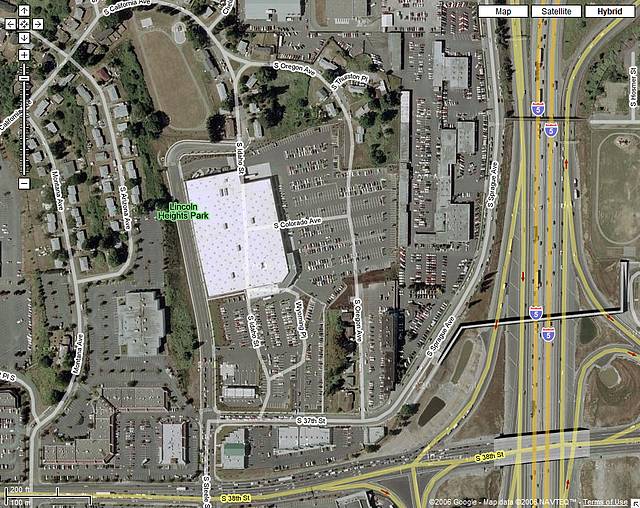 Dec. 28, 2005
Just as I was utilizing Google Maps to find the Ruby Tuesday's near our place for a friend's birthday dinner tonight, I noticed something funny. As I almost always...