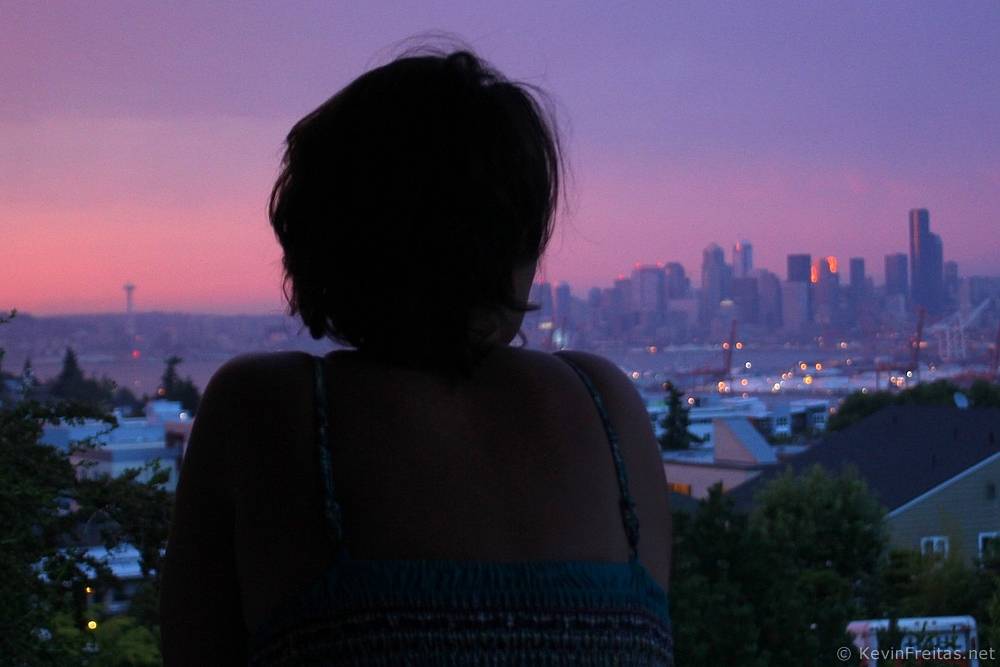 Insanely Beautiful Seattle Skyline Sunset (and other pics from today)

Today we took a couple brilliantly homemade sandwiches down the hill to our neighbor West Seattle Brewing to try out their beer and spend some time with people watching the World Cup final. Though the game was mostly over my head the beer was not -- though it went straight to it considering it was an 11% imperial stout. With that in my belly it was nap time for the both of us before I headed off to D20 Brass Band practice. Tonight we were treated to one heck of a summer sunset with colors that filled the sky and lasted over an hour. 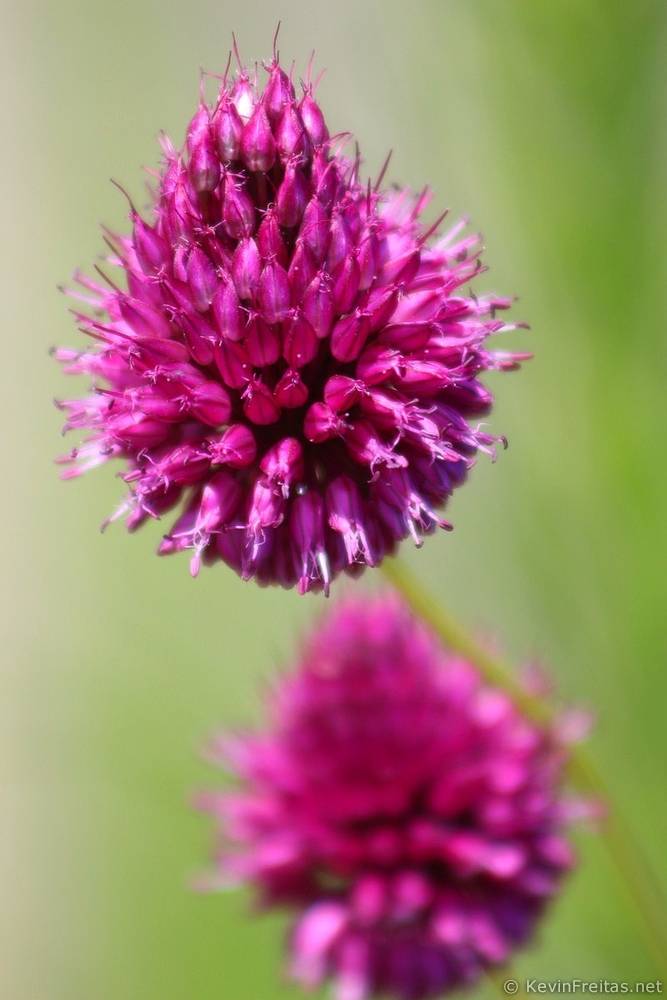 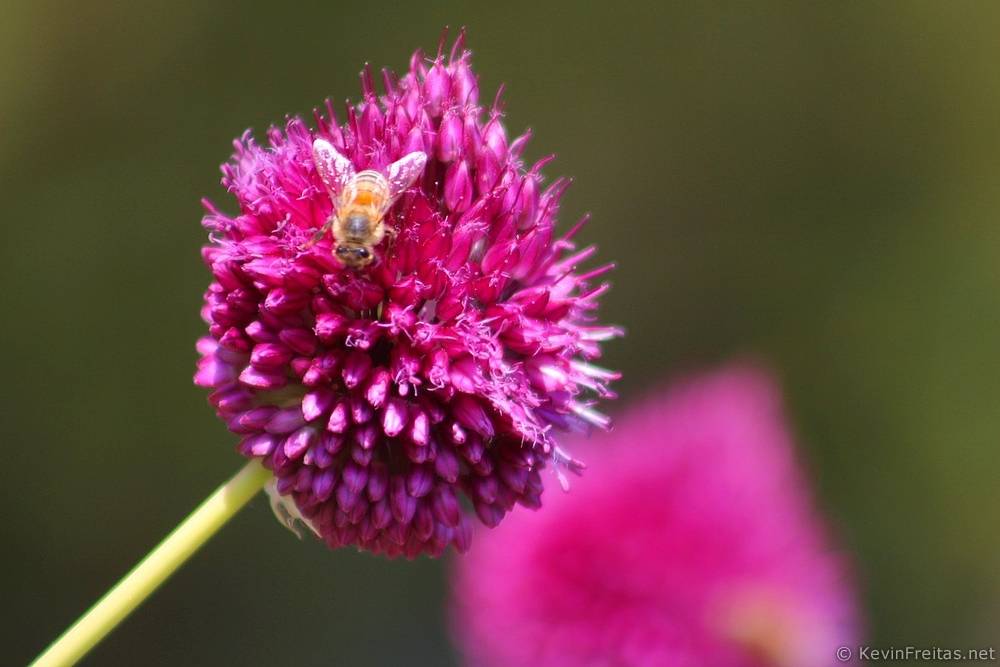 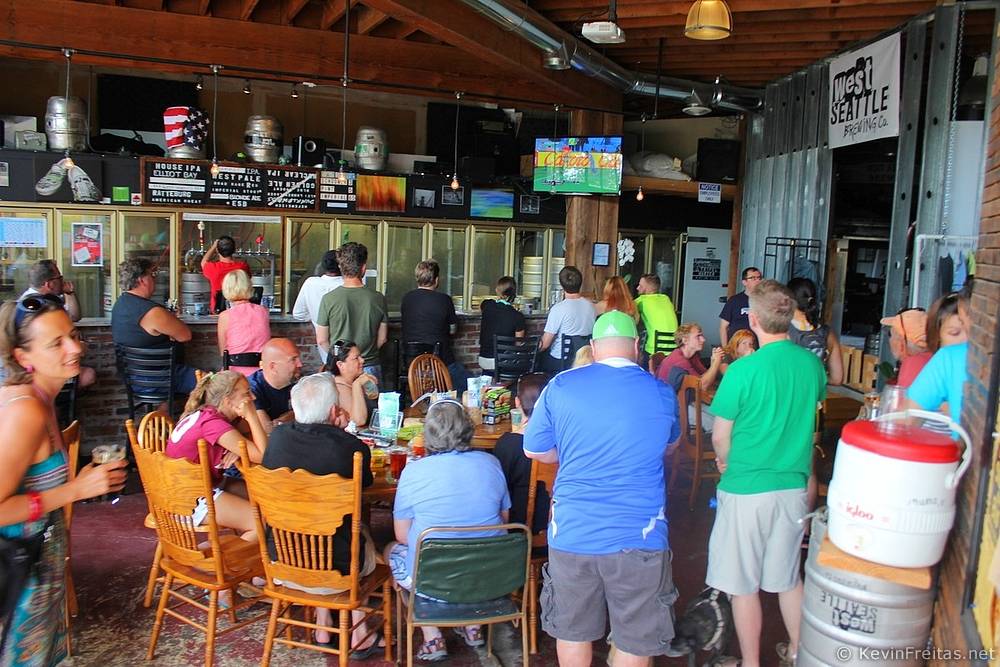 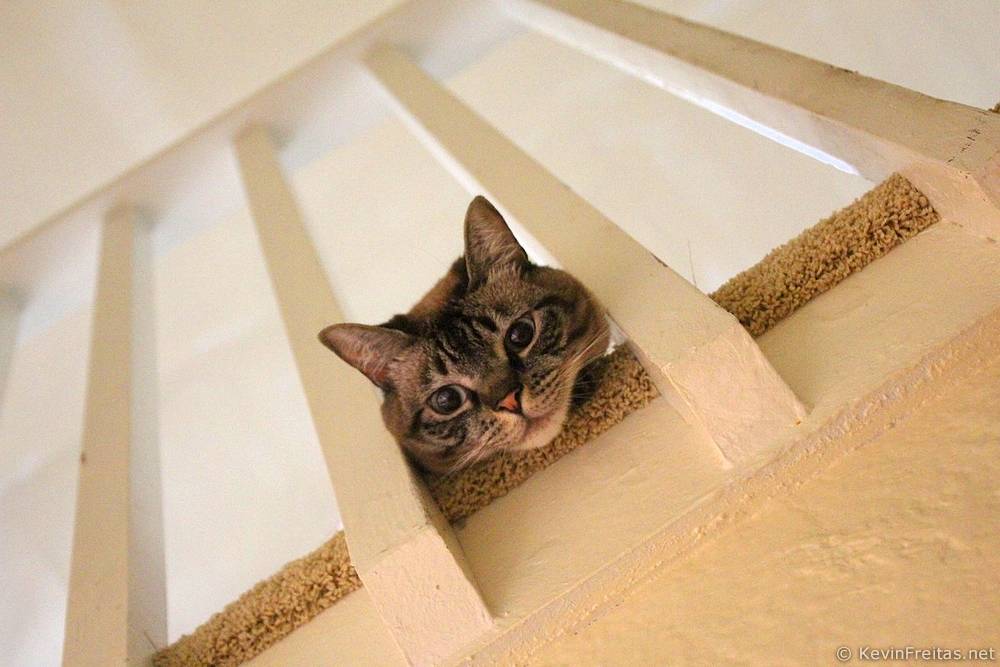 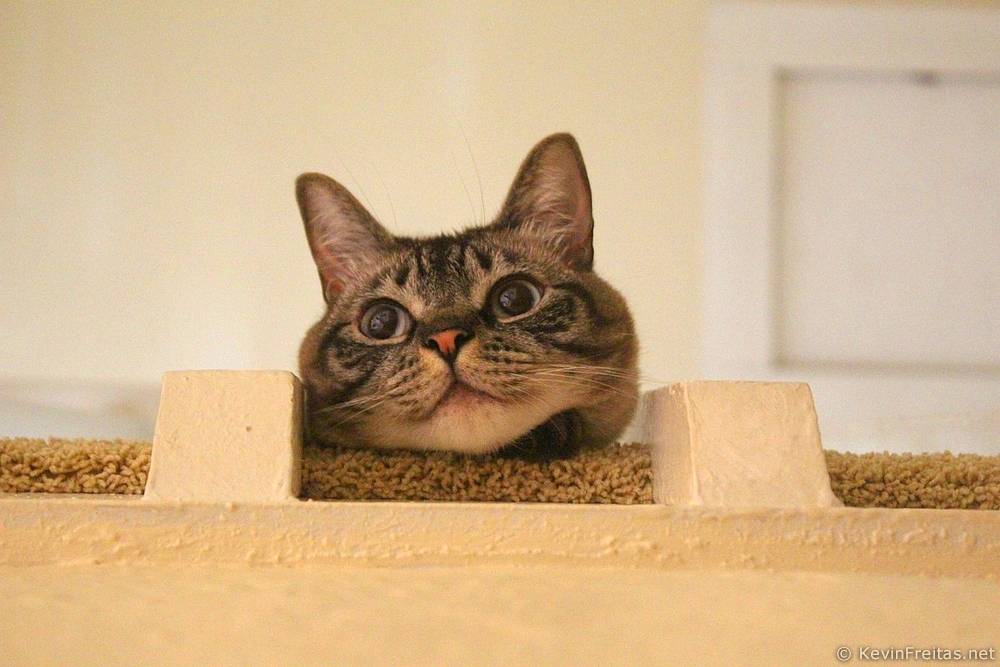 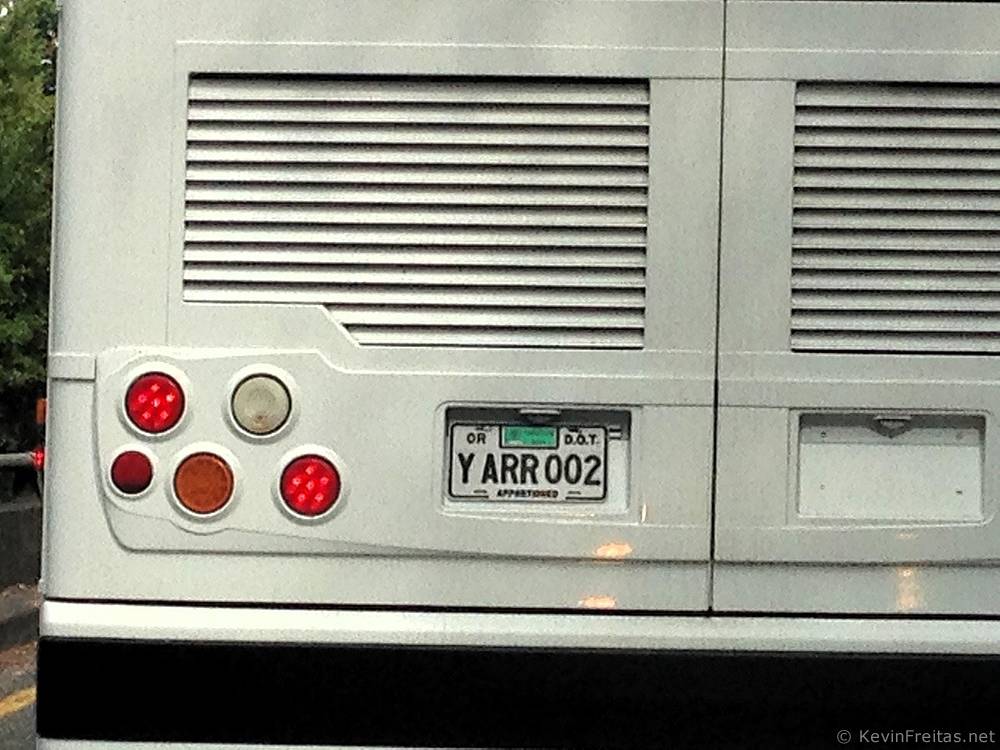 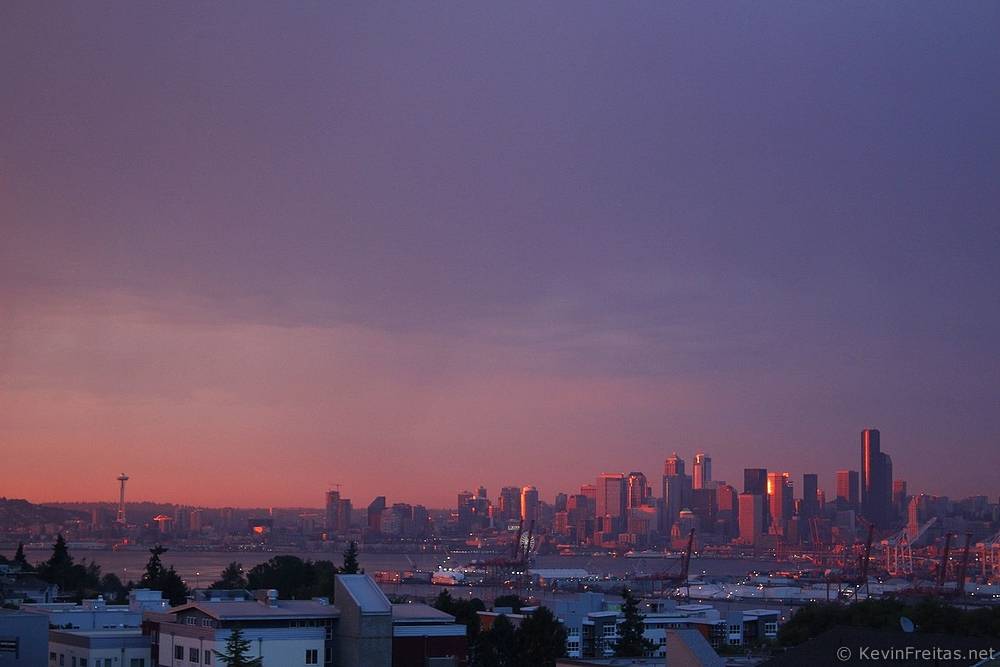 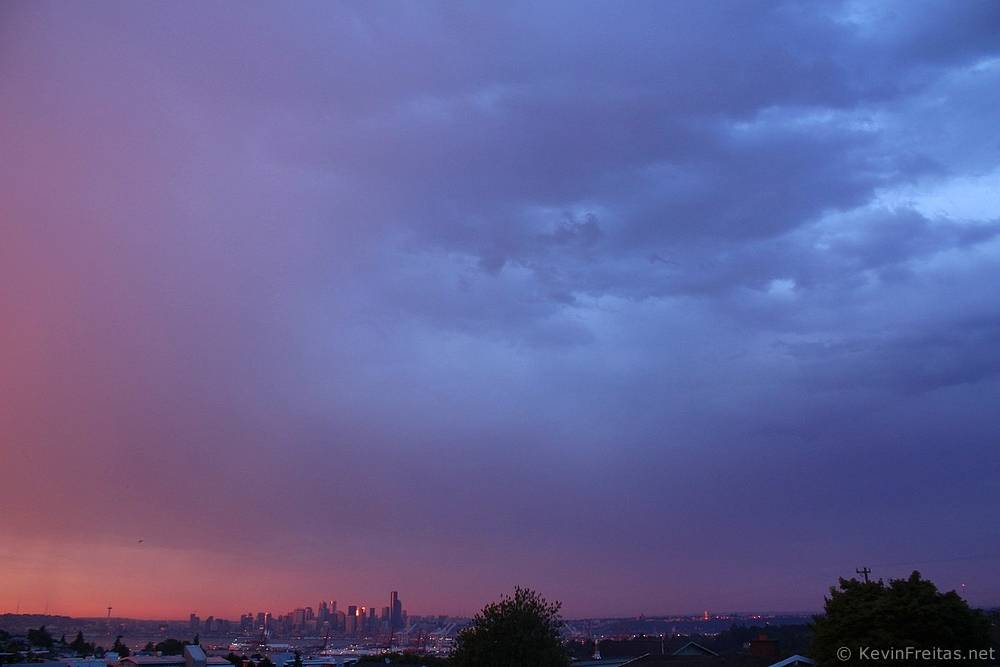 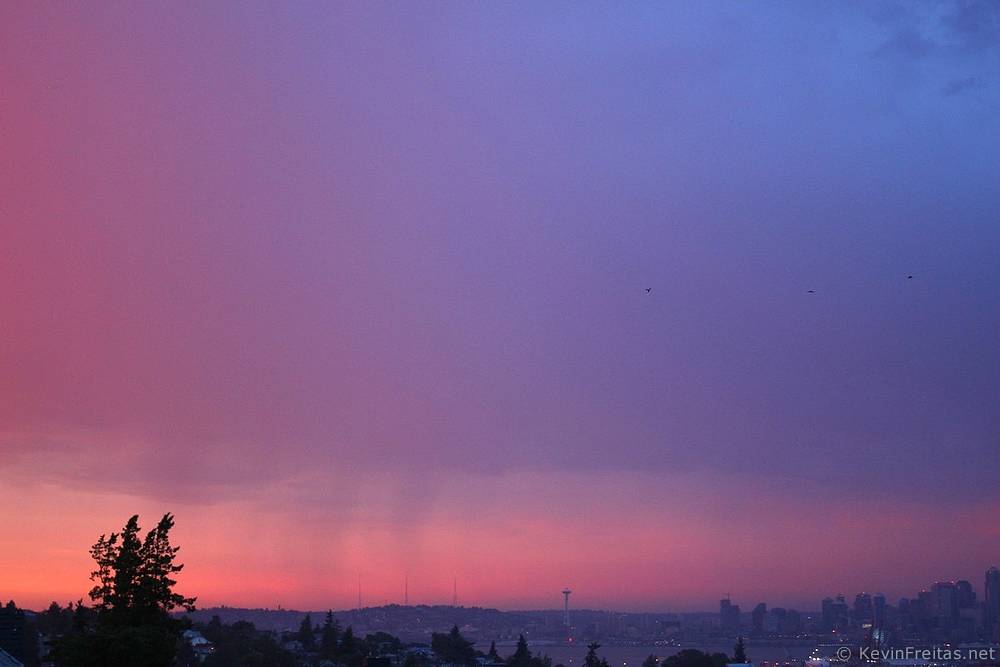 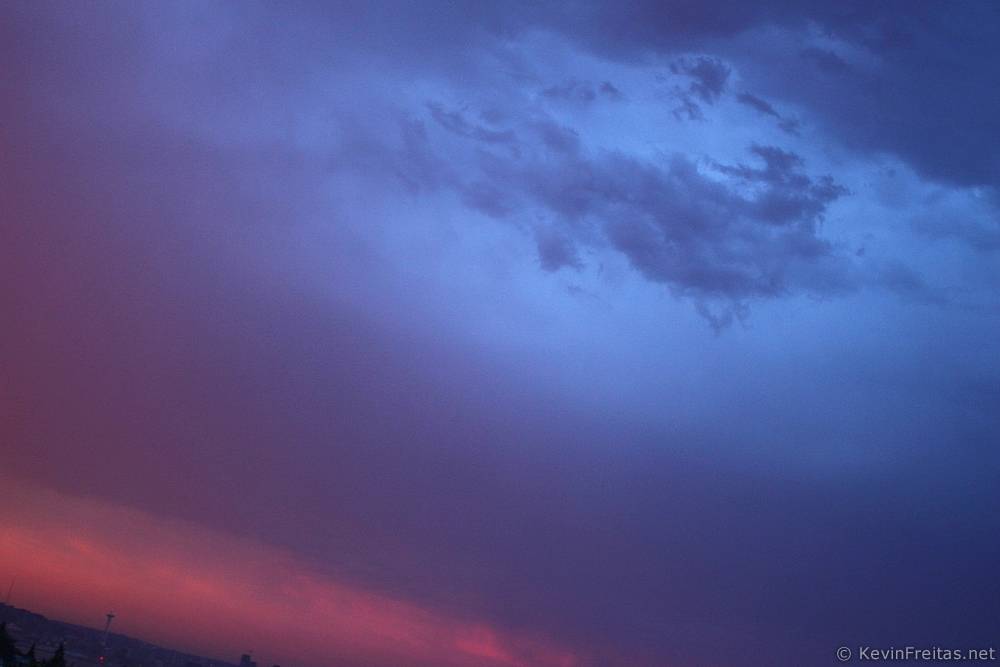 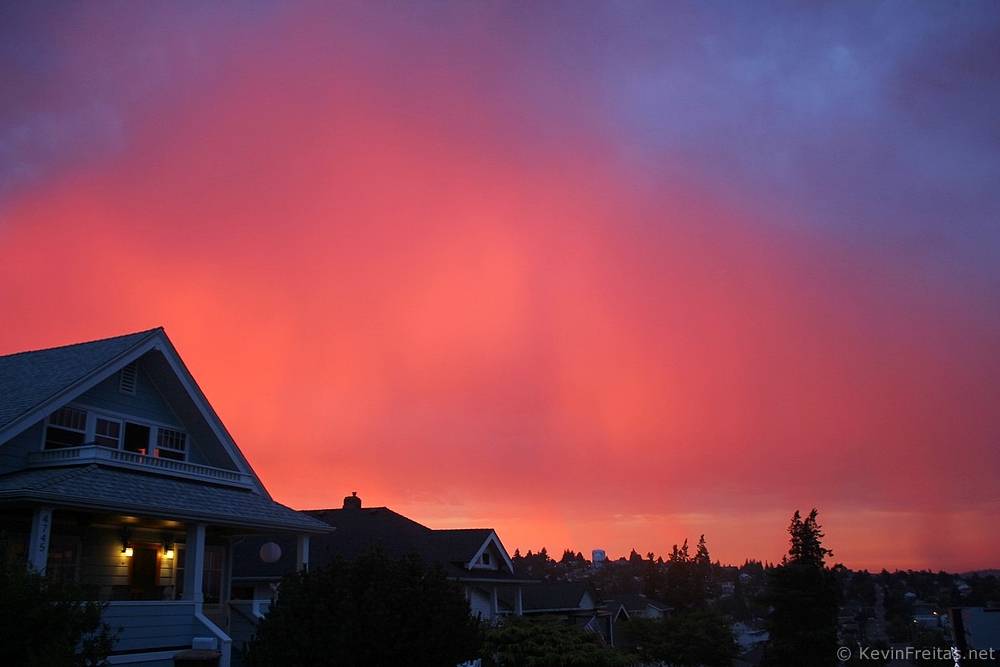 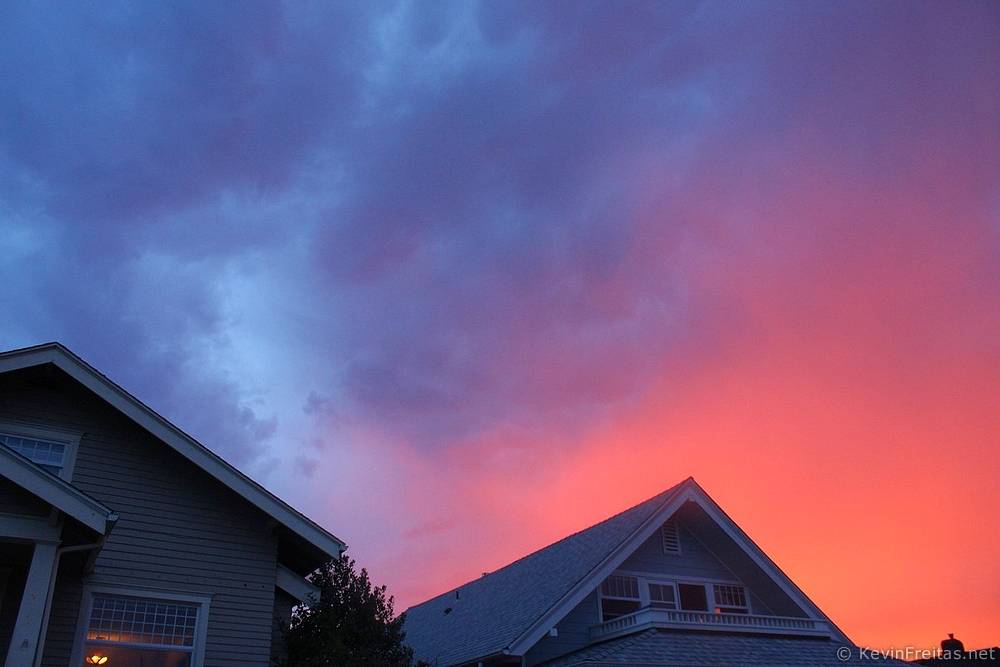 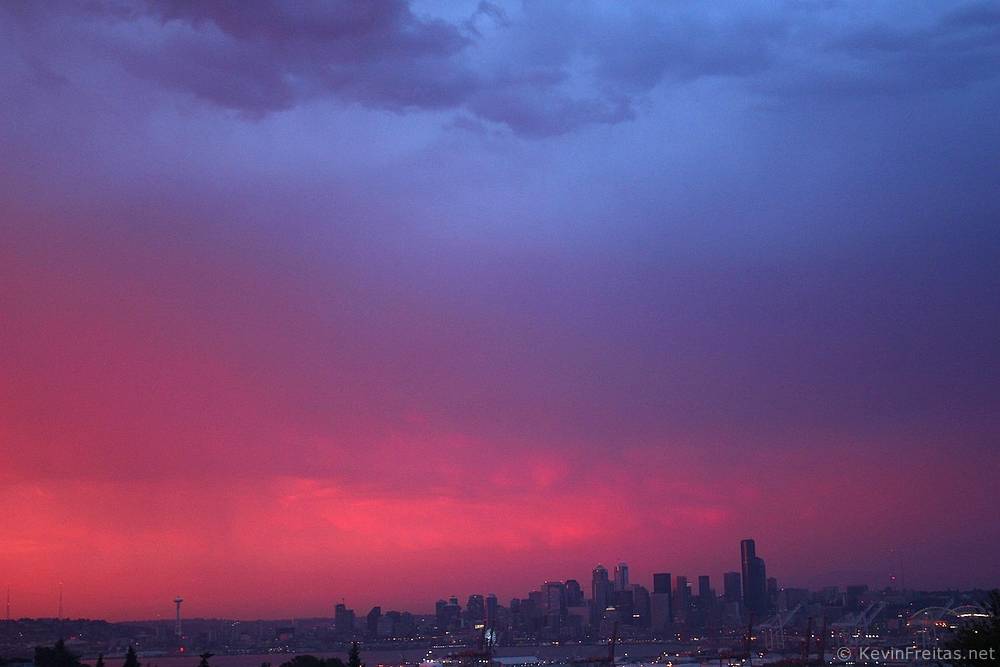 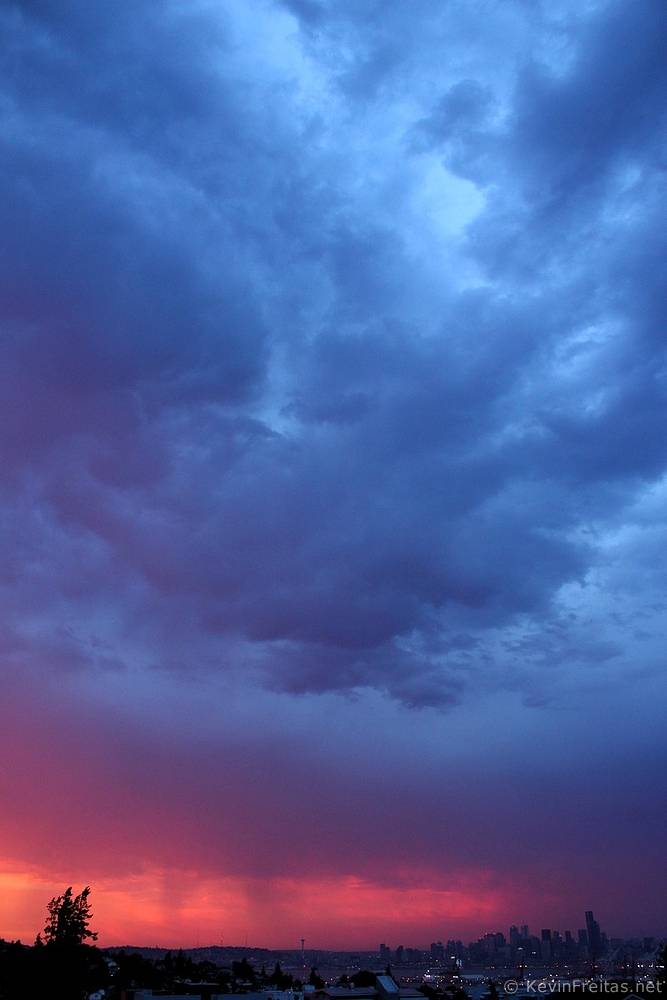 Apr. 23, 2016
This lovely bird dropped by our neighbor's roof to take a peek at their koi pond below. Though he didn't dive in for any fish treats, he did give...

Seattle and the Giants Above

Oct. 20, 2014
Clearings in the storm meant great views of some towering clouds against the Seattle skyline....

Lost in the Seattle Fog