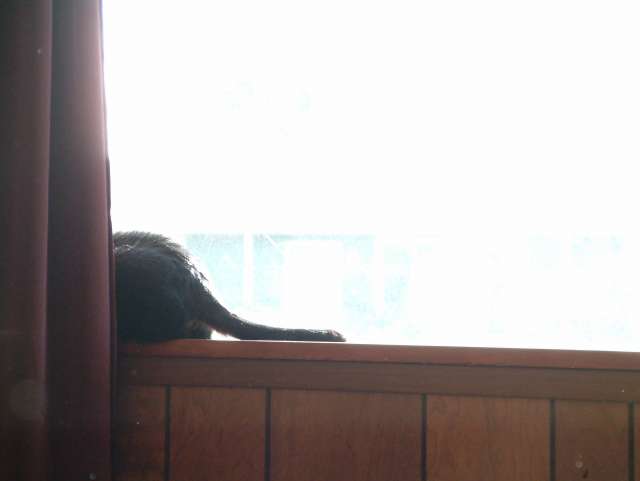 "It's the Kings not the Queens, you know"

After some last minute help for some folks at work Sarah and I drove south to the Portland/Vancouver area. We first met up with my dad, Uncle Lanny and aunt Lynn in La Center to have some lunch. I hadn't seen my parents' newly remodeled kitchen and must say it's really impressive. Beautiful, rich colors, amazing marble surfaces and cool lights now make for a stunning and useful food area. We chatted it up for a while then had some lunch before heading into Vancouver proper to spend some time with Sarah's mom on her birthday before heading to the airport. Unfortunately Mandy had a nasty stomach bug pay her a visit and she couldn't join Sarah's sister, Sarah and I on our trip to central California to visit relatives.

Sarah's mom dropped us off at the airport and a strange thing happened just before going through security. A young guy sat in a chair before the screening area checking photo ID and boarding passes. He made a comment to me something like "It's the Kings not the Queens, you know," which is just shrugged off and continued on. Just then, given the flamboyant shirt I thought was merely kinda' "old guy" looking, I figured out what he meant. He thought I was gay and was making a comment about said gayness and how it relates to something, as a gay man, I would surely know nothing about: sports and basketball. It makes sense since he saw that I was flying to Sacramento where the Kings of basketball call home. Now, maybe the guy was just joking around and was just saying all sorts of things to entertain himself at what must be a really boring job. On the other hand, maybe he's a serious bigot that figures he's got nothing to lose because he's got a chair just in front of airport security that if someone gay like me were to confront him he could just flag me and I'd be enjoying all brands of searches of my person for the next few hours.

It was interesting but I shrugged it off as a comment by someone incredibly unobservant because he failed to notice the wedding ring on my finger. Hope he's not so bad at observing items or clues that could jeopardize our very national security! We then at food before getting on our plane, landing, then driving to Modesto to stay the night. Wee! 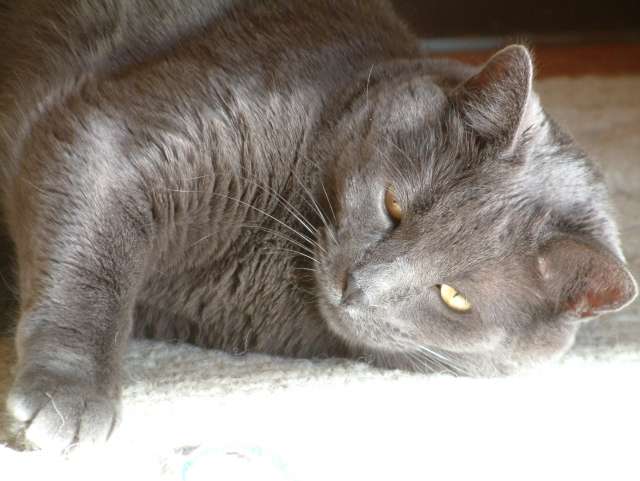 Saw a couple biplanes flying while driving on I-5 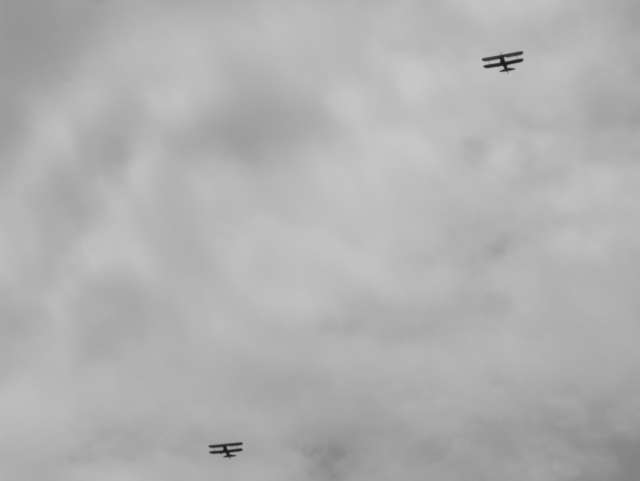 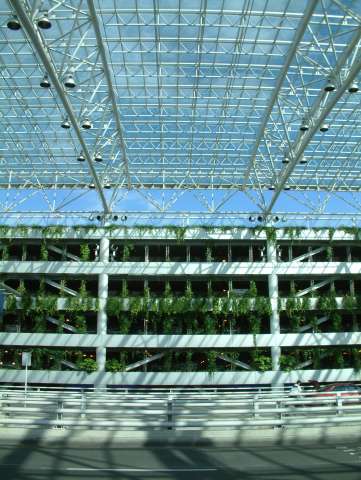 My shirt's not that flamboyant 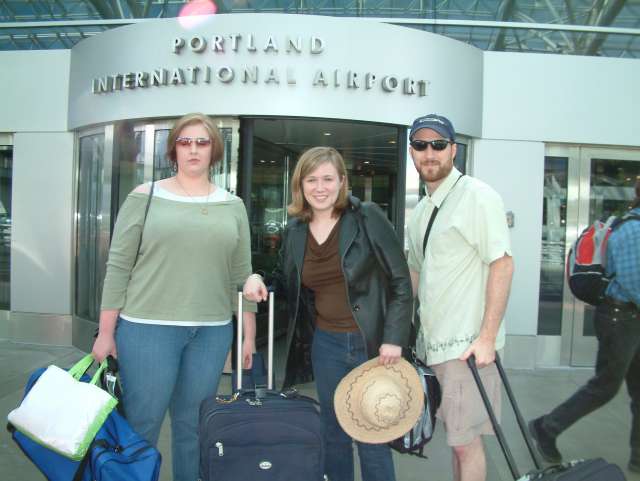 I thought airlines were kinda' a 24-hour thing 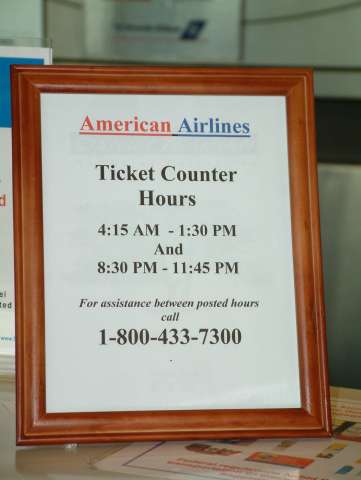 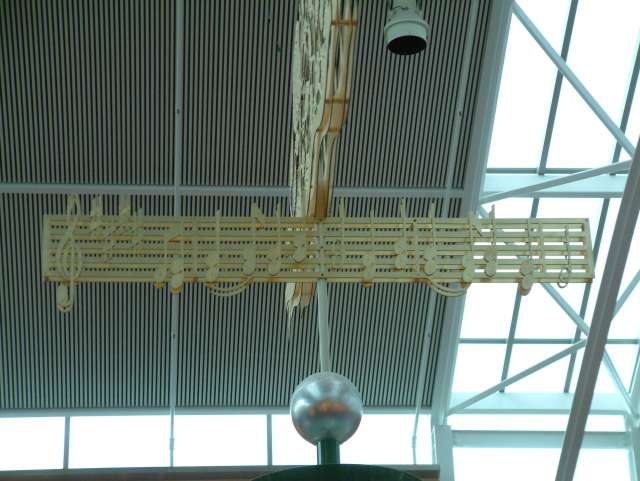 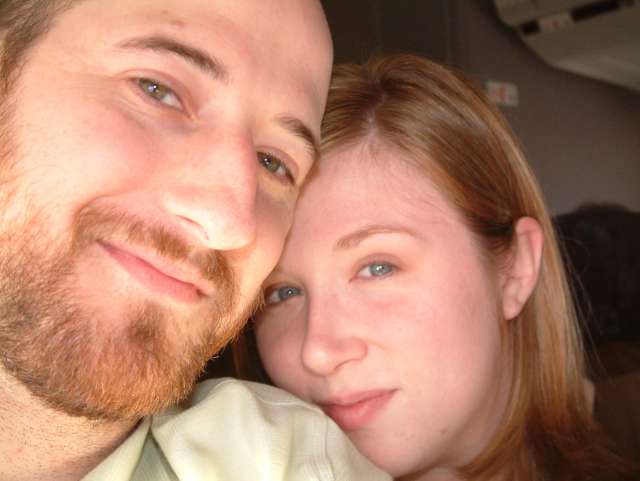 A squal of rain in the distance 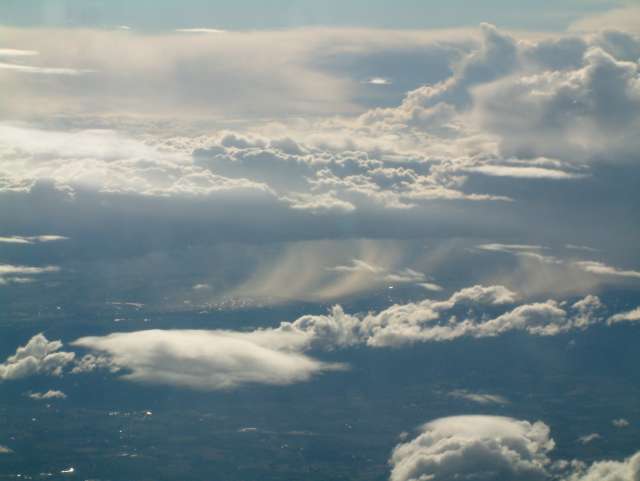 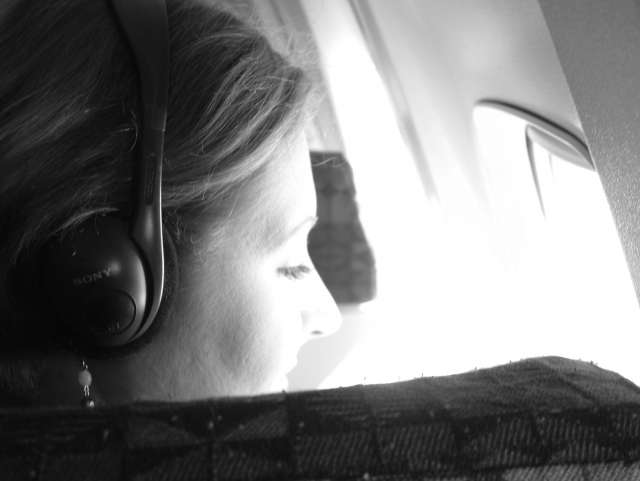 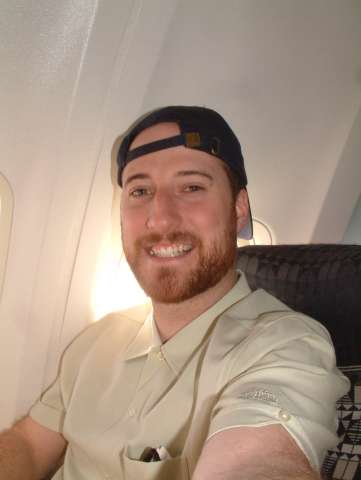 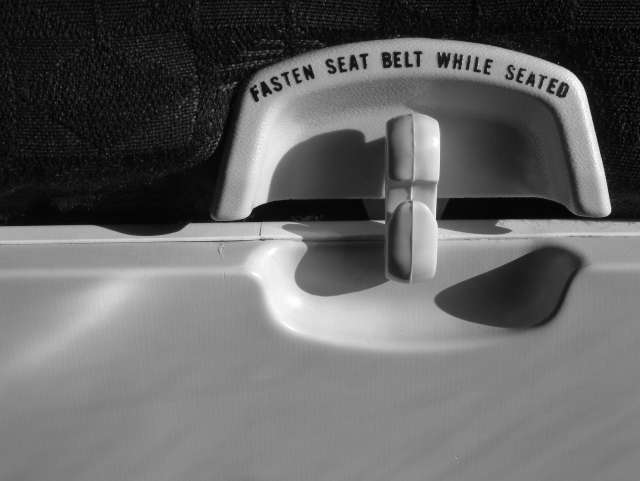 A peek through the clouds at Crater Lake in Oregon 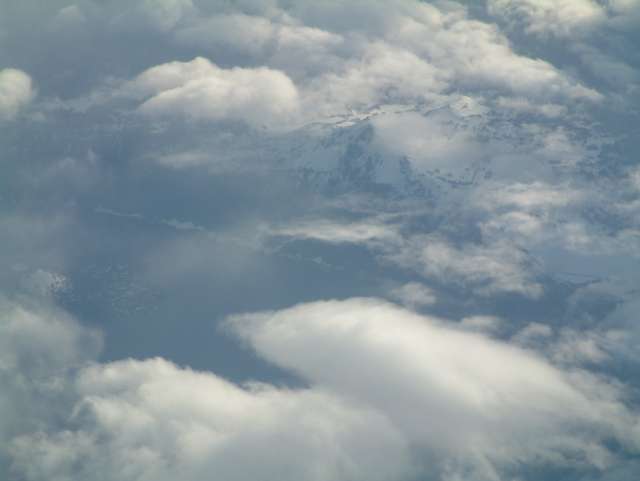 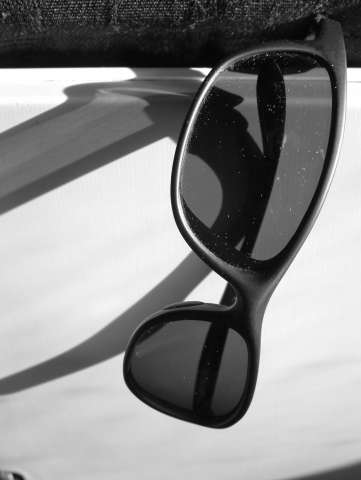 Sutter Buttes outside Sacramento from the air at sunset 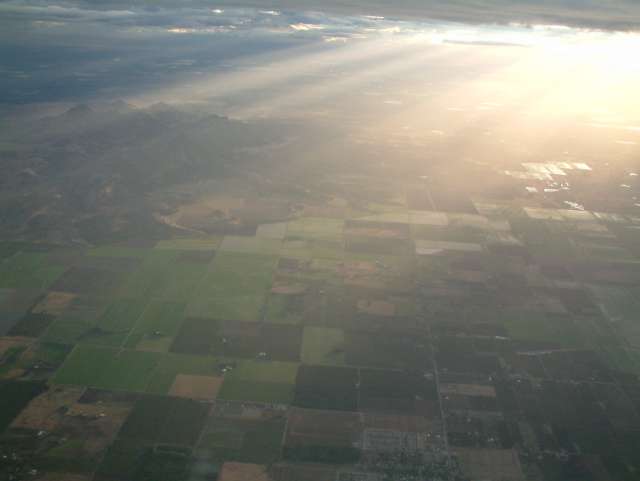 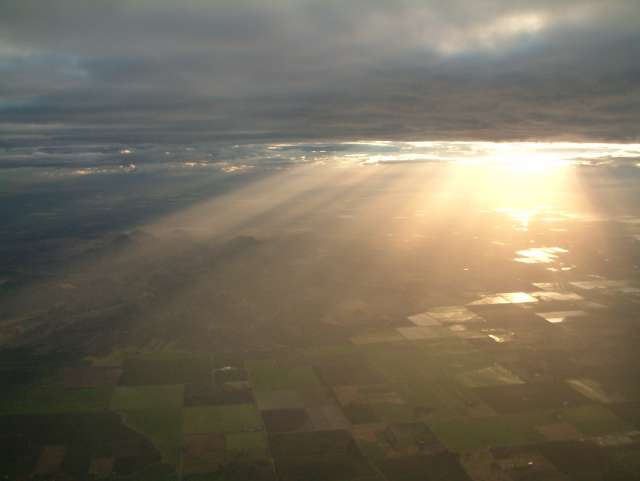 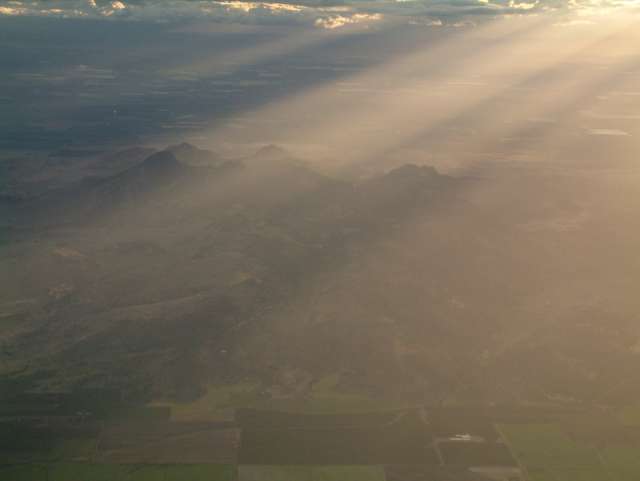 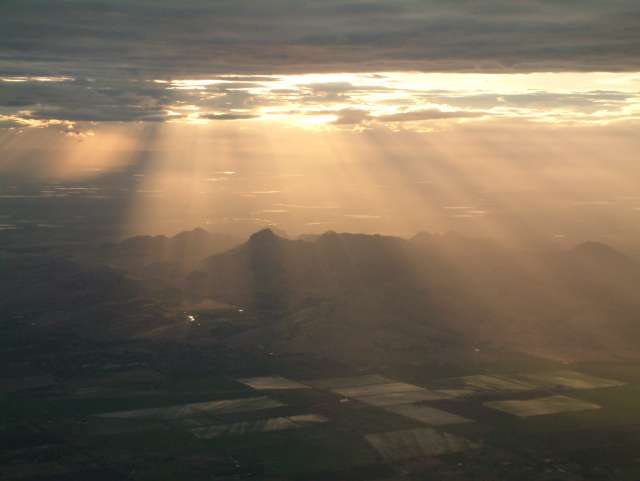