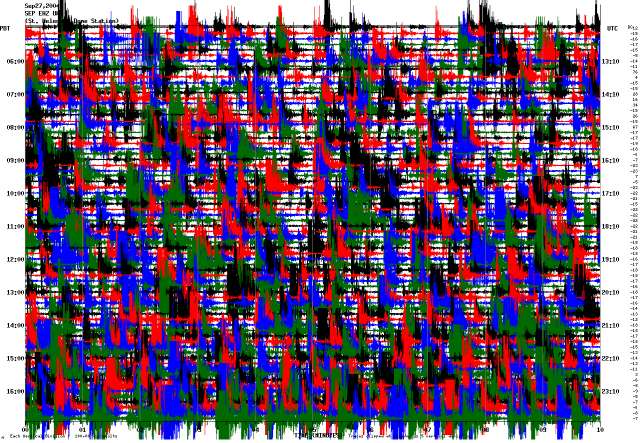 Seismic events underneath Mount Saint Helens have become more frequent in the last few days. Hundreds of microquakes are rumbling beneath the volcano's caldera and dome and could possibly signal the coming of a volcanic event. The chances of a major event like that which happened in 1980 aren't likely but a steam or ash eruption could occur. You can keep an eye on the giant through the volcano webcam or by watching seismic readouts from inside the crater.

Climbing up the mountain has also been banned for now. Although I'm sure it will still be standing tomorrow, I'm kinda' sad that I haven't climbed it in the last couple years. The last time I climbed Mt. St. Helens with a large group of friends it seemed to most difficult of the four times I've made the hike, even despite crystal clear weather. If the schedule permits I believe I'll plan on either hiking to the rim or doing an over night hike in the area next summer sometime. It's just too fascinating and beatiful an area not to visit once in a while.

The first image below is the seismic trace from inside the volcano as of the time of this post and the next is a quiet trace from he same seismic station less than a week earlier, decidedly less active. 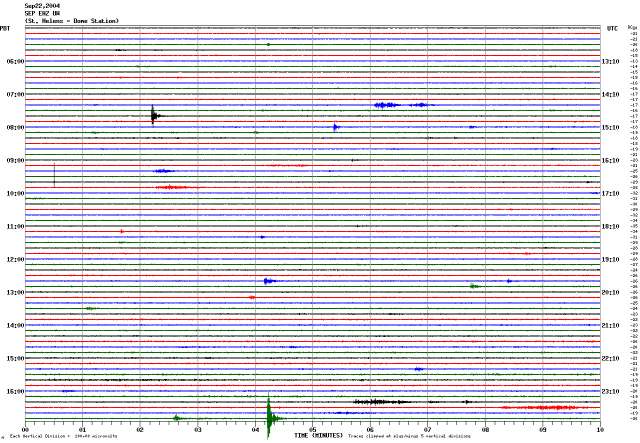 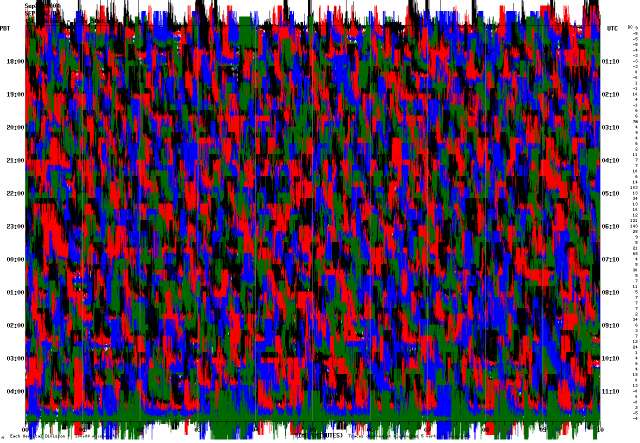 Mar. 8, 2005
Since Sarah was in class tonight I could practice my commercial-time channel flipping*. The regular national news that airs on most channels just before 6:30pm was preempted by news...

St. Helens still at it

Oct. 4, 2004
Mount Saint Helens is still rumbling and may possibly be getting ready for a decent-sized eruption. This morning around 10am a large plume of steam and some ash shot...

Oct. 1, 2004
Mount Saint Helens, as I mentioned earlier, has huffed and puffed and spit a bit of steam and ash out. Check out the seismic readings from a station on...

From dots, to lines, to limbs

Aug. 12, 2000
BOOM! No, that's not the sound of an explosion coming from the very volcano we saught to hike up today. That's the effect that the view from Aaron's cabin...