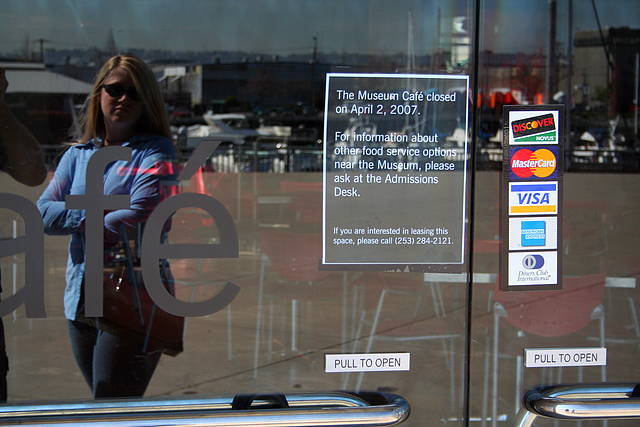 It's somewhat old news but did anyone notice that the Museum of Glass Cafe is now closed? Yea, neither did I. Sarah and I stopped by there a couple Fridays ago since we hadn't been for a while. A sign there and on their website reads: 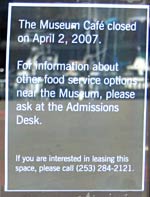 For information about other food service options near the Museum, please call 253.284.4719.

Would you lease that space? Apparently the general lack of patronage along the Foss waterfront helped another business succumb. With the vacancy of the old Blue Olive that entire stretch between 509 and Johnny's now has only the William Traver Gallery and the MoG Store -- not great variety for any resident or tourist. Otherwise, the place is dead.

So if you want a nice quiet/desolate walk with no one else around along side some lovely boats and a calm waterway, the Foss waterfront is the place for you. Like to see so life down there? Then what's it going to take to get some businesses to work? My vote: deeply discounted lease costs. Despite the water views, there's no street visibility and not nearly enough foot traffic to support my assumption that the leases down there don't come cheap. Let's breath some life along that waterfront first then demand the premium price after it's proven itself as truly viable for business.

Sarah was not pleased that our lunch efforts were thwarted 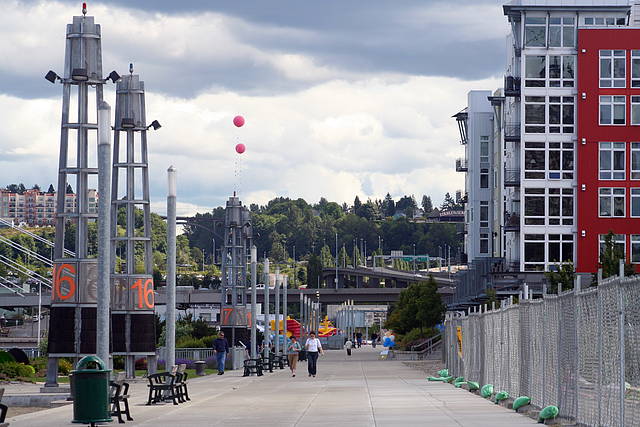