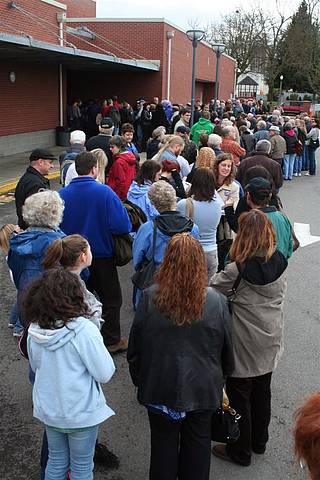 We had a fantastic day out practicing a little democracy today. Sarah, myself, and thousands of other folks around Tacoma headed out to caucus. Ours was held in a nearby school so we walked over there and briefly stood in line outside before heading in. The crowds outside stretched well around the block and were five wide at least. Once inside everyone was divided up by their precincts (27-306 -- and there were 308 of us -- big props to the 306!!!), signed in, and waiting around a bit. As I mentioned, the process was easy. While the initial tally of candidate choices was made everyone clustered together with other folks supporting the same candidate. Our Obama group had no demographic norm except to say it could've been anyone. From the freshly registered to vote to folks who remember JFK and beyond. Every color of the spectrum. It was as inspiring as the man himself.

We then nominated a person to briefly speak on behalf of our candidate's group to attempt to convince others to change their vote. After everyone was given a chance to change their mind the final tally for our precinct came up with 16 delegates for Obama and 11 for Clinton. A quick check-in with folks from other precincts showed Obama easily taking the day often with a 2/3 to 1/3 or even 3 to 1 majority. Finally our group nominated delegates to head to the next level to represent those present today. Our precinct's crowd thinned out a bit so everyone just volunteered for the available roles. Sarah and myself will fly the Obama banner at our state's legislative caucus in early April. Should be a great time. Across the gym another precinct still had tons of people hanging around so they had people come up on stage to say their piece to convince the others to nominate them as delegates.

After all was done we walked home then headed downtown to meet TacomaMama, jcbetty, ensie, and Frinklin for some late lunch and post-caucus conversation at PSP. Overall I'm definitely an Obama supporter but am proud to see the turnout and enthusiasm at all levels today. If people even stay marginally involved I have hope that our country will soon turn the page into a new chapter in its history. I hope news of this historic time in our history when a woman and a black man are both top contenders to become the most powerful person in the world. I hope it shows how capable we are of righting the last 8 years of wrong. 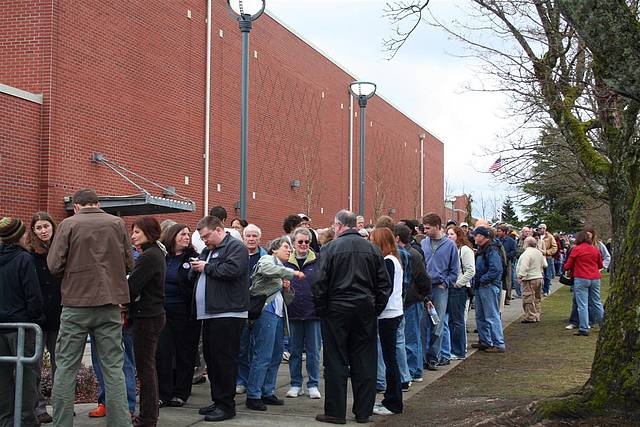 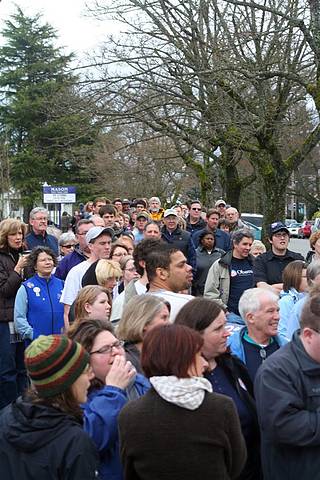 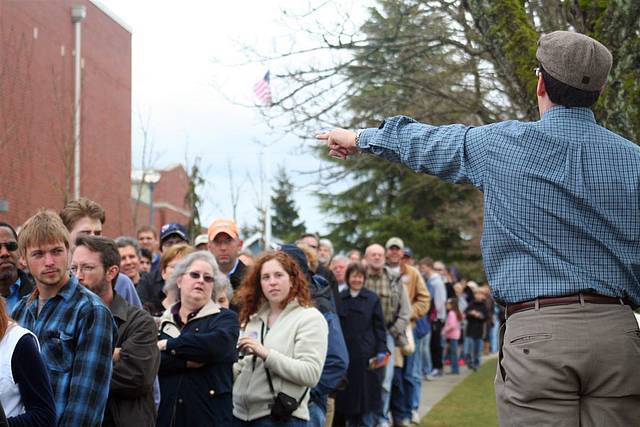 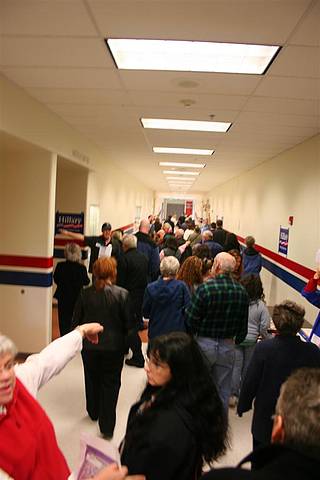 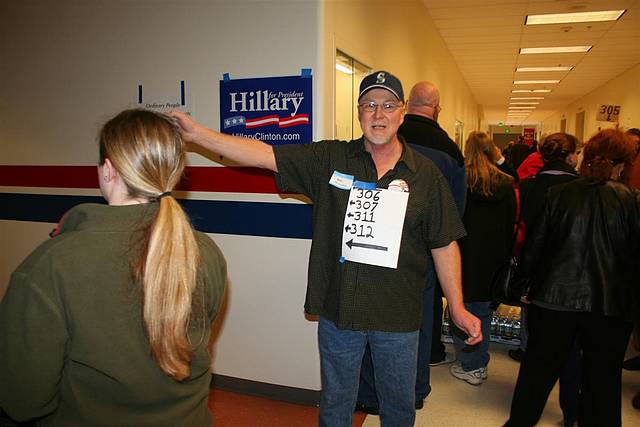 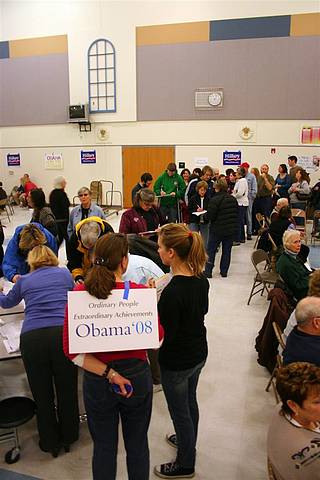 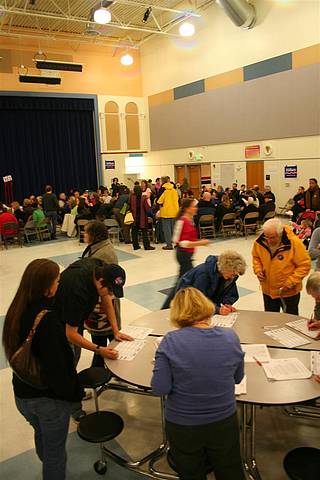 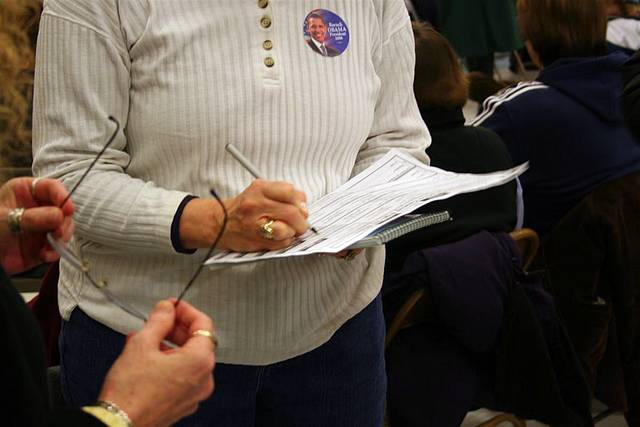 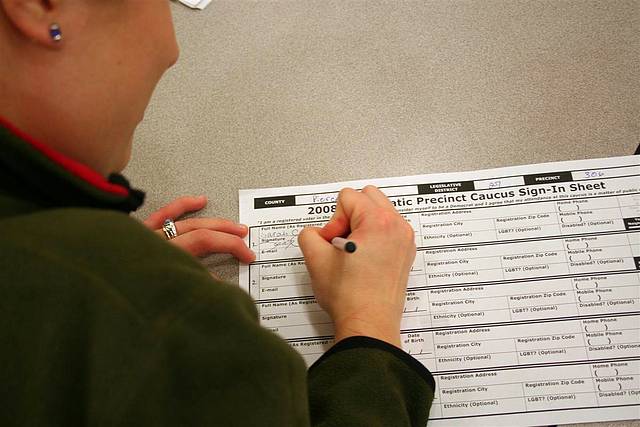 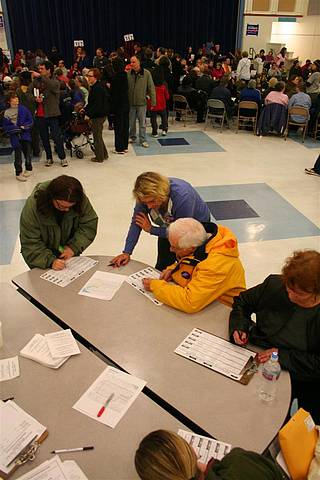 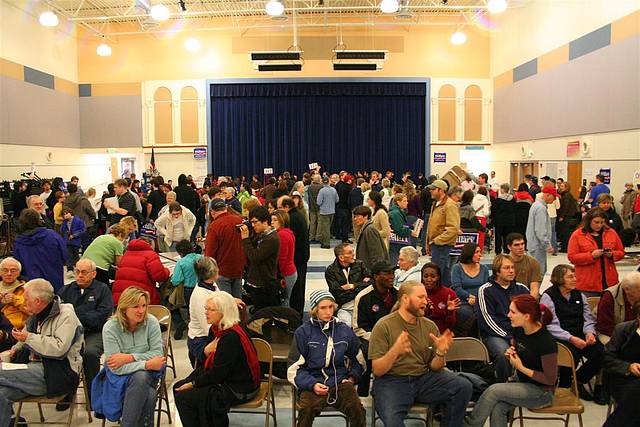 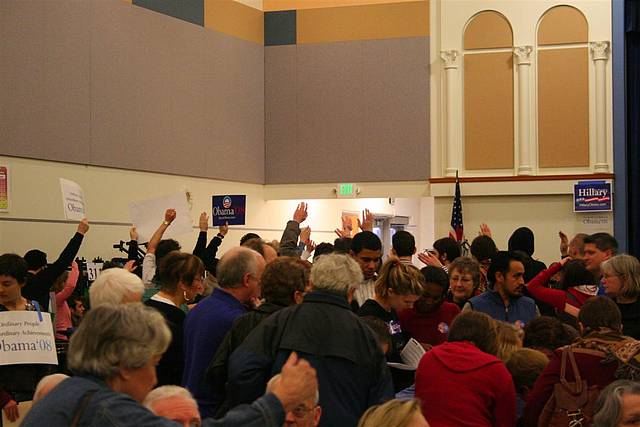 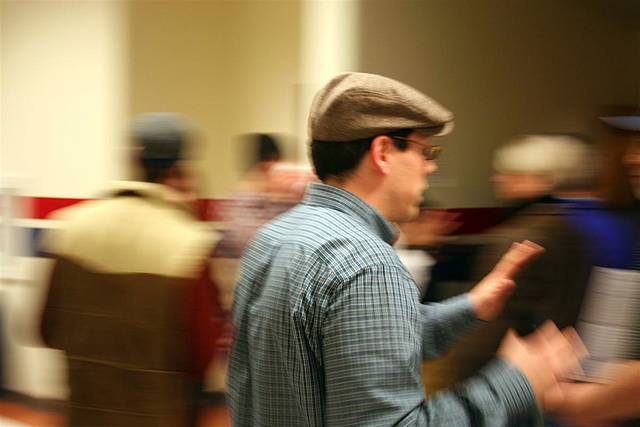 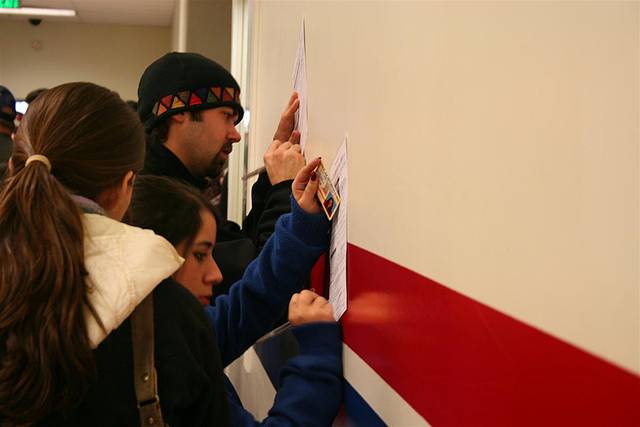 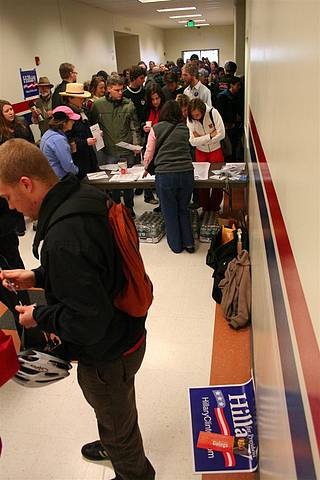 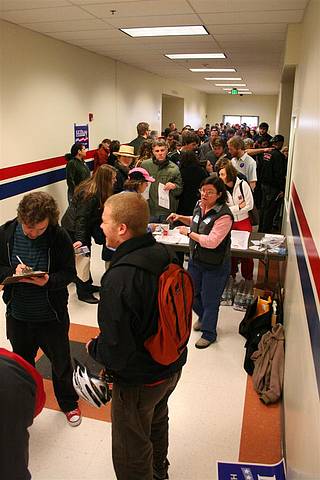 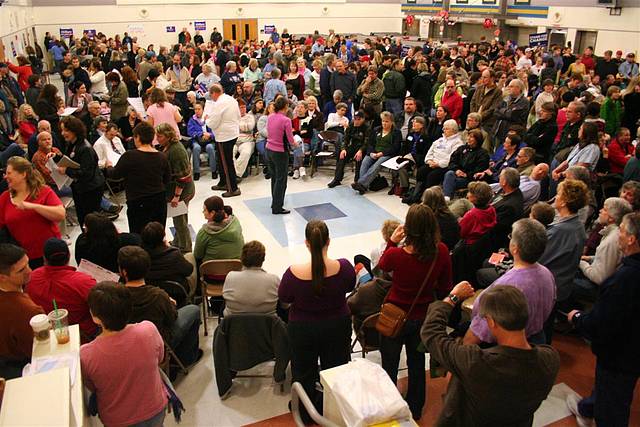 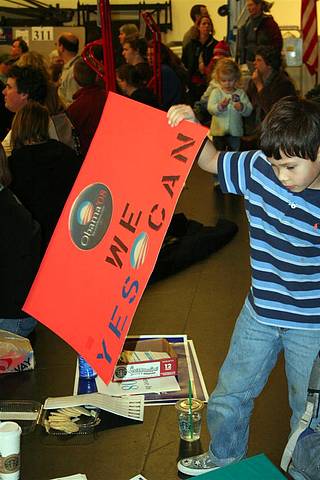 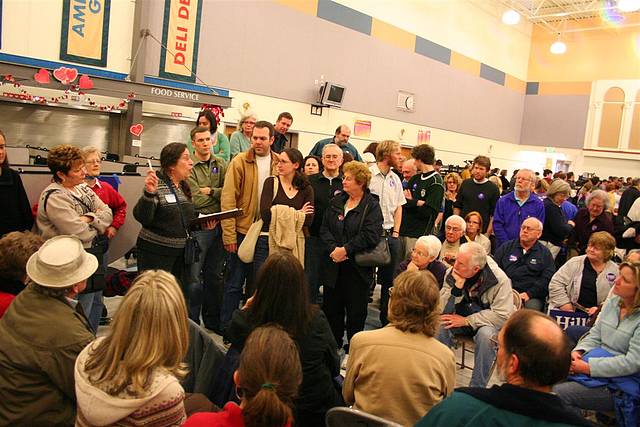 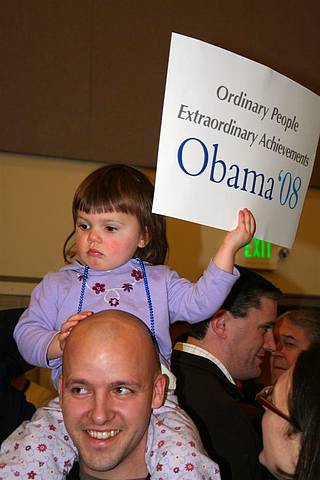 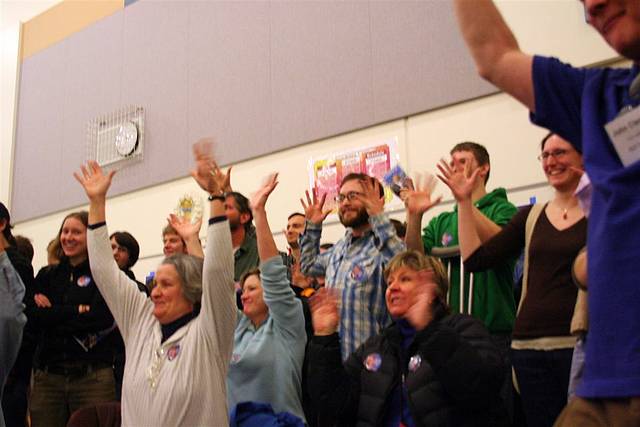 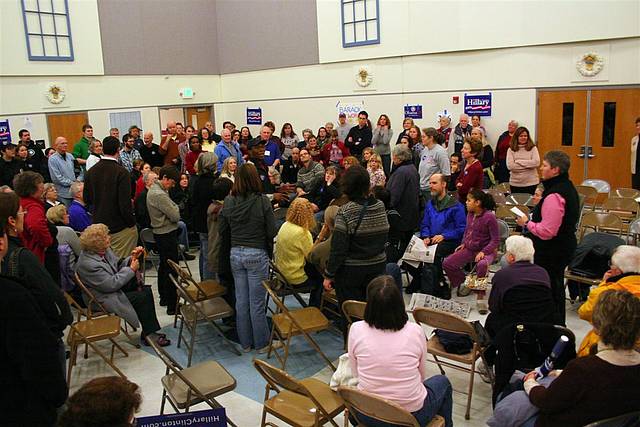 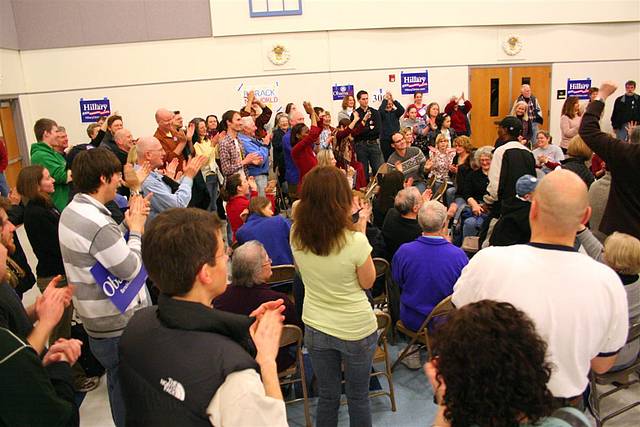 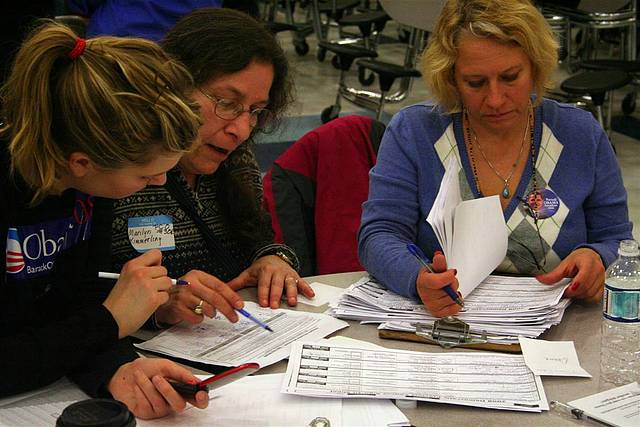 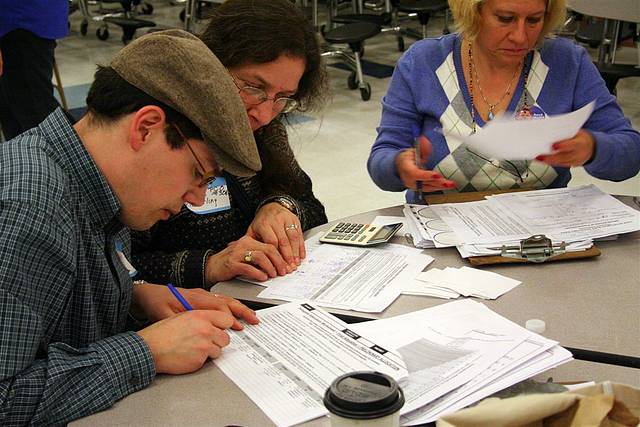 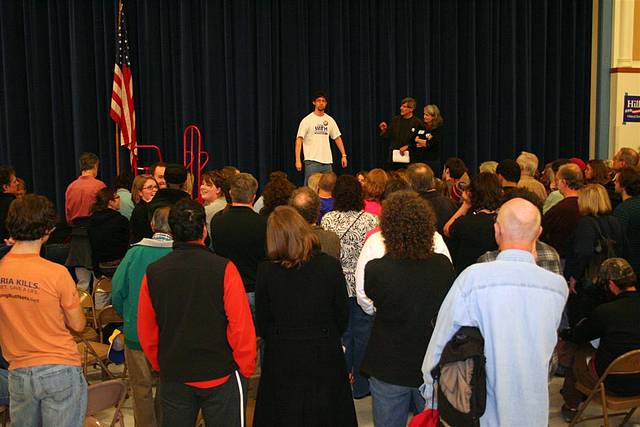 Feb. 2, 2008
Though we couldn't make it to see John Kerry stump yesterday for Obama Sarah and I got out for a bit this afternoon for caucus training. About 50 people...

Nov. 5, 2008
History was clearly made last night as the 8 o'clock hour rolled around here on the west coast and all the major networks immediately called the election of the...