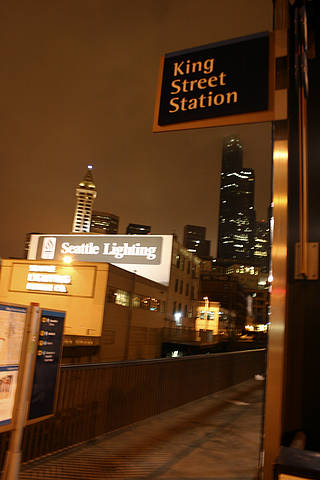 Todd Matthews, of Tacoma Daily Index fame and a daily commuter from Seattle, took a journey on the first reverse Sounder train to Tacoma this morning. He liked the ride but not the arrival times. Here's a couple bullets.

Todd thinks that given time and perhaps a slightly more reasonable arrival time this option will be a success. Thanks for the perspective and photos, Todd, and happy commuting to you! 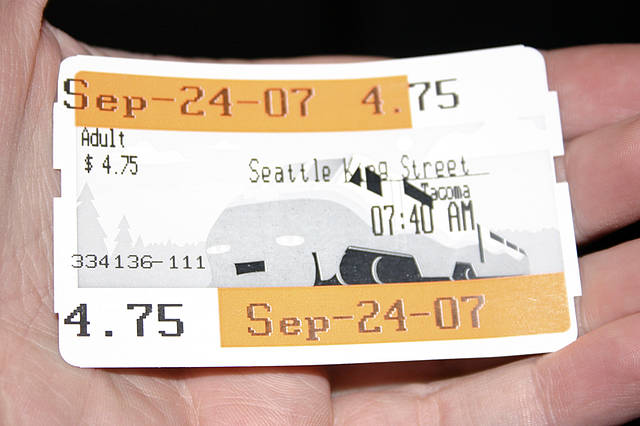 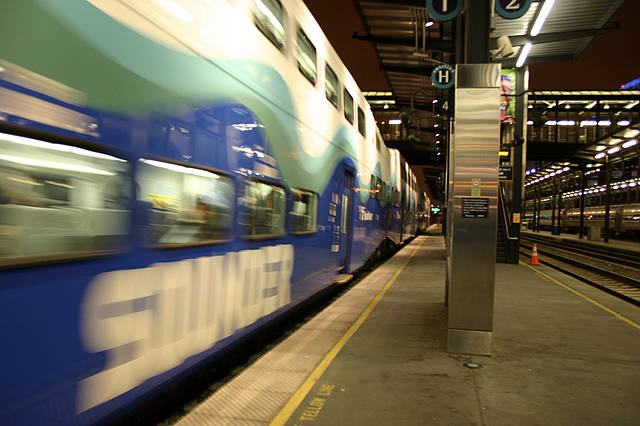 Sound Transit gave the engine a "City of Destiny" design 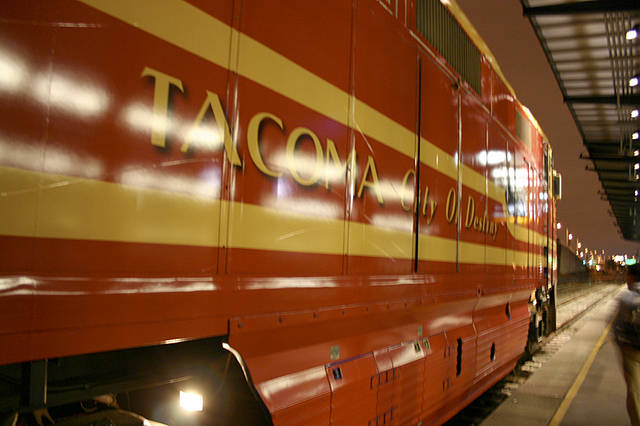 The stylin' "City of Destiny" locomotive 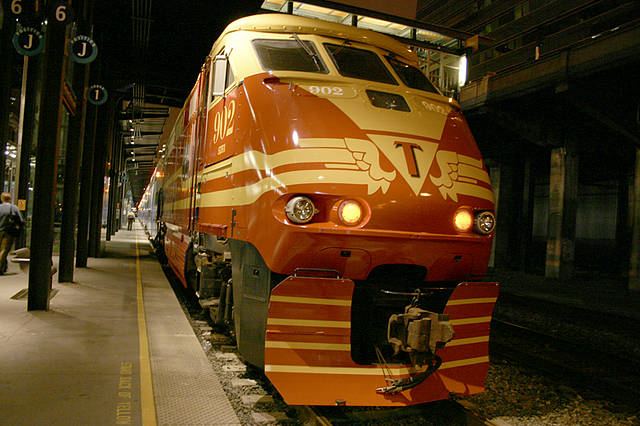 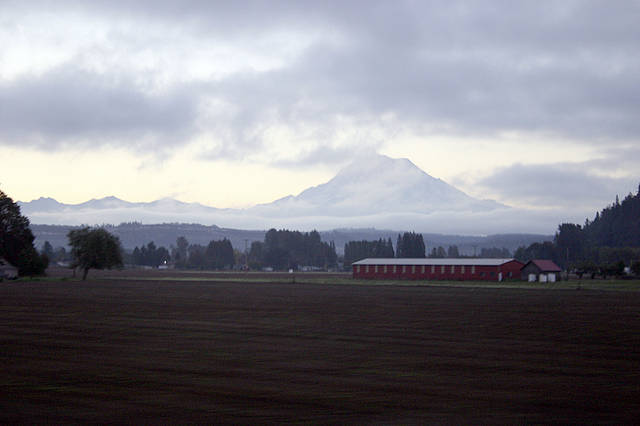 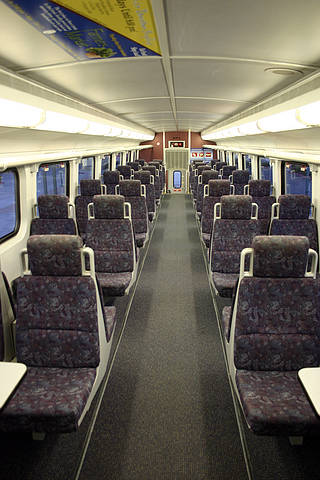 Apr. 20, 2009
Yesterday my buddy from PLU Doris and I went to my first ever major league baseball game. Since it was a Sunday game I remembered we could take the...

Sep. 26, 2007
Tacoma Planning Commissioner David Boe sketched his concern for Tacoma City Councilmembers today. He's concerned that the Sounder train extension through SoDo will cause problems that could "have a...