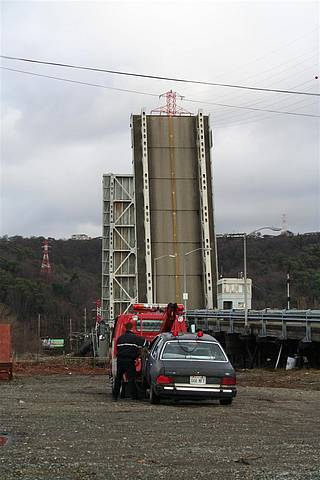 No One Tried to Blow Up the Hylebos Bridge

Thought I'd just clear that up right away. While most folks are hanging with family and cooking up a storm the TPD bomb squad got all dressed up for a job today. They had the pleasure of checking out an abandoned car with a suspicious device in a suspicious spot: right under the Hylebos Waterway Bridge. Despite being the first to claim the title of "Biggest Clusterf#@<! of a Bridge in Tacoma" (now joined by your pal and mine, the Murry Morgan Bridge) there's certainly no reason to try and blow the stuck-up (literally) structure up. It may be odd but it photographs well.

Anyway, I saw a brief piece on the noon KING 5 news about the scare and decided to head down to see what was up while out running some last minute holiday errands. After double checking with the wife the Trib reported that all was well so I felt stopping by wouldn't pose a serious risk to my safety. Even so, gentle reader, I'm certainly up for a little adventure once in a while.

A lone TPD officer and a tow truck was all that remained on the scene when I got there. The car in question was hoisted and taken away after I snapped a few pics. The officer said the bomb squad saw no detonation fears on the device which turned out to be little more than a soda bottle with a direct line to the beater car's carburetor -- likely a jury rigged way to feed gas to the engine. Glad everyone is safe and sound. Sorry to the bomb squad folks who had to investigate but we appreciate that they did nonetheless. Exclusive pics of the scene and suspicious device below.

...And we all get to continue to enjoy the Hylebos Bridge as it continues to grace the sky with its "Touchdown!!!" declaration. Me thinks Tacoma could sell some rights to the Seahawks or something...

Link to KING 5 and The News Tribune 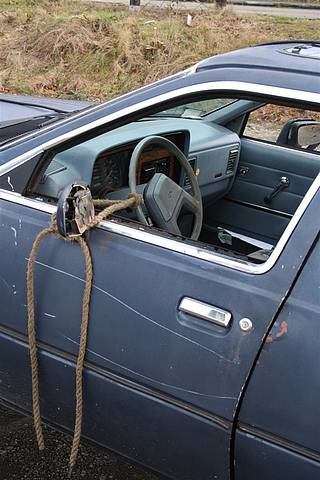 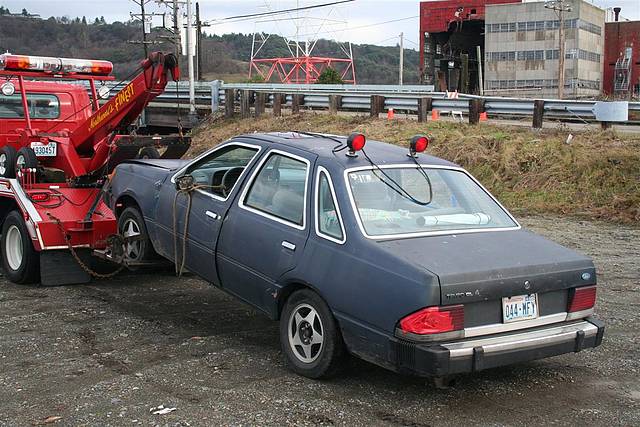 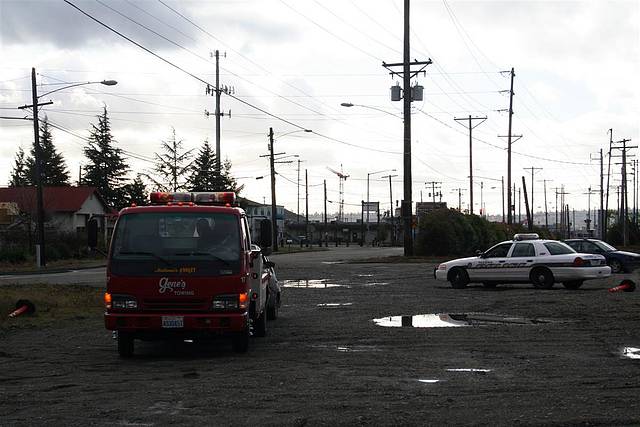 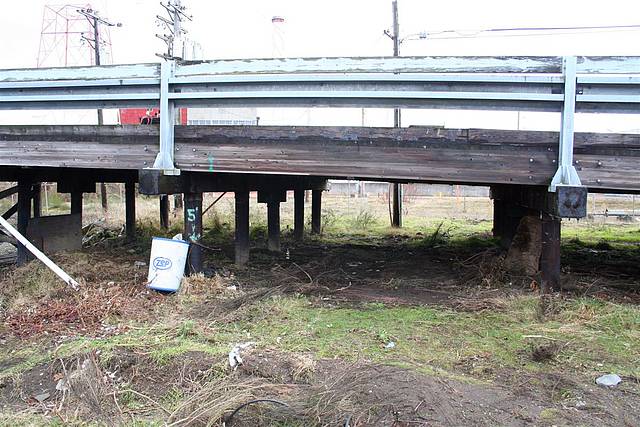 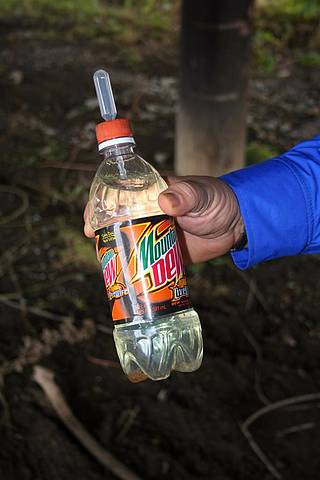 The Hylebos Bridge lives to stand erect another day 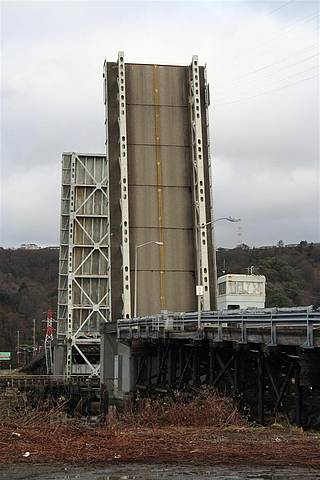 Feb. 18, 2007
The second meet-up of the Tacoma Photo Gang went well today and we had record attendance! Thirteen of us met and headed into the Tideflats to shoot some shots....