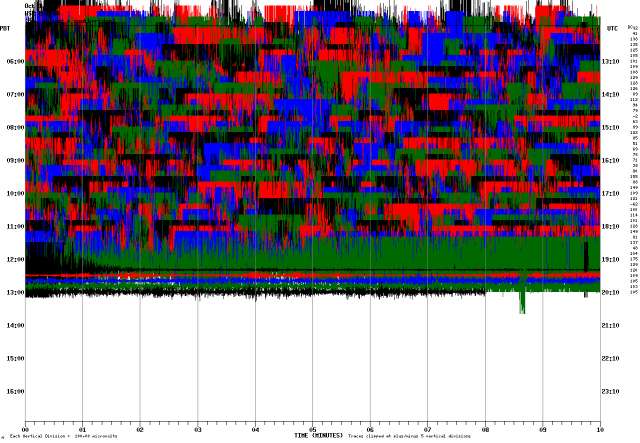 Mount Saint Helens, as I mentioned earlier, has huffed and puffed and spit a bit of steam and ash out. Check out the seismic readings from a station on the south flanks of the volcano (at bottom). Notice all the quakes, a big boom, then flatline. That's the way the mountain crumbles, I guess. The event happened at 12:04pm and lasted for about 20 minutes. Thankfully it was nothing more than a puff as was predicted. I'm excited for the geologists in the area because the sensationalism of local press surrounding this event will provide them with great footage to study exactly what happened. Just as in 1980, St. Helens has proven an incredible source for data that has save countless lives of people near volcanoes around the world. Have fun with that, guys! Oh, and have a beer on me.

Update (2004-10-01 @ 10:45pm)
I've added some digital shots taken from a helicopter by some USGS folks of the eruption coming right out of the earth. Here's a folder of those photos in higher quality. The activity on the mountain is also rather lively again as you can see in the later seismic traces. 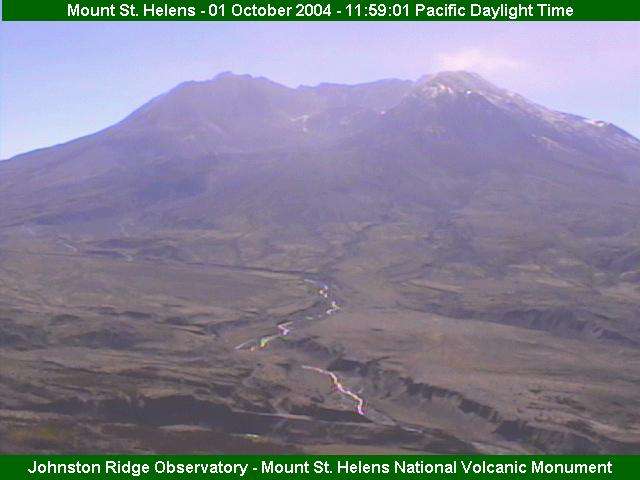 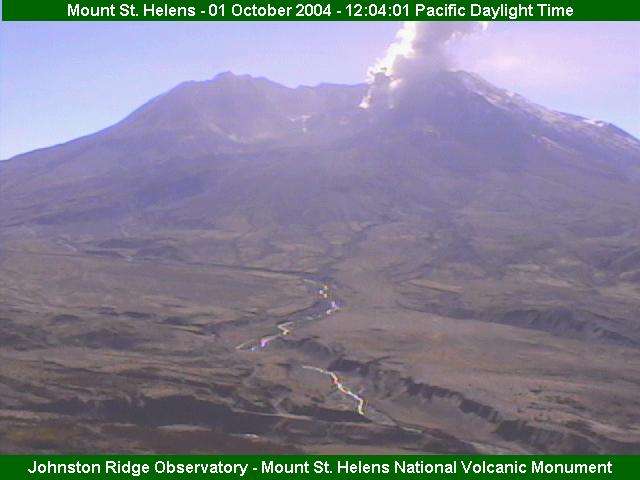 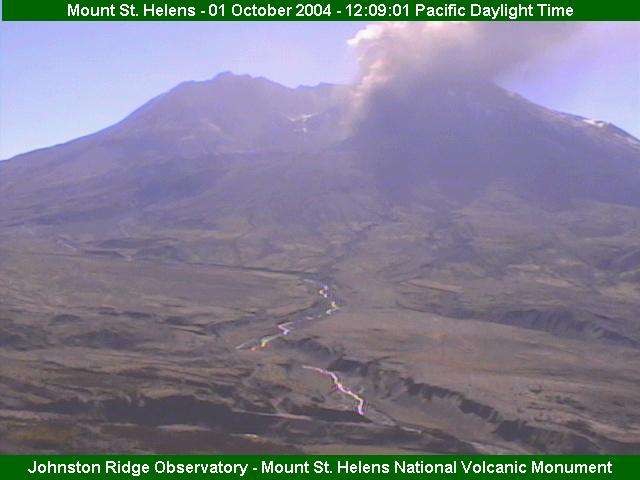 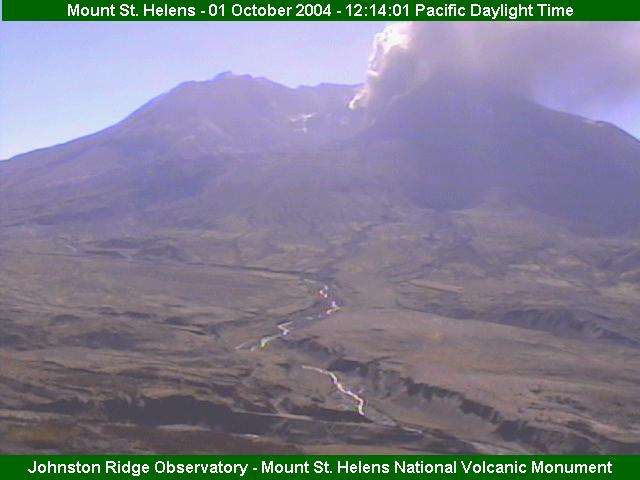 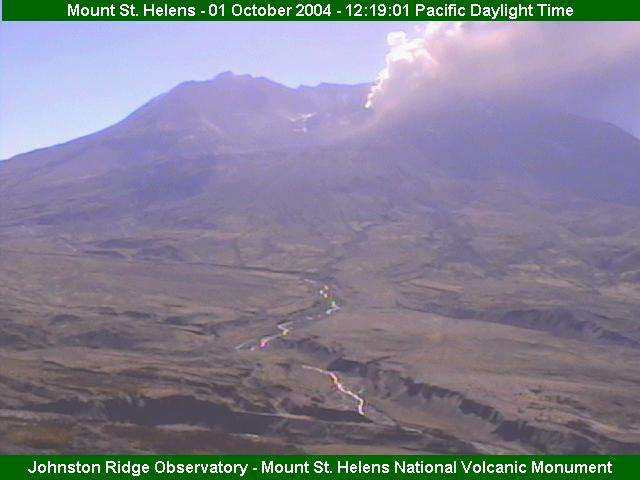 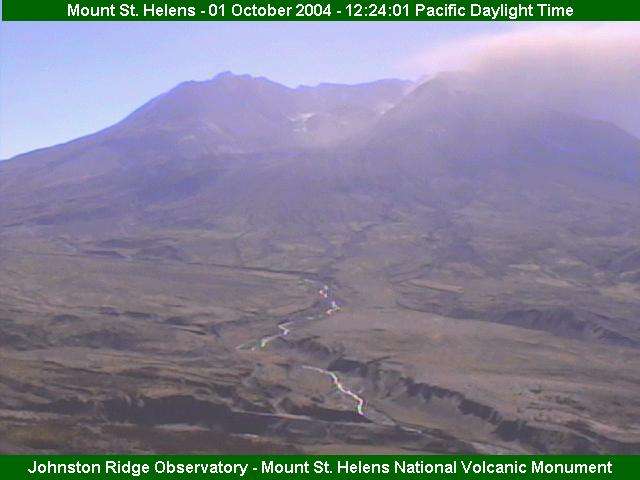 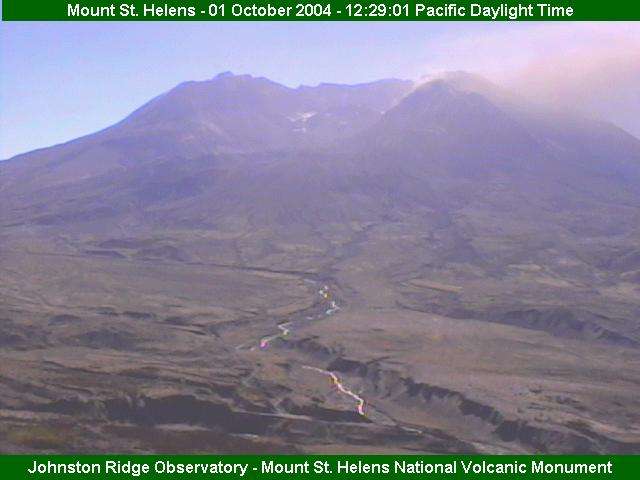 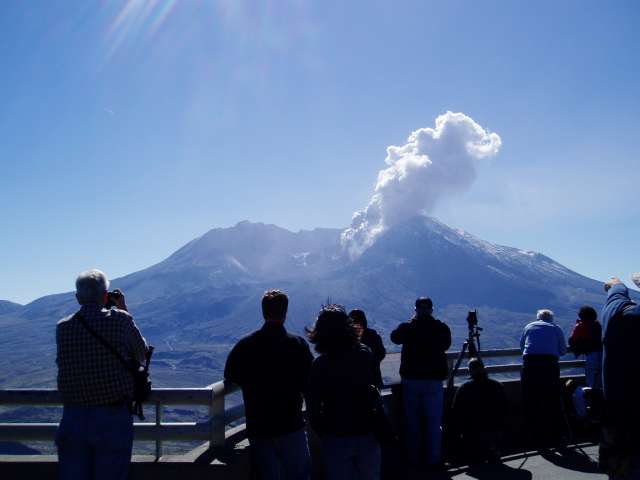 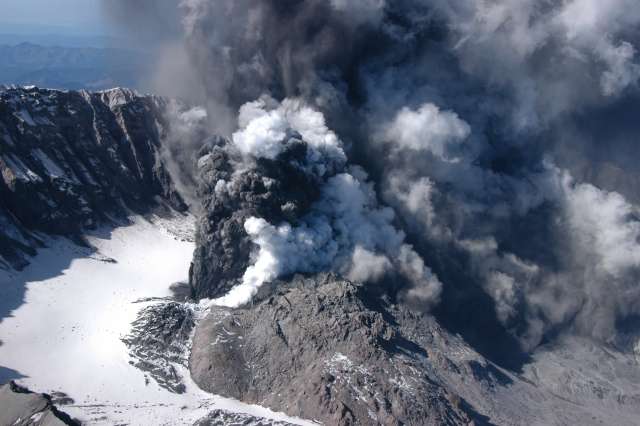 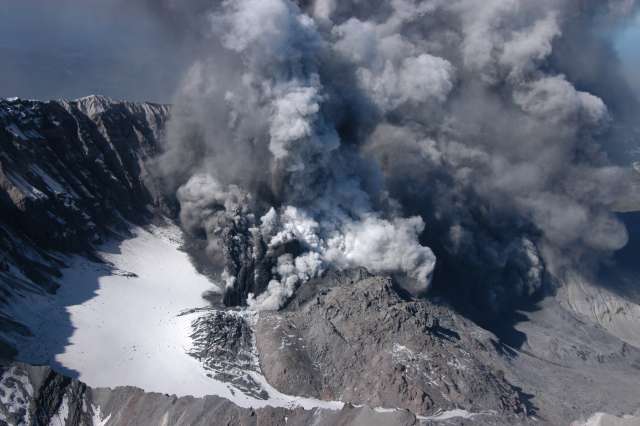 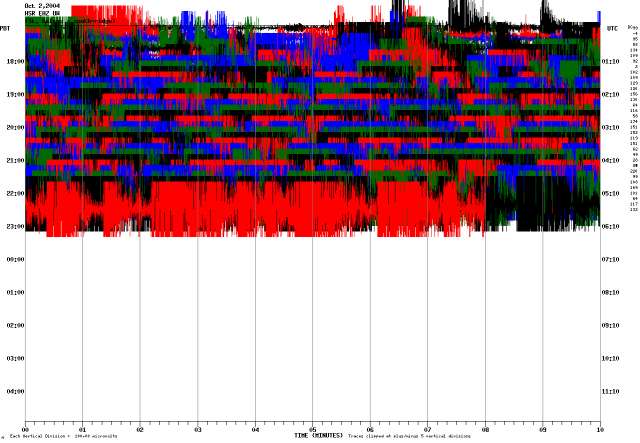 Mar. 8, 2005
Since Sarah was in class tonight I could practice my commercial-time channel flipping*. The regular national news that airs on most channels just before 6:30pm was preempted by news...

Sep. 27, 2004
Seismic events underneath Mount Saint Helens have become more frequent in the last few days. Hundreds of microquakes are rumbling beneath the volcano's caldera and dome and could possibly...

Oct. 13, 2004
Sarah took off for a business trip to Las Vegas for her first ever formal focus group experience. Yup, the one-way glass and all, apparently. Well, if focus grouping...

St. Helens still at it

Oct. 4, 2004
Mount Saint Helens is still rumbling and may possibly be getting ready for a decent-sized eruption. This morning around 10am a large plume of steam and some ash shot...