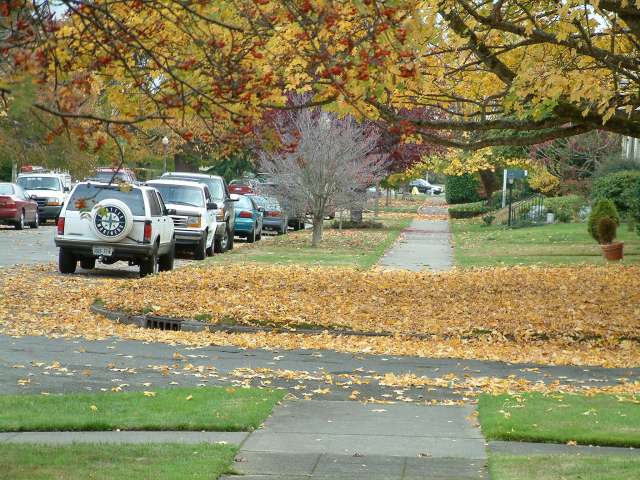 Pumpkin art and a sick kitty 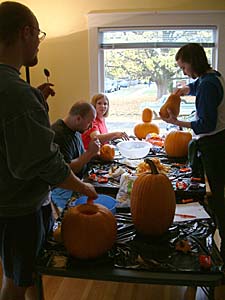 Today's madness included the mass carving of Halloween pumpkins by our house and friends, significant others, fiances, and family. My brother Joseph and Sarah's best friend Mandy made the drive up from Portland and Holly also took part. We provided a small pumkin for Joseph from our recently picked stock. No sooner than we returned with cutting impliments did the carving, gutting, and seed roasting begin. Some of the designs were elaborate works of art and some were of the more traditional halloween form but with a twist. Gavin decided to carve a giant eyeball with exacto knife carved veins. Holly used her tall and small pumpkin to make a howlingly scared face spying an owl. Joseph made a small and traditional crooked face with sharp, pointy teet. Sarah used her small, devilish pumpkin to sit it atop her larger, more frightened one. I sketched and carved a knawly tree and moon.

Some symptoms that seemed to afflict our foster kitty Lu yesterday caught up with her today so Sarah and I decided to again ferry her to the vet. As the vet could see, Lu wouldn't eat any food or drink any water, one of her eyes was goo-ing up pretty badly, and she was snotty and sneezy. Not a comfortable kitty. We ended up leaving Lu at the vet overnight which wasn't what we were hoping to have to do. We justified her stay by awknowledging that once she stopped eating there was nothing we could do to help her. Force-feeding was out of the question and would probably only add to her stress. So, we left her at the vet and returned home to finish up carving my elaborate pumpkin.

Holly and Gavin were the only two around and, once I finished, helped clean up the mess we began to make earlier in the day. The brilliant idea to lay down garbage bags before we started mess-making paid off. We bundled up the bags and took them outside without much fuss or muss. 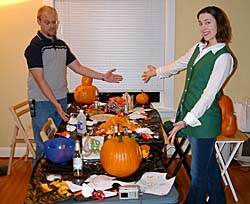 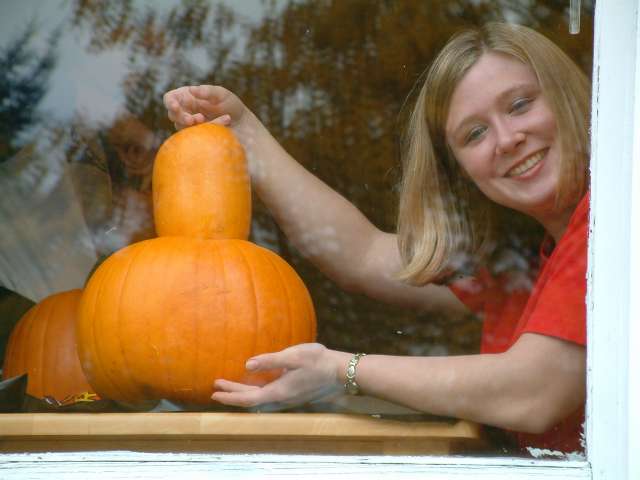 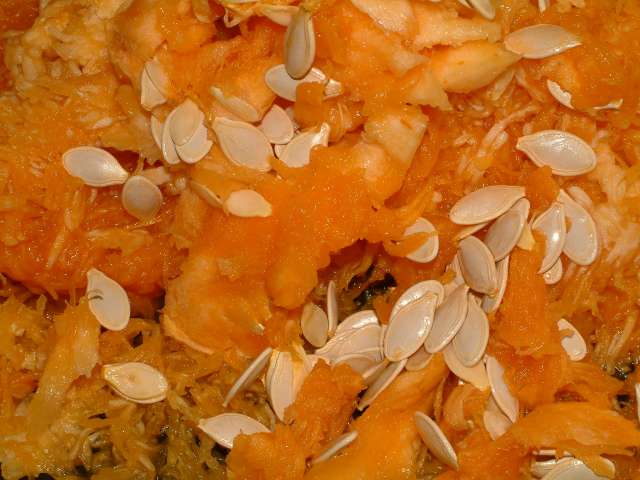 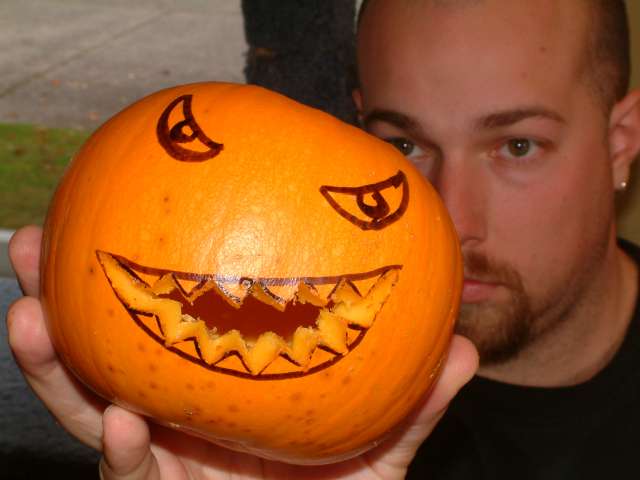 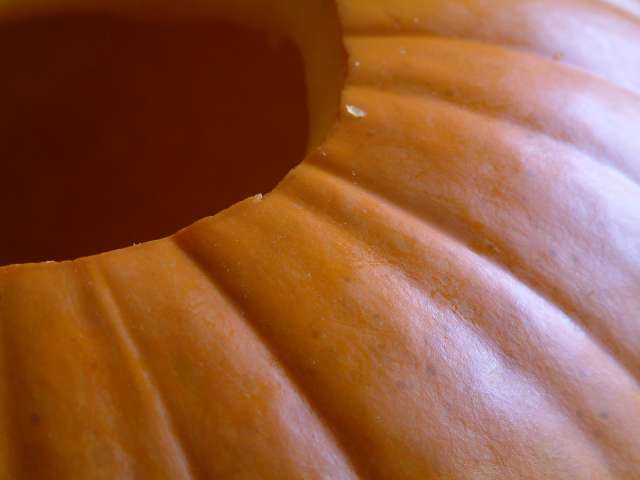 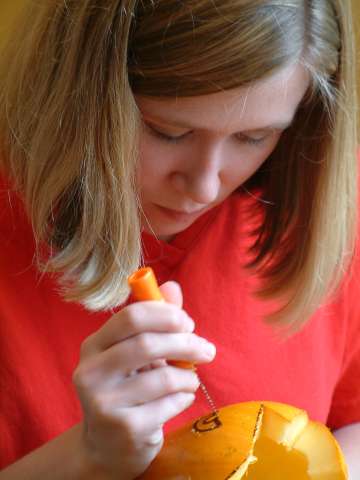 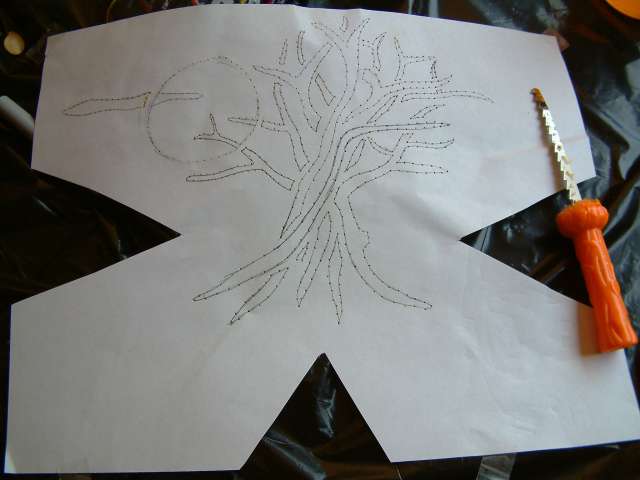 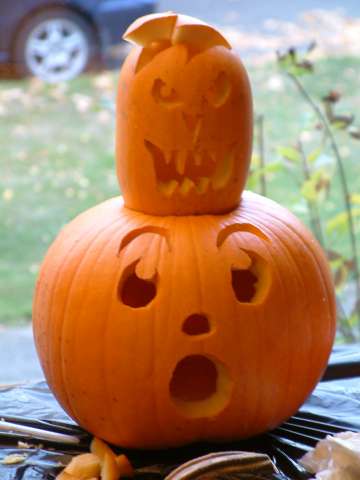 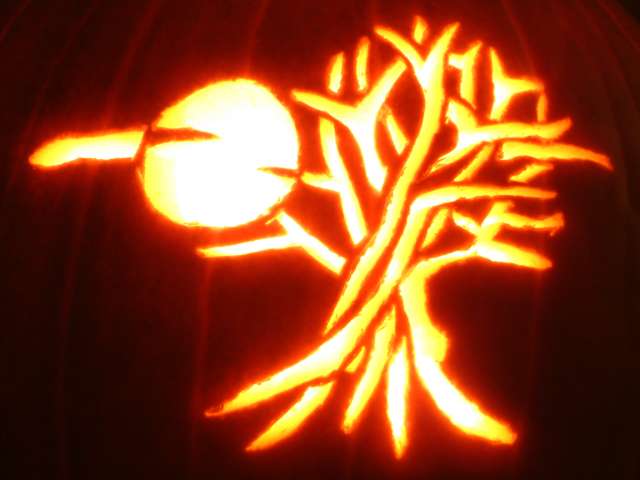 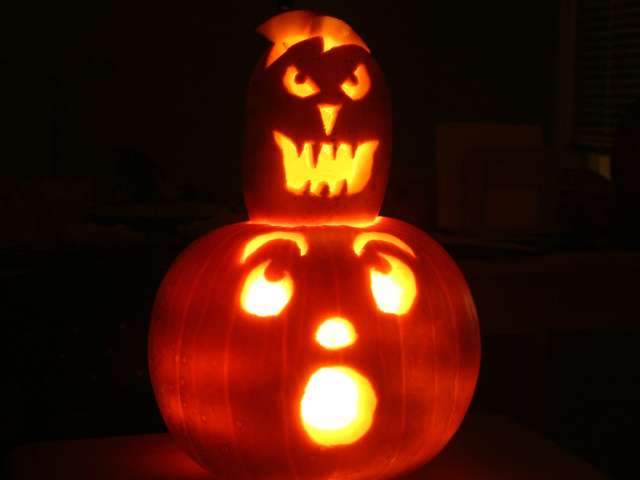 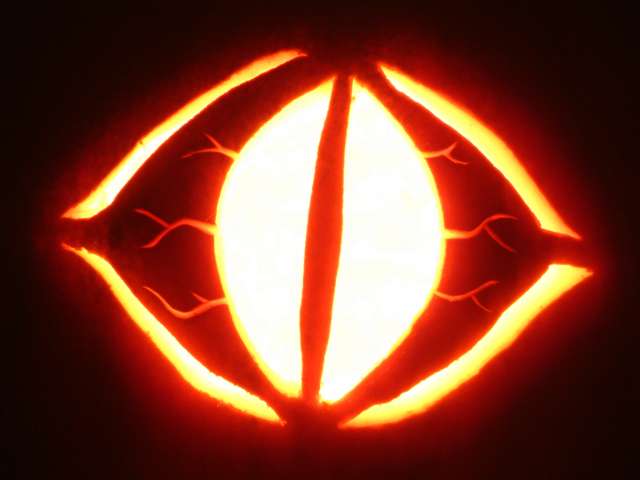 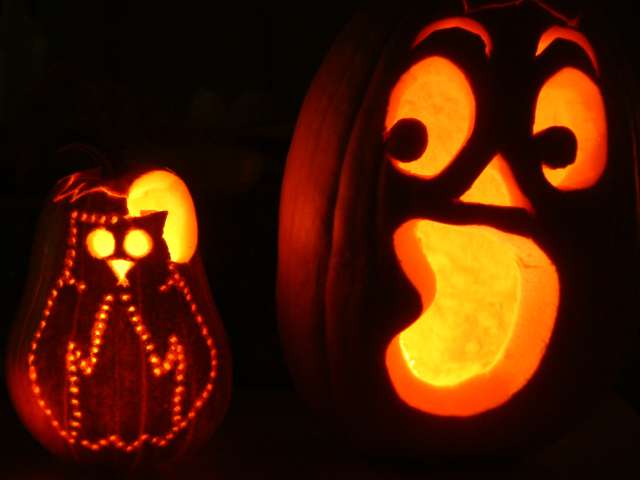 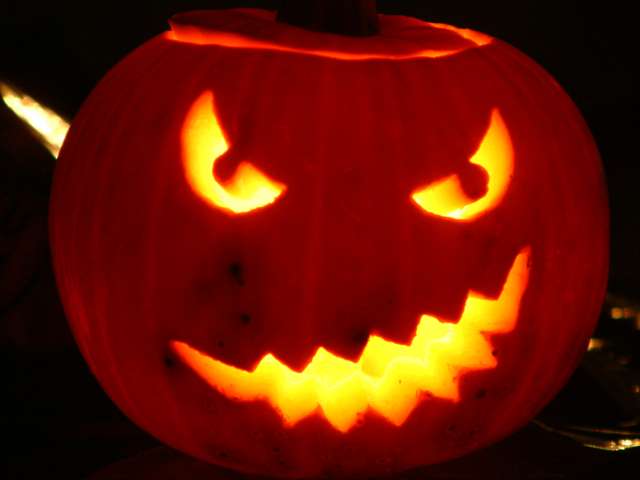 Oct. 29, 2011
After a last minute costume idea hit me yesterday I spent time pinging around town today picking everything up. Happily, I was able to go local (e.g. avoid big...