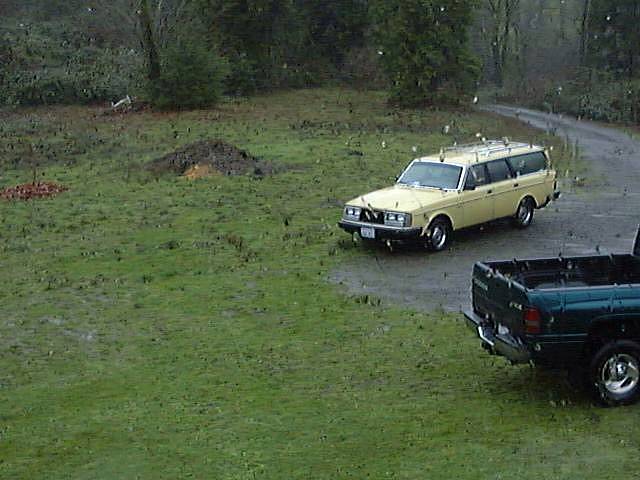 After a late high school drive around Mt. Hood with my brother, the reality of how relatively affordable a good first car could be set in. I approached my parents almost immediately when we got back and posed the question: what would you think about getting me a car? Now, most parents, you might assume, would go the "shock and awe" route and pretend to be surprised and make up excuses why I was too young and unpredictable to be allowed on the roads with a vehicle of my own. Fortunately for me, the opposite happened. As they already knew (and I would later find out through nicknames such as "grandpa driver" given to me by my own mom) I was actually a pretty responsible teenager. Although not rich, my parents saw reason in my request especially due to all my before and after school band activities. They handed me the classifieds and the hunt was on.

It didn't take long for my heart to get set on a nice used Subaru or Volvo wagon (see? grandpa). They're reliable and abundant which bodes well for both the insurance premium and the pocketbook. In a matter of a day or two I found myself parked on the side of a street with my parents in an older neighborhood somewhere in Portland (probably southeast). We were there to take a look at a pale mustard yellow 1983 Volvo wagon we found for sale at somewhere around $2,500 (am I right on that, mom?). The car was parked opposite us and looks like a real gem. The interior was in solid shape and most everything all around looked clean. We headed back to our car to talk over whether we should really consider this particular set of wheels seriously enough to ask for a test drive or simply move on and keep looking. While the discussion took place, another potential buyer gave the car a close look and even went up to the listed owners house to surely do a little talk serious about taking this one home. Why not? After all, it's a Volvo, in great shape for a great price.

No luck since no one answered they left and we again left our own car to have another gander. One of us had just spoken with the owner before driving over and were sure he was home. The layout of the house was confusing and I remembered something about knocking at a different door. I found a door around and to the side of the house and gave it a knock or two. The owner emerged and we took it for a test drive and, sooner than I knew it, we drove it home.

I made good use of my car getting back and forth from my parents' place well north of Vancouver and most of my school and musical activities. As time sped forward I got pulled over twice (once for driving the speed limit in downtown Vancouver with a car full of suspiciously seat belted friends after leaving a fellow high schoolers funeral), rear-ended once, and endured many a foggy window on many a rainy day and a couple dead batteries. Nevertheless, Dijon, as I came to call him, got me where I needed to go and kept me safe. I even had a lucky charm in a froggish Battle Beast toy from my youth that landed perfectly astride the trip odometer reset knob when I was rear ended. Since I escaped that accident unscathed there he sat as a guardian of my traffic safety.

Dijon even took me to college. I didn't have him the entire time I was there but have some great memories of being frustrated with him in front of my then-girlfriend, future wife, Sarah on our first Valentine's day together when, battery drained after little use, I tried to give Dijon a start so we could take a romantic drive and picnic out to nearby Alder Lake. He didn't start up but we got him charged and enjoyed our day nonetheless.

Once I got a real, full-time job at PLU I gave up Dijon in favor of Fanta the orange 1972 Karman Ghia and later my current set of wheels in a 2002 Subaru Impreza sport wagon. This past weekend while in town for my Dad's 65th Birthday, I took a long and last look at Dijon as he happily sat, as could be viewed from space, in my parents' driveway. One side was weathered with fine moss and some more rust had eaten small pieces of its body away but that little yellow car with black [replacement] back door that could sat like a faithful old dog just waiting to be played with. My dad even offered up that, if he were to slap a battery in him would probably start up without a problem. We all had a good laugh, I snapped a few photos, then bid Dijon farewell for my parents were finally set to get rid of him.

Yesterday, I got the word. An email from my mom with the subject "Volvo RIP" told me all I needed to know. They gave Dijon up as an organ doner to a home for auto parts in need. The best and saddest part is that the minute my dad hooked up a battery so he could be taken away, Dijon started right up. What a champ. So here's to Dijon -- a great first car and one I'll certainly never forget. Thanks for getting me there and sticking it out 'til the end. 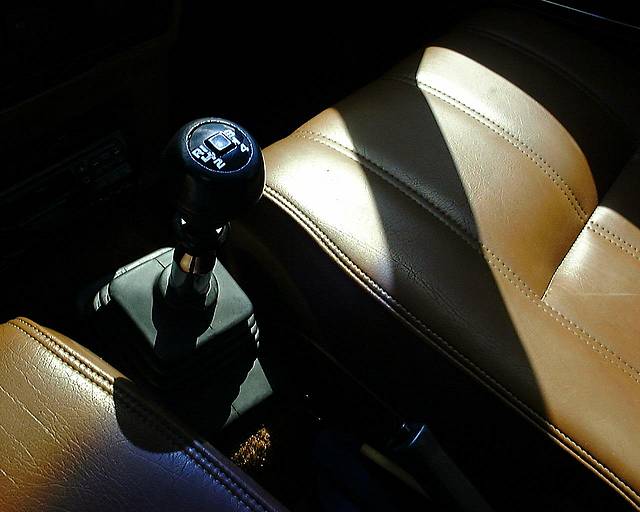 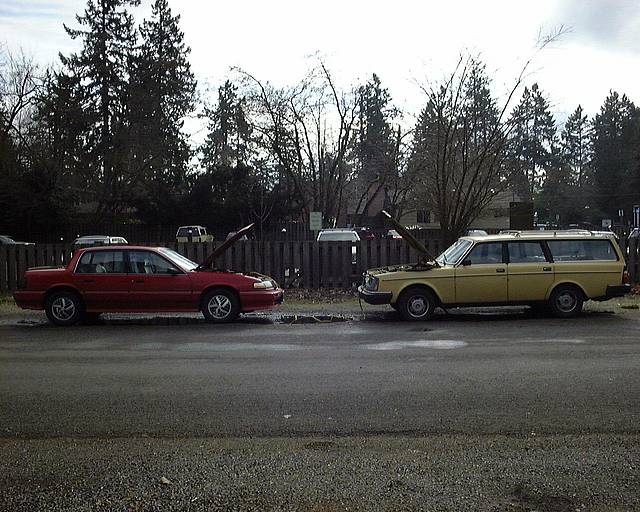 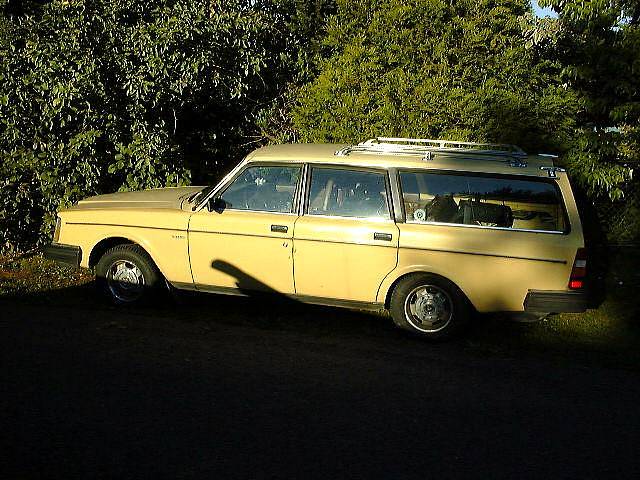 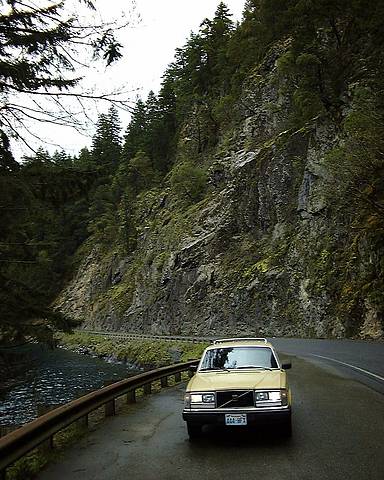 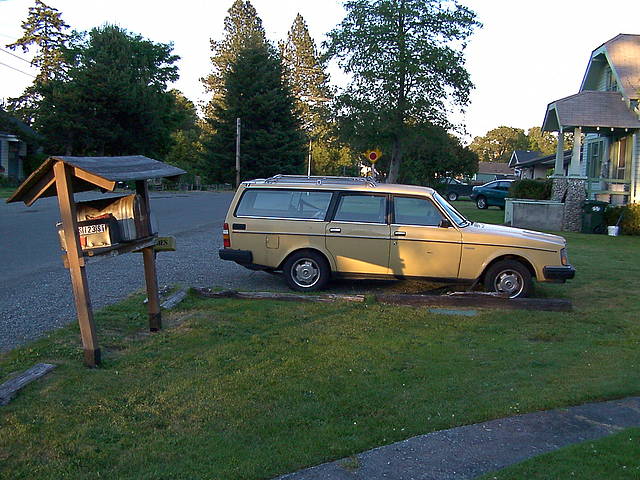 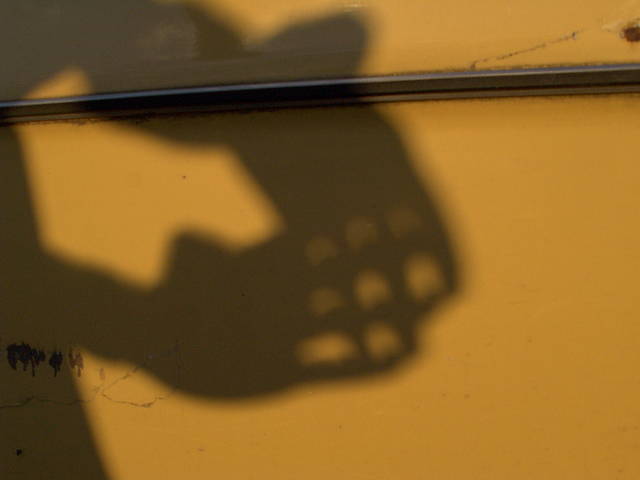 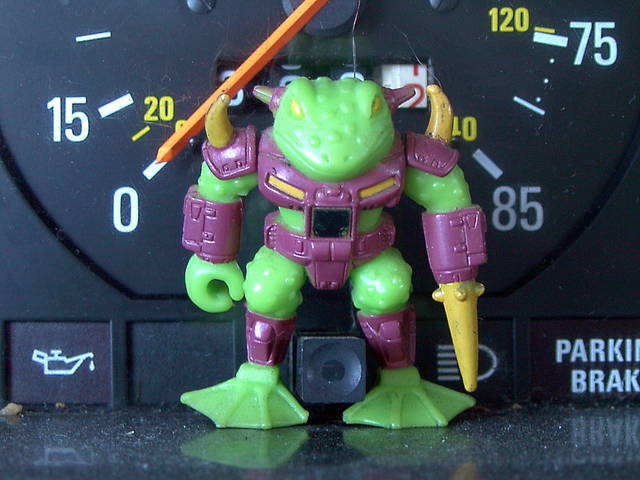 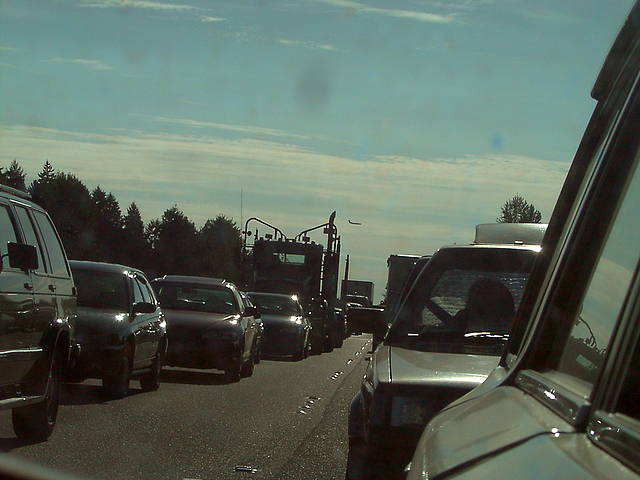 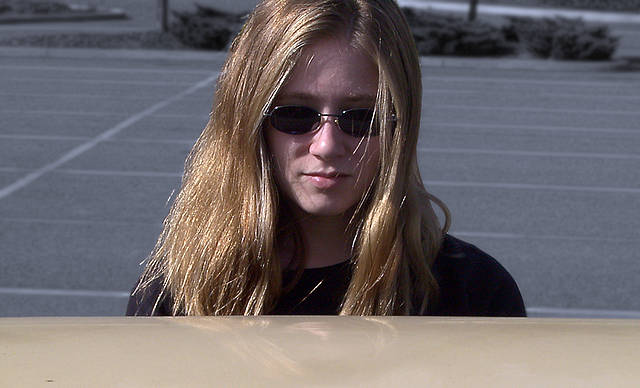 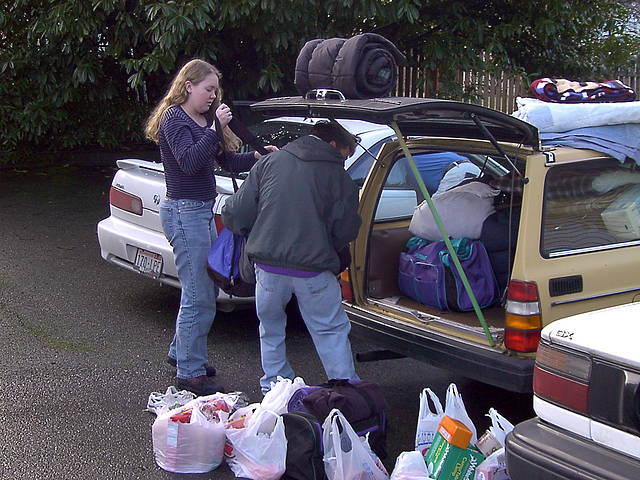 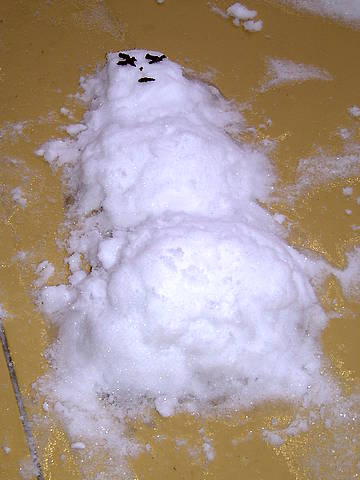 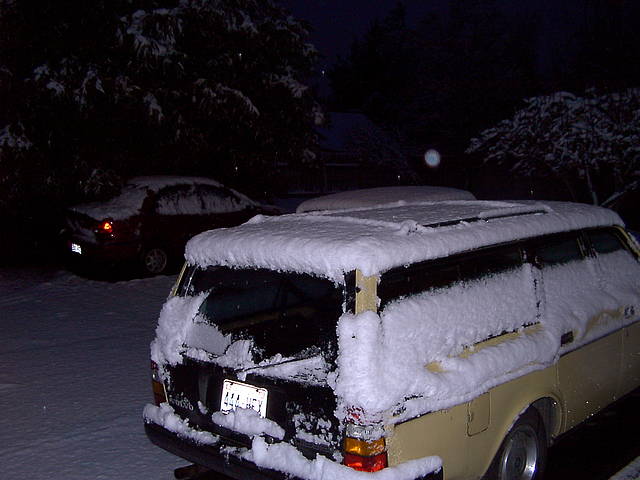 Dijon at my parents' house from space (link to Google Maps) 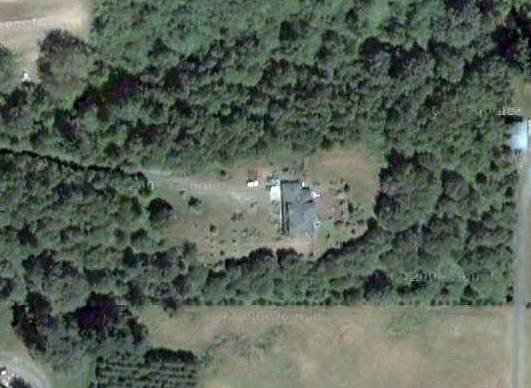 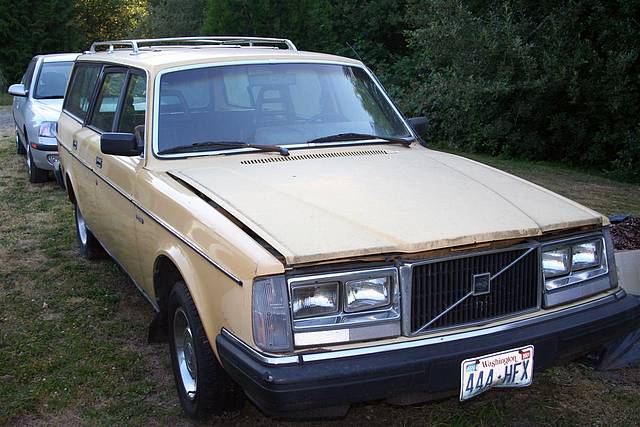