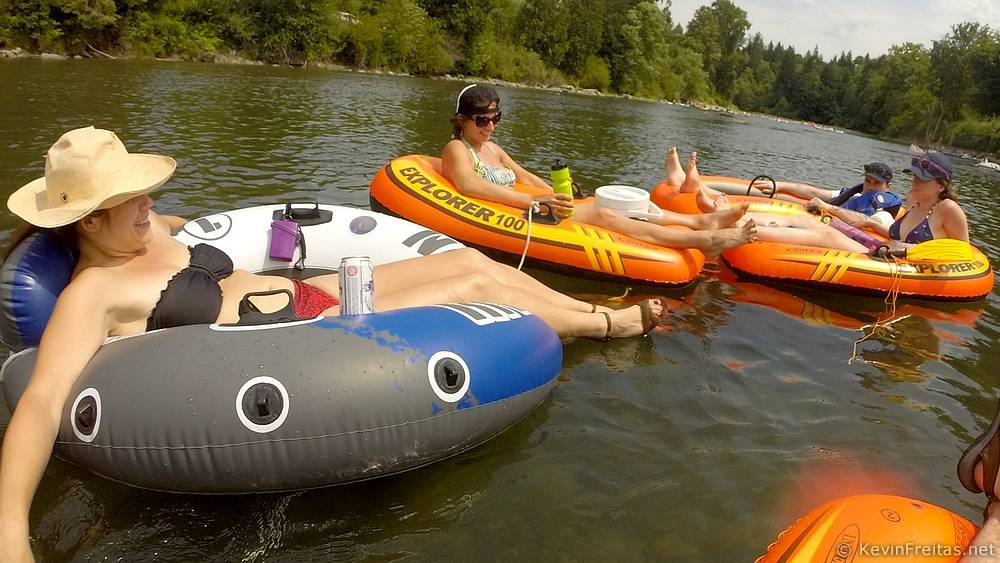 Summer's here in the Pacific Northwest and in a big way! Temps have plateaued in the 80s and 90s for the foreseeable future so what better way to celebratethan a float of the Snoqualmie River?! I put the word out and we gathered up a crew to hit the river. Our usual assembly point at the Fall City Community park was busier than we'd ever seen it so we blitzed and, instead, had the other two cars meet us at the put-in spot near the river. Fortunately there we found a killer parking spot with room for everyone.

We inflated, had a lovely breakfast drink made by Connie, then, with a GoPro strapped to my wrist, headed downstream. Despite the river levels a full 1.5' lower than mid-July last year we only dragged ass on rocks a couple times. We were more concerned with the clusters of drunk dudebros we ran into a couple times but some handy paddling quickly freed us to more relaxing environs.

Everyone did great on the water and we're looking forward to taking advantage of this weather again next week and hopefully many times this summer.

Testing out the GoPro 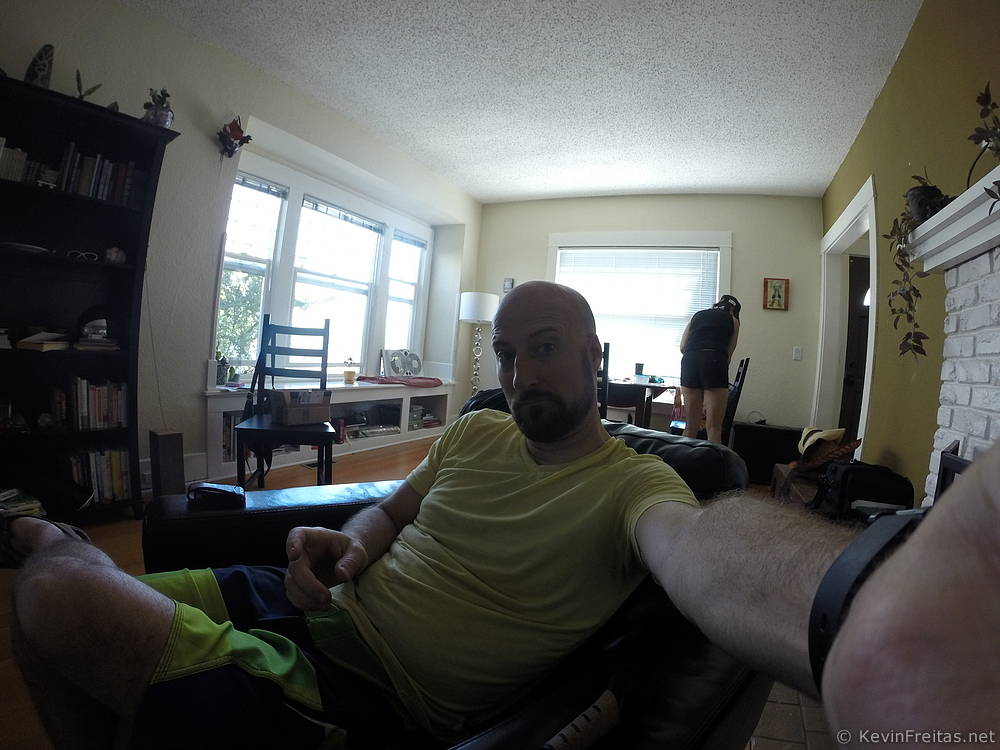 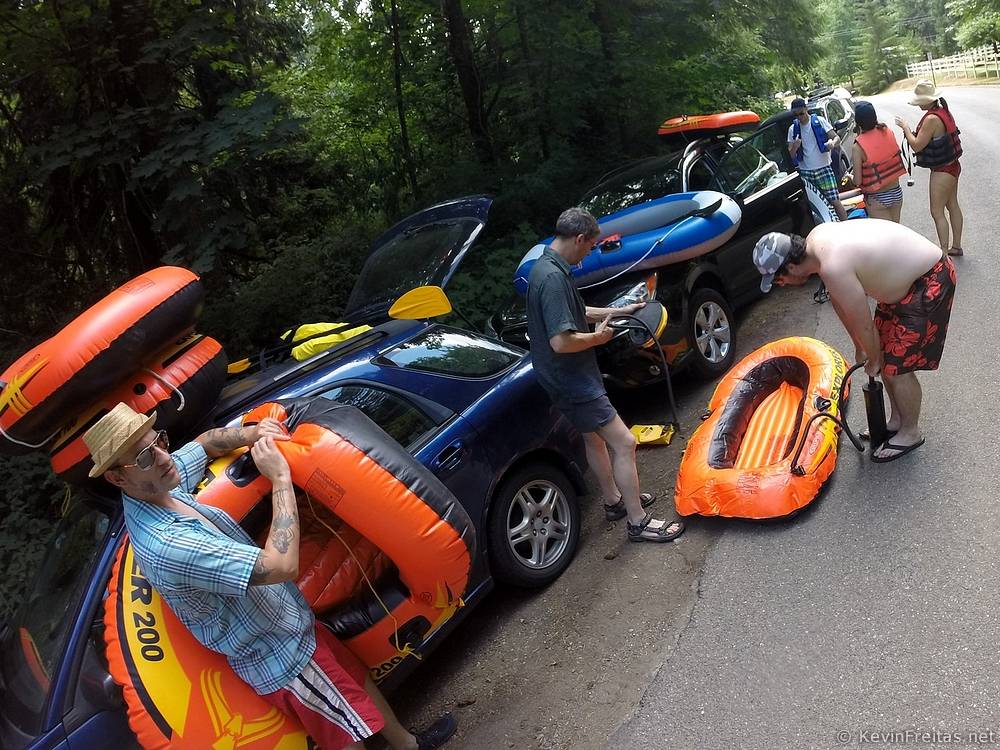 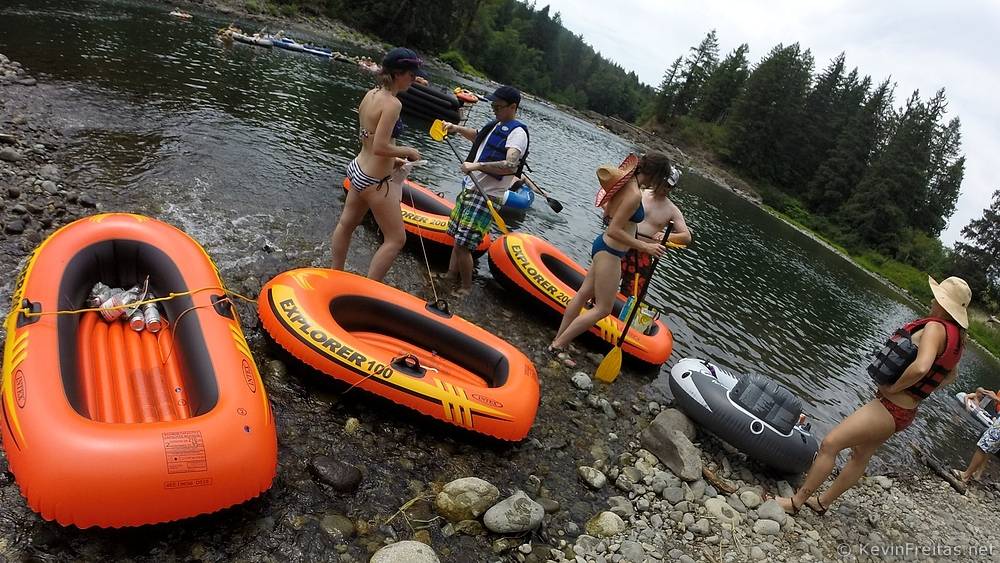 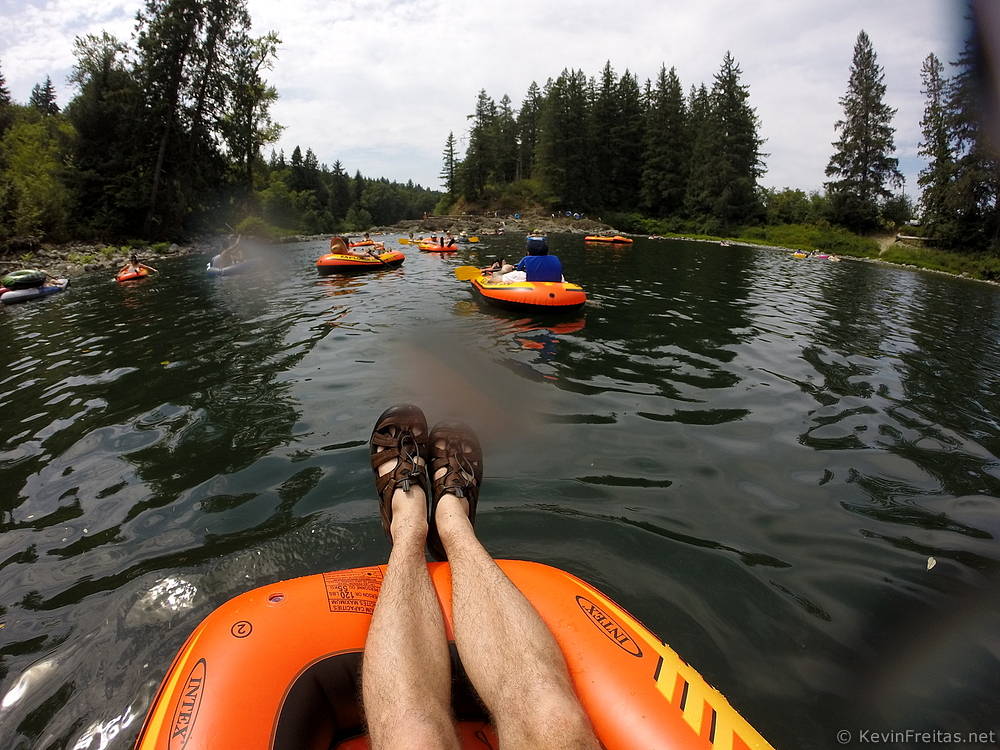 Chuck getting his river sammich on 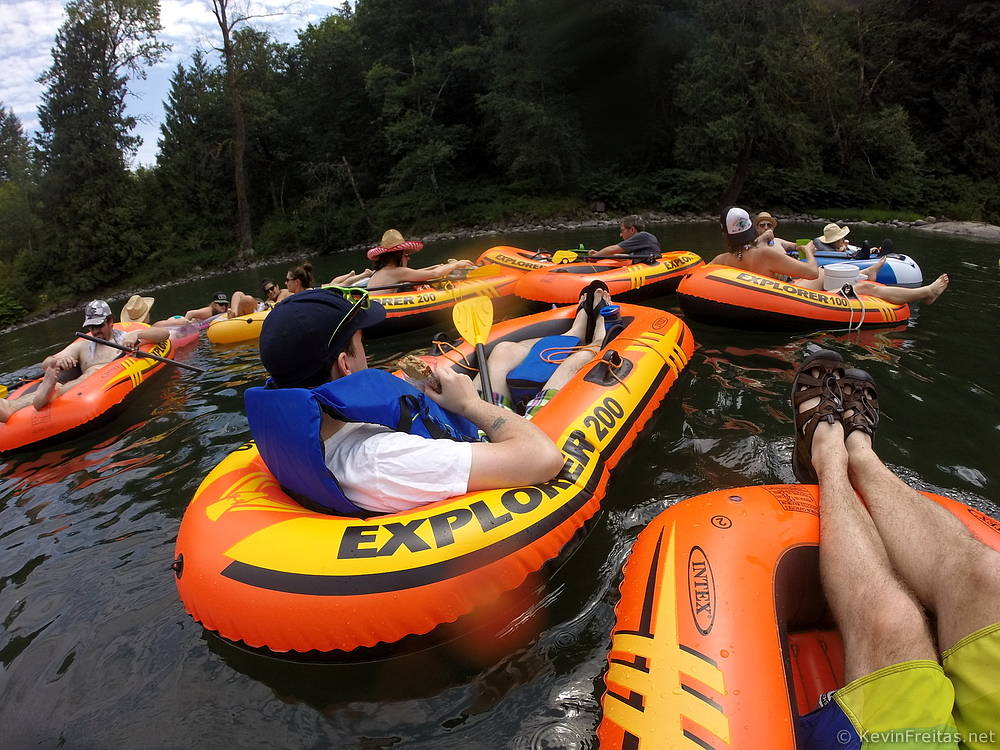 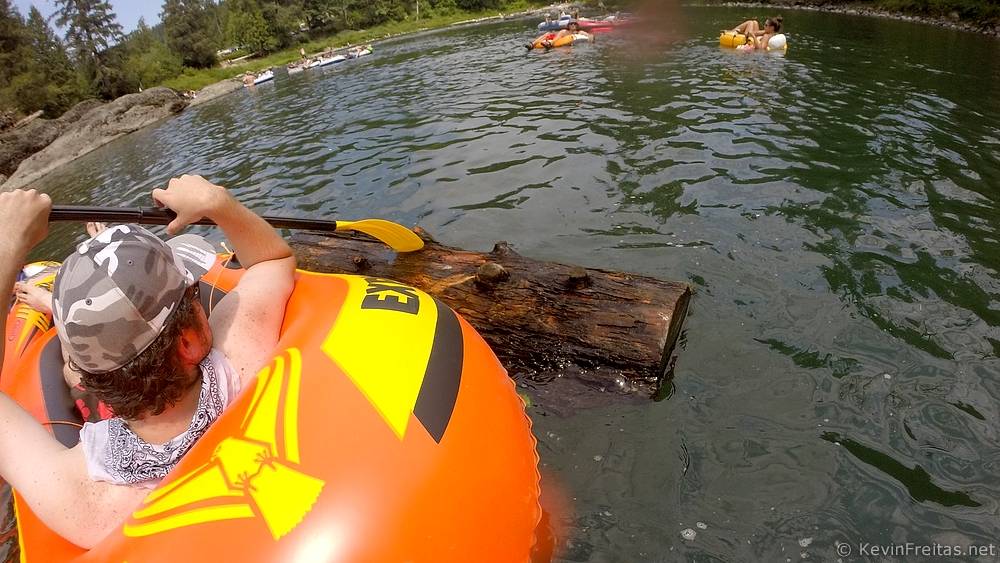 Chandel is double-fisting the oars 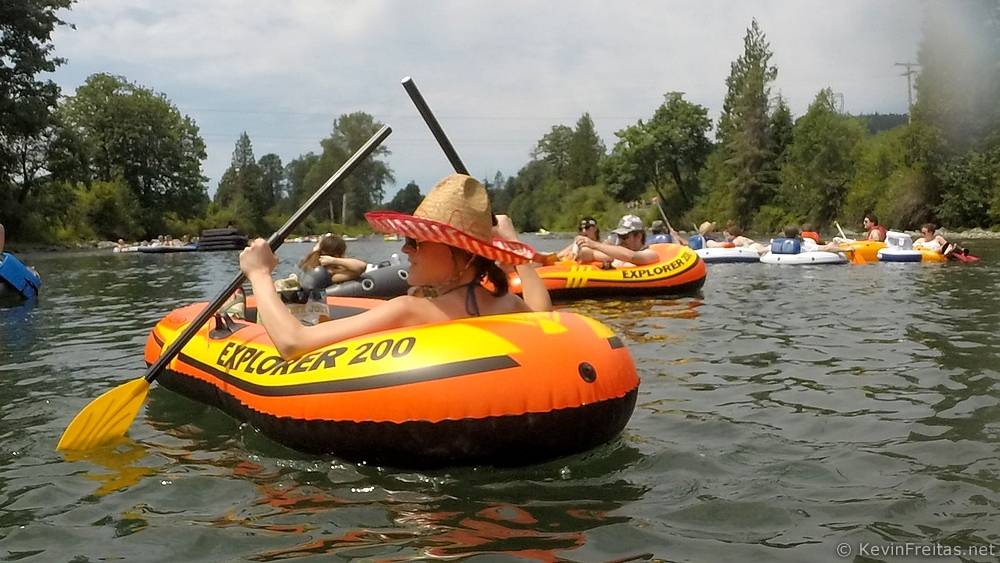 How to keep your beer safe during rapids 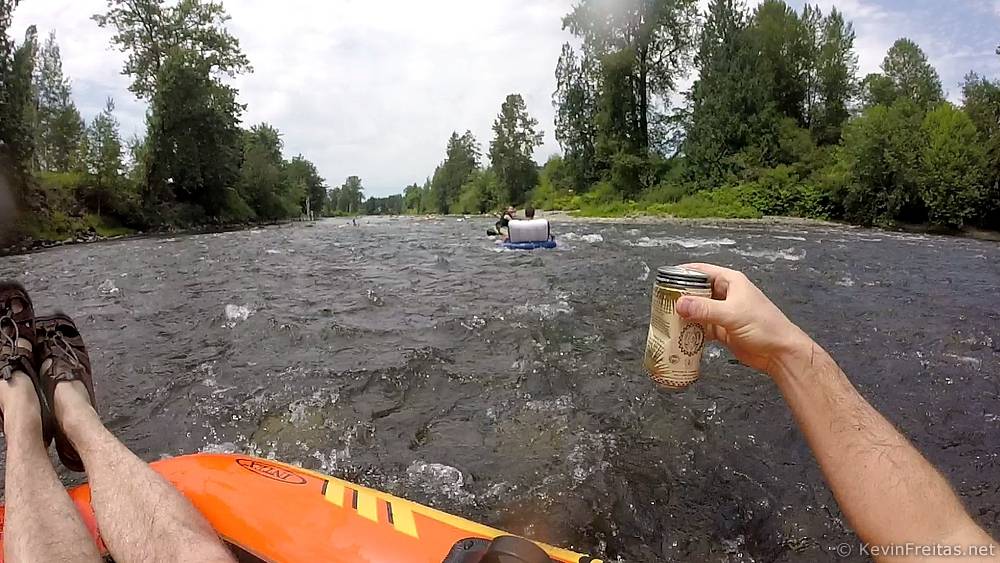 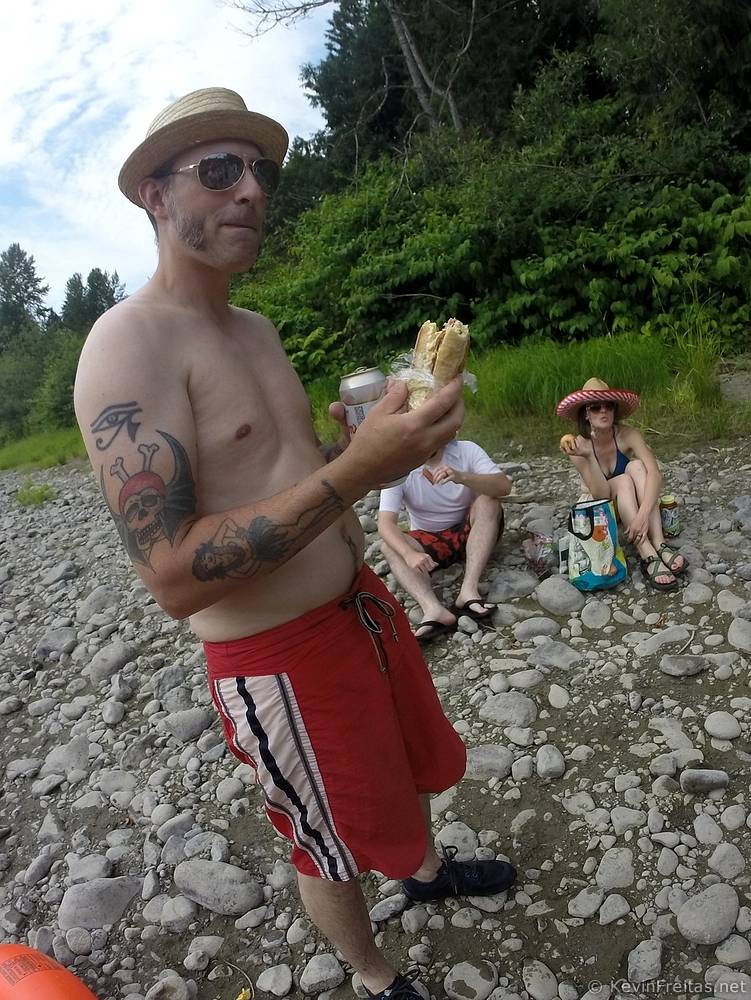 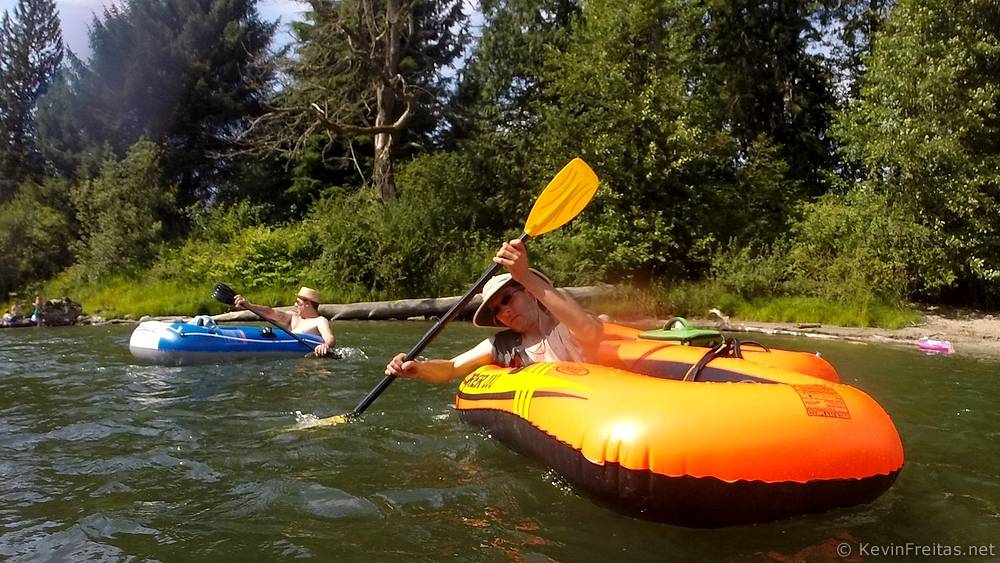 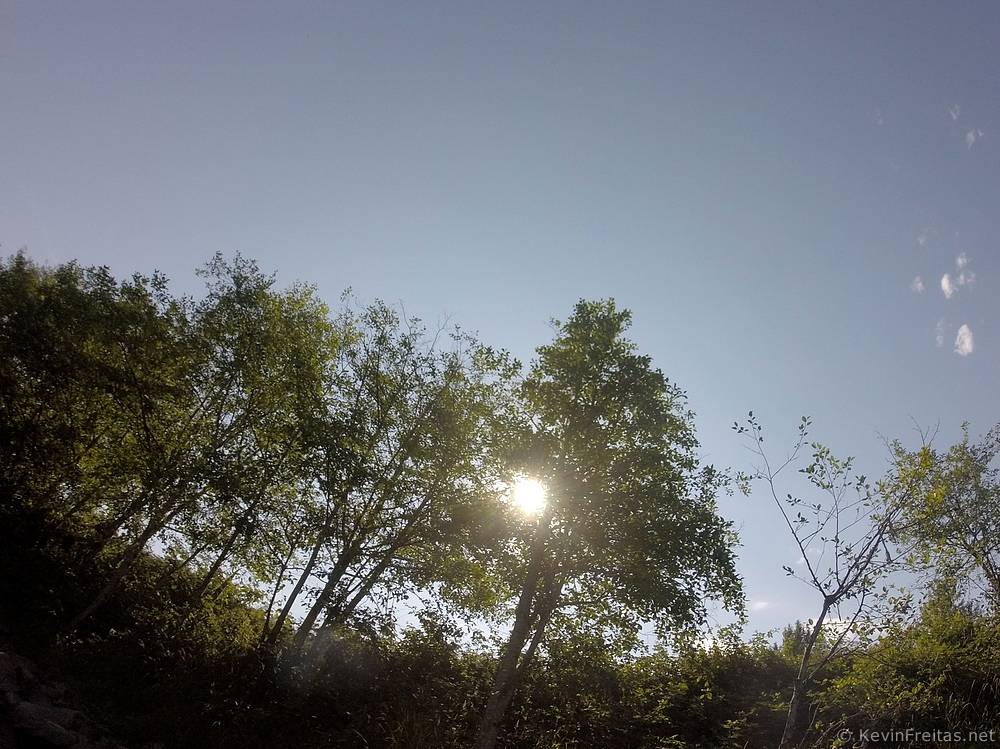 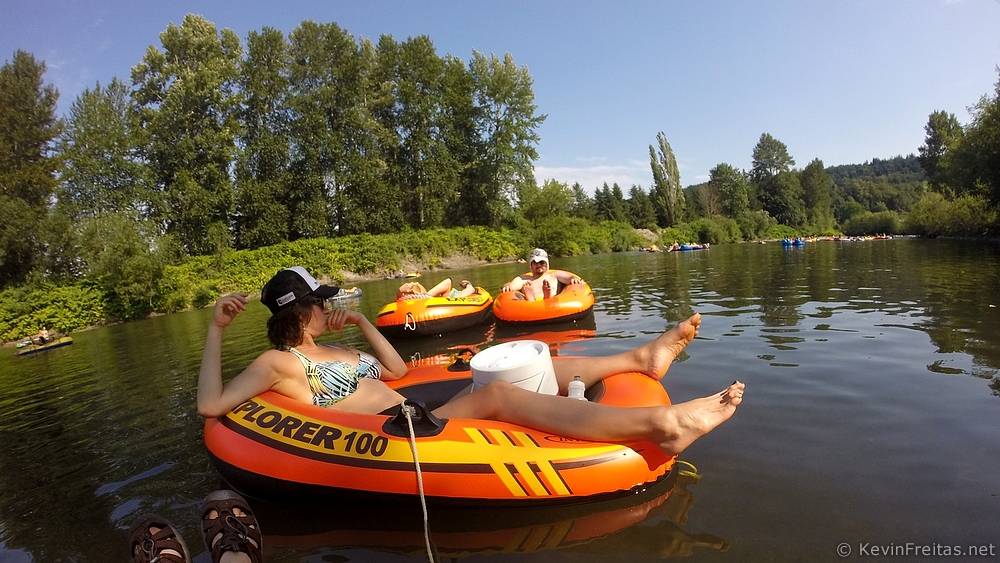 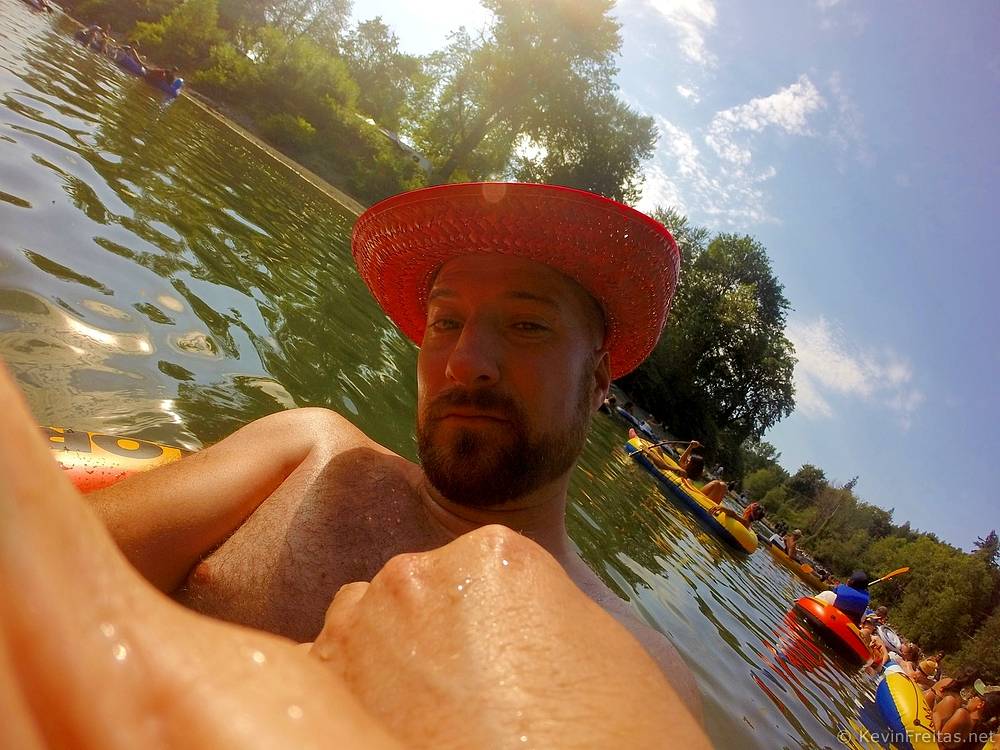 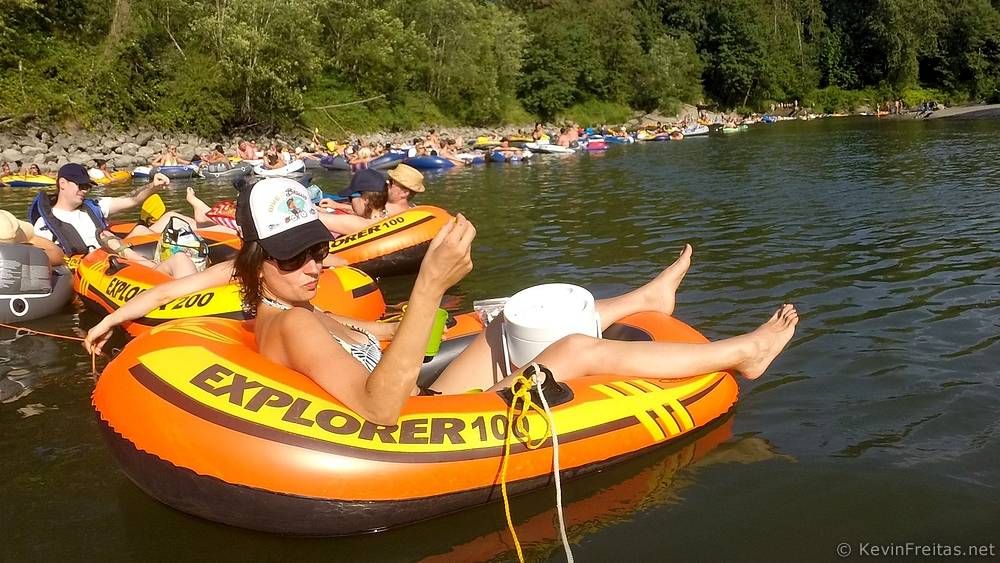 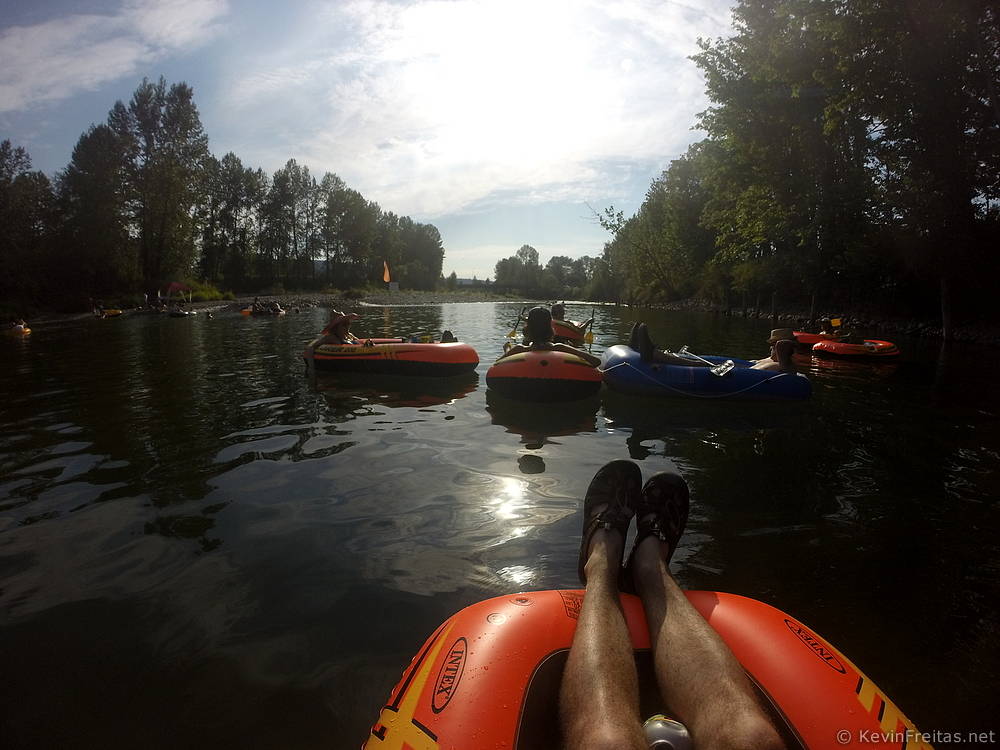 Jul. 12, 2014
No better way to beat 90+ degree heat than a quick drive out of Seattle and a long float down a cool Snoqualmie River with friends and drinks....

Jul. 27, 2013
And the living was easy. We assembled the fleet and joined a great group of friends for a, dare I say it, perfect river float day!...

Aug. 3, 2014
Floating the river is the best way to beat and Seattle summer heat. We welcomed a few newcomers and had a lazy/great time out today!...