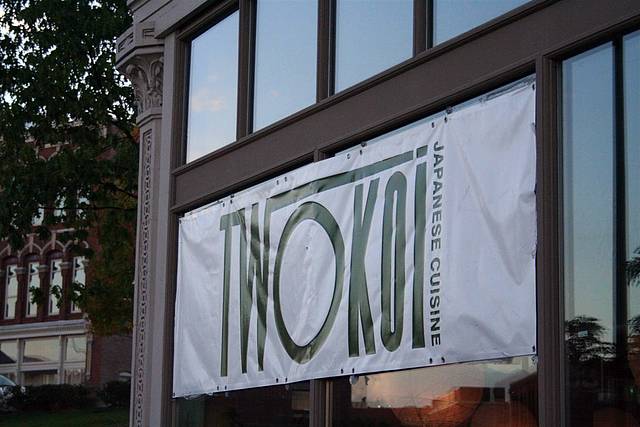 After hearing the news of Two Koi opening, Sarah and I found we had just enough time between work and driving to Vancouver to make dinner. Once inside we could feel the excitement and anticipation that everyone felt opening this new Tacoma restaurant.

First, the decor. A bar with plenty of sake arks away from the host's podium and into the dining area. Everything feels warm yet with clean lines and modern appeal (with a couple flat panel TVs thrown in for folks at the bar). A long line of large windows looks out over the Plaza and the area surrounding. Comfortable, low-back booths line the perimeter with tables filling the rest of the dining room floor. Tasteful jazz combo music played but not loud enough that you could hear comfortable patrons having a good time. In typical Tacoma/Pacific Northwest style, you could pay a visiting in jeans or business suit and be perfectly comfortable.

On to the food. Although only 60% of the final menu was available to us Sarah and I wanted to try a little bit of everything so we split things up a bit. We decided to start with some gyoza then try their teriyaki followed by a sampling of three kinds of sushi rolls. The tea and miso soup were pretty traditional but served in colorful ceramic cups. The gyoza came first and were somewhat small in size (compared to any teriyaki joint in town) but big on flavor. They tasted very fresh with went down easily.

Next the teriyaki came in long, thin strips that were somewhat hard to manage with chopsticks but were tamed with a little chopstick teamwork between Sarah and I. The chicken was very tender and cooked just right and was drizzled in a light teriyaki sauce that wasn't too sweet and didn't overwhelm the meat at all. It was a delightful change from those aforementioned assembly line teriyaki places.

From there we had our sushi rolls. We had a plate of veggie, California, and spicy tuna rolls that were presented well and look appetizing. Sarah enjoyed the viggie and Cali rolls while I stuck to the spicy tuna. First of all, for those of you who've never had sushi, it doesn't taste like fish. If it does, it's not fresh. Same thing with the tuna. I hate canned tuna but love it in sushi form. Before doing any dipping in some soy mixed with wasabi, I had to try one of the tuna rolls on its own and it was great! The spice was just enough to wamn you up without sending you to the fire station and the tuna was clean and fresh tasting. From there I dipped the rest of my rolls in my mix of soy and wasabi and, to my delight, the wasabi wasn't a hard wad and it dissolved easily with some swirling around in the soy sauce. It's a little thing but those are sometimes what matters most.

The service was good but will get better/more comfortable with time. I chatted with the manager Mai-Lee who was [understandably] frazzled but very engaged getting feedback from a busy dining room full of customers. Thanks to her and the staff for experimenting on us. We look forward to more good food and times to come and wish you all the best. In the meantime, before they have their grand opening next month, peek in during lunch and/or dinner and they should be open to server you. Enjoy! 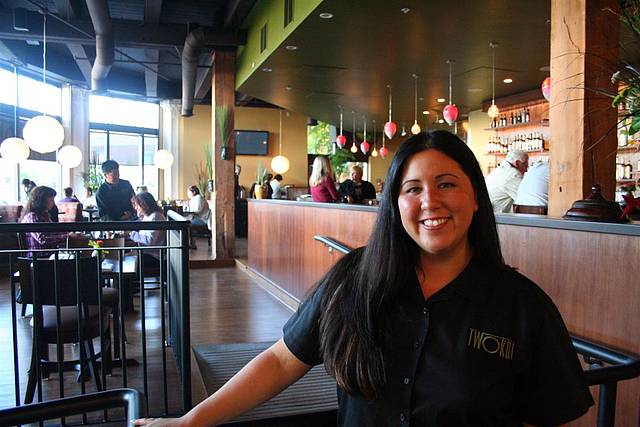 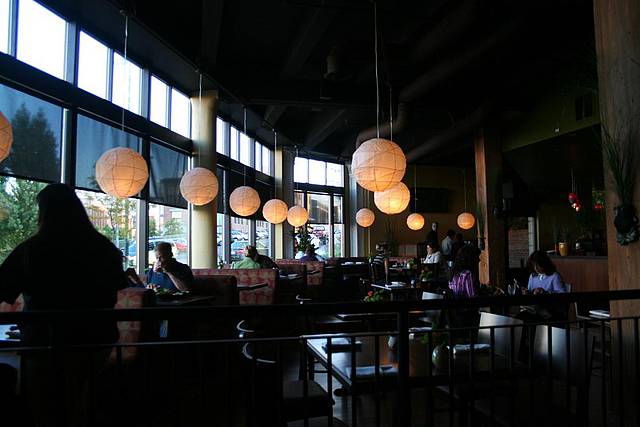 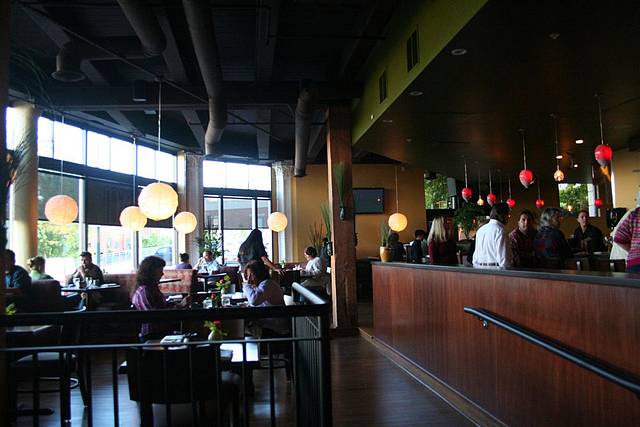 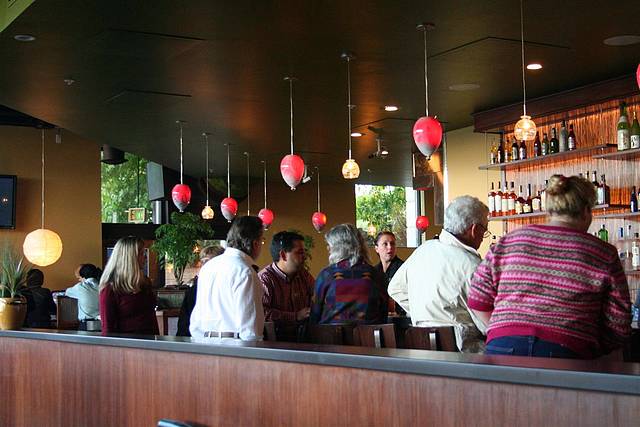 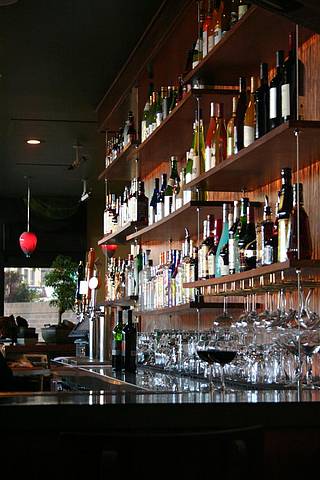 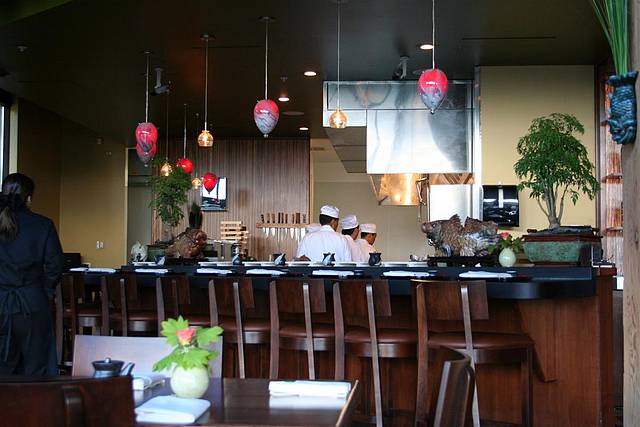 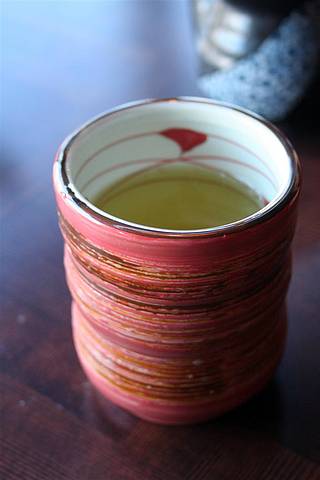 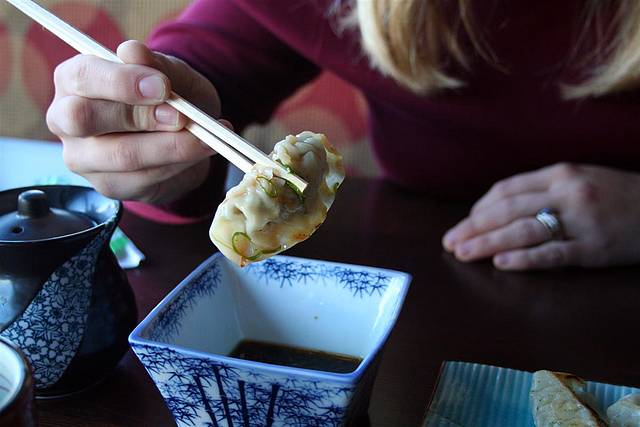 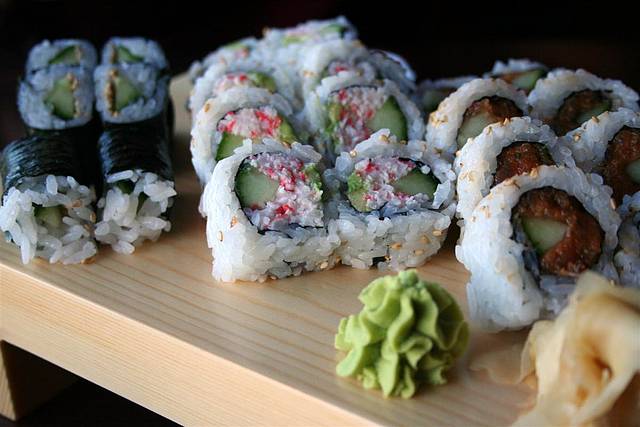 Oct. 25, 2006
Tacoma's new Japanese fusion cuisine and sushi spot downtown is having its grand opening this Thurs, 10/26. Two Koi will have a ribbon cutting by the Tacoma Chamber around...

Sep. 15, 2006
Sounds like folks waiting for more sushi downtown need wait no longer. It seems Two Koi just of the Plaza will open today. Here's the blurb:Twokoi, a Japanese restaurant...