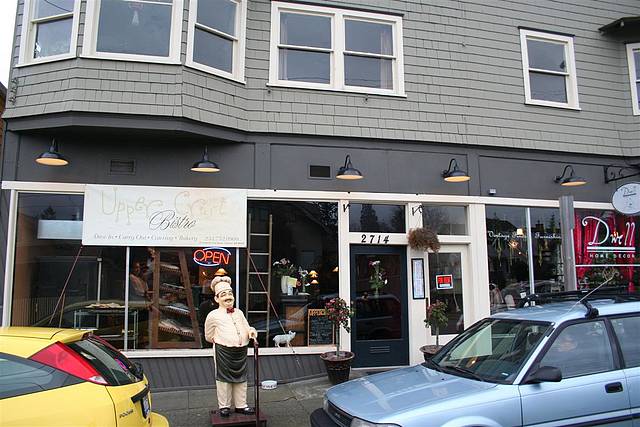 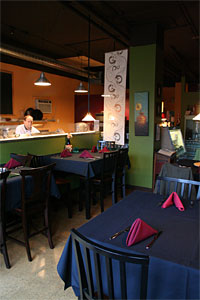 Because if you treat 21st and "I" Streets only as a freeway connecting the North End with downtown rather than a charming district of it's own (Bridge District anyone?) you might miss the place. After starting the afternoon with music and glass at the conservatory Sarah and I were hungry for a late lunch. We thought about were we could go downtown then she suggested a place on 21st that was open as we passed by earlier. And there it was. In the spot where the downright grimey (though admittedly tasty) JJ's used to be is the Upper Crust Bistro [ map ]. They've changed style and mood a bit lately from being a pizzeria to more of a warm and intimate Italian bistro setting. Right when we walked in we felt at home. Though a Sunday afternoon there were a few tables (of probably about 10) filled and one of the co-owners Lauren mentioned it had be busy all day. Worried, I asked how late they were open to which he let me know they're open 'til 9:30pm on Sunday nights. Good to know especially as dead as it can get around town on the weekend. Anyway, the place is really comfortable. Some great accordion music played softly in the background and the warm maroon and olive green on the walls made sense with the black table cloths and likewise maroon napkins. Though before fluorescent lights high above on the 20' ceilings used to wash the place in light simple, wide funnel shaped pendants now hang to bring the focus to each table.

The food was great. The smells coming from the largely open kitchen prepped my mind and stomach well for what came to our table. We started with an order of breadsticks that were unlike anything I've had. Nothing crazy or out there just these long, crunchy on the outside, with flaky parmesan, hand-rolled goodness breadsticks. From there Sarah had a black olive and mushroom pizza that looked fantastic and was according to her. I had their Downtowner sandwich made with sausage, greens, red bell pepper, mayo and balsamic vinegar on what I could tell was fresh made bread. The flavors were amazing together and, this is saying something, even though I was full after the first half I had to finish the second because I knew I didn't want to squander what I was eating by relegating it to leftovers.

The place is well worth a visit especially if you want a calm, comfortable setting right in (at least for many of us) the neighborhood. It's so nice to have flavorful choices and it seems that no corner of Tacoma is without. 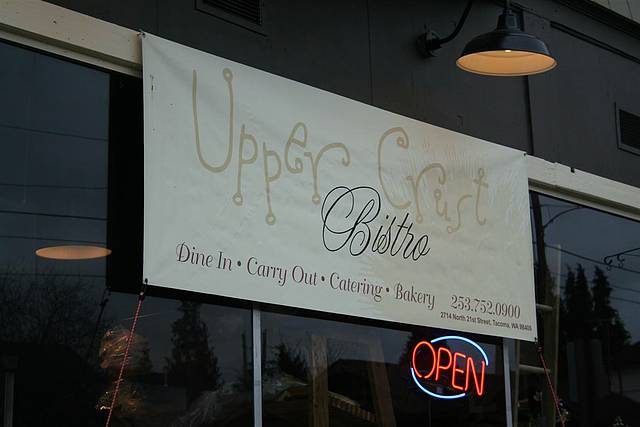 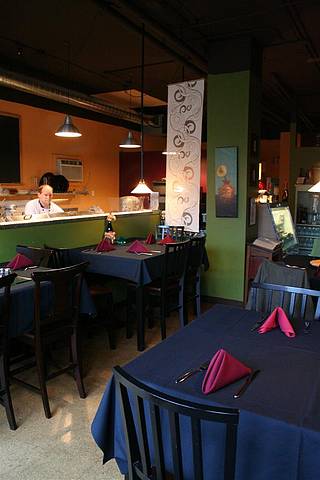 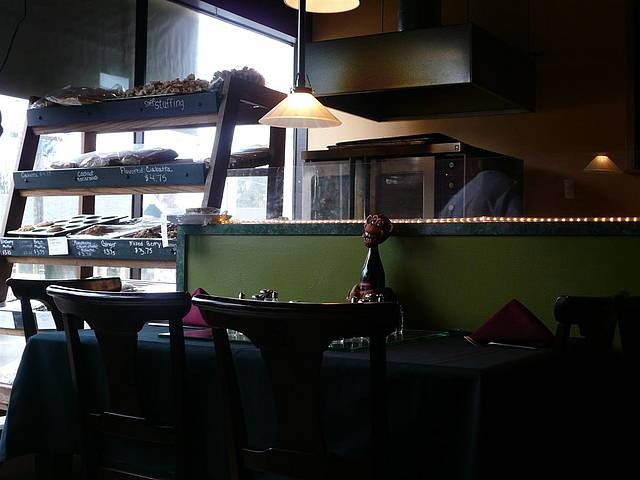 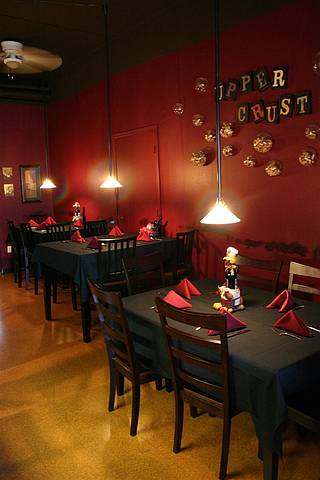 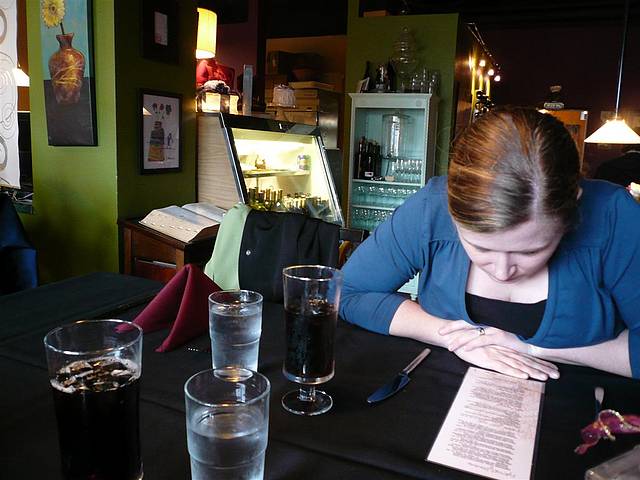 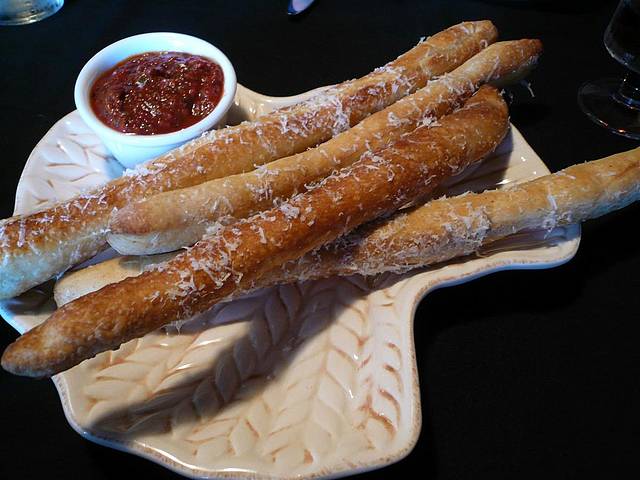 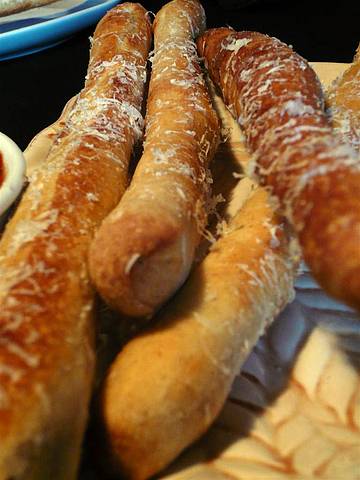 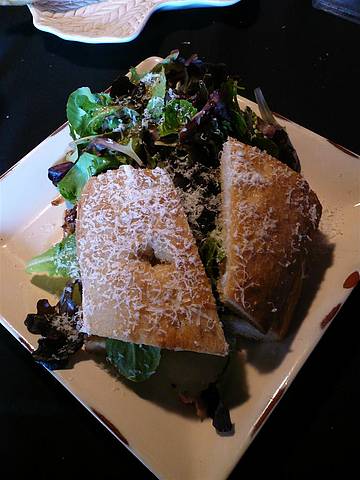 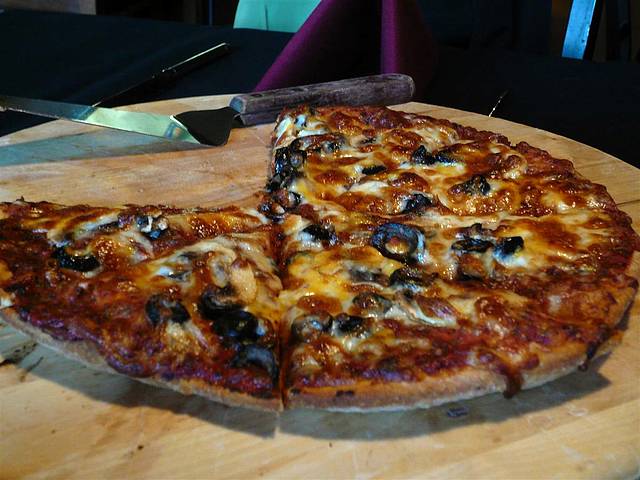 Aug. 8, 2007
Knowing my love for SoDo as you do you can imagine seeing a menu posted for Mary's Burger Bistro had me pretty pumped. Best part is it looks pretty...