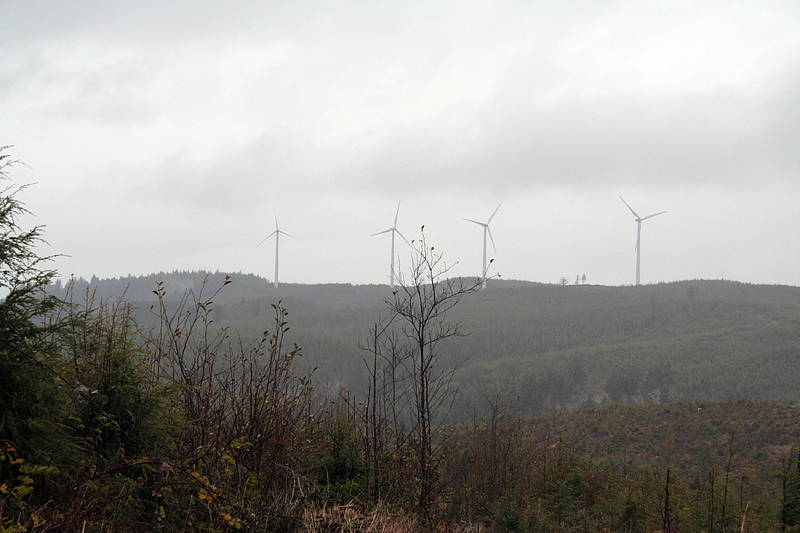 That was one windy, loud night. I was able to sleep until the power went out about 3:30am. Looking at the graph of winds over at Tokeland.me it looks like gusts around that time jumped to about 45-50 MPH and boy could I hear it. I'm thankful it didn't go any higher because that alone was scary enough. And, wow, was it dark when the neighborhood went out. Couldn't an inch in front of my face so really the only sense was the sound of the wind and rain. At one point the rain fell extremely hard but, at least here, the precip was mostly an afterthought.

Everything's calmed down to seemingly nothing though. Winds are still blowing but I can't hear them from the house like late in the night. Once I get a little more sleep and daylight comes I'll see about snagging pictures and possibly video around the neighborhood to see if all is well. So far, at least inside, it appears my little cabin did alright.

Just took a stroll around the immediate neighborhood here in Tokeland and all is well. It's a bit soggy now but winds are barely blowing. Tide is going out but the storm is still pushing water against the sea wall but no sign of tidal flooding or anything. I saw a utility truck a mile or so down the road and imagine it was there in response to some limbs or a tree down. My main concern for this area are the bluffs on Hwy 105 between here and Raymond. They're pretty steep and prone to sliding so we'll have to wait and see if all this rain will prove enough to bring any portions of them down along the highway.

I'll be heading out in a bit to see how the area between here and Grayland fared. In the meantime, here's another update video:

Wow, a wicked band of wind and rain is plowing over the top of Tokeland right now: There's much more standing water around here but I'm hoping this second round of wind lets up soon. Barometric pressure took a quick dive which explains the blowing.

The wind power turbines above Grayland 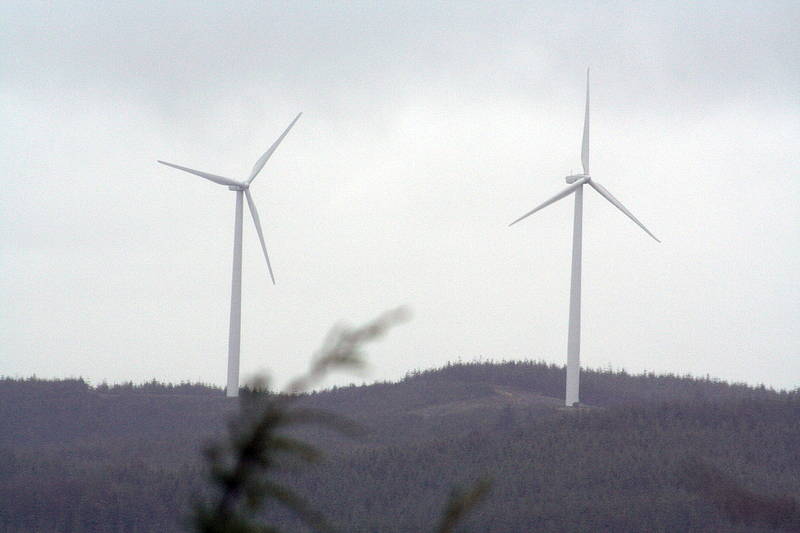 Um, yeah, apparently up on this forest service road is where people come to dump carcasses and other garbage 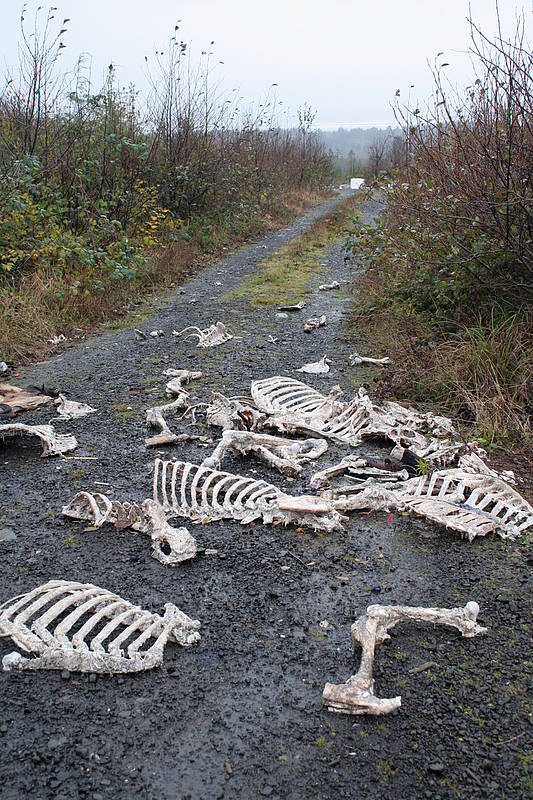 ...though this shot makes it look like my car is a serial killer. :) 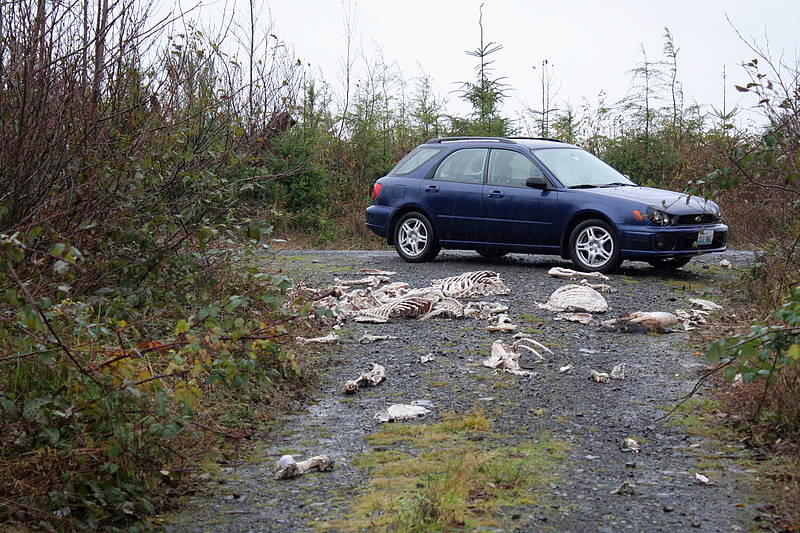 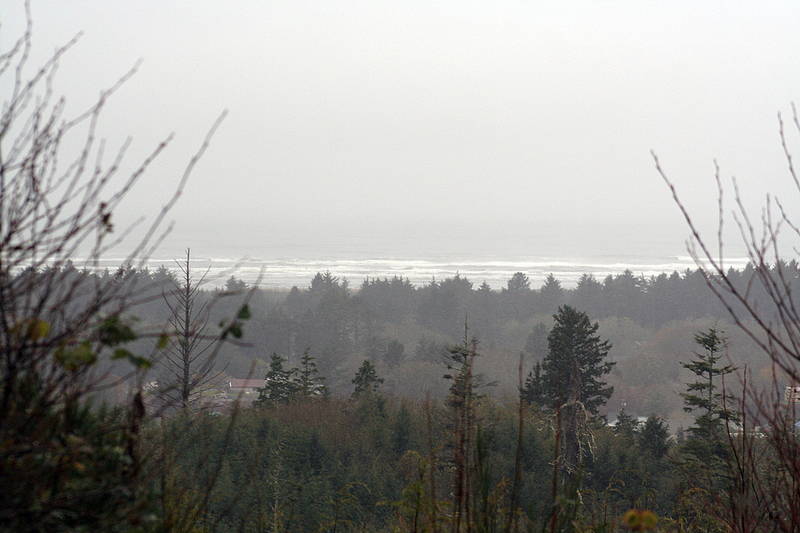 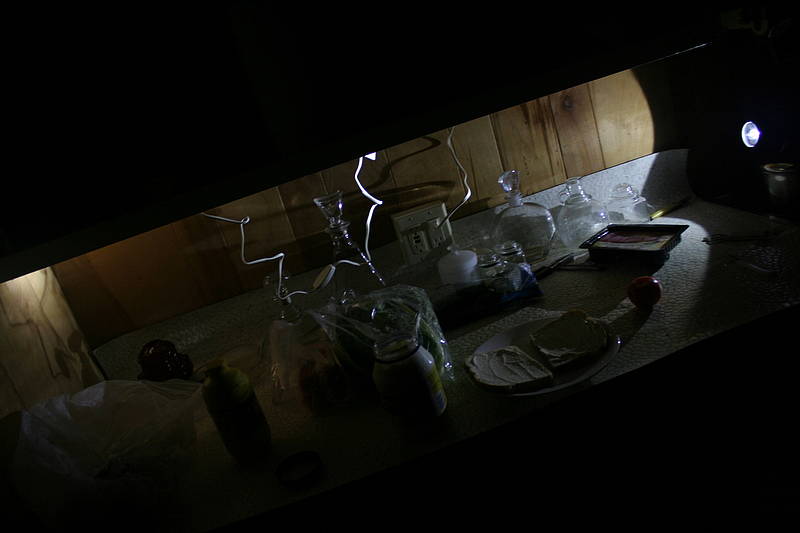 Relaxing by the propane heater fire 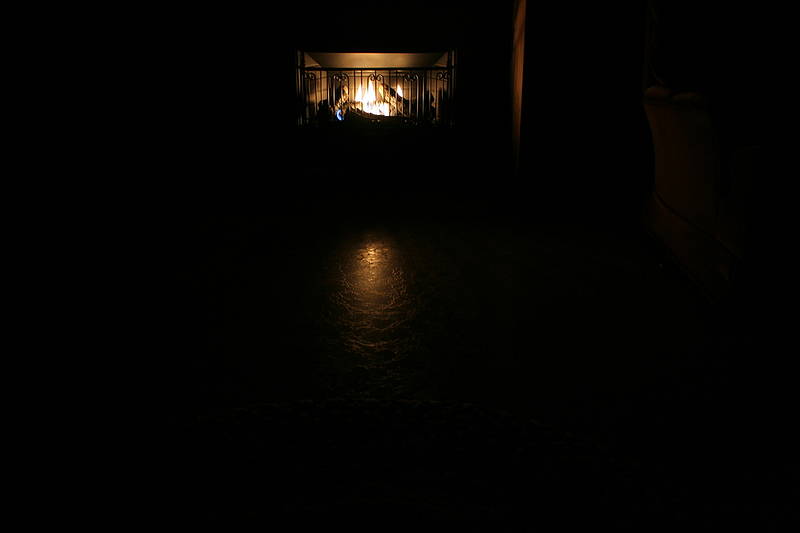 Colby playing on his perch despite the storm blowing outside (little trooper!) 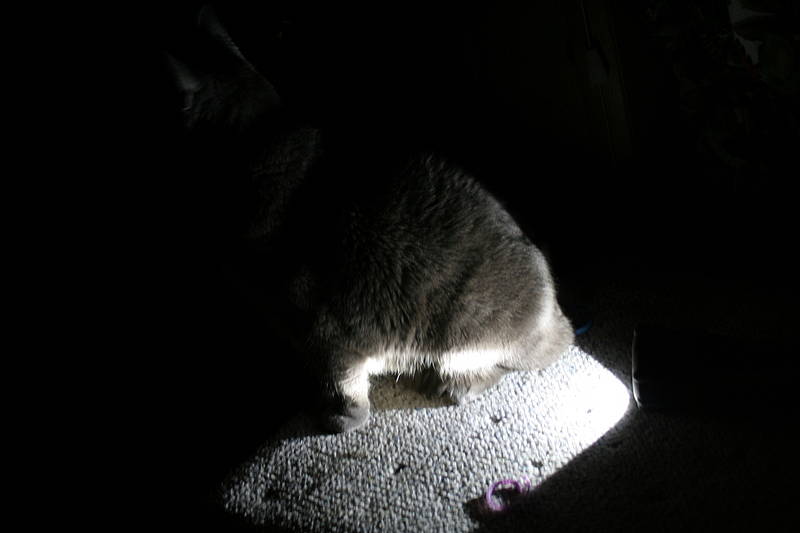 Nov. 23, 2011
Though I knew it was supposed to rain yesterday and last night I didn't know there was another whopper of a wind storm pushing on shore. Sure enough though...

Sep. 7, 2019
This was so fun! Conrad even came outside a bit to enjoy the light show. One nearby strike's thunder was a bit much for him but the next day...

Mar. 13, 2016
As strong winds began to buffet our neighborhood of West Seattle Connie and I decided to hop into the car and see the sights of crashing waves along nearby...

Aug. 11, 2014
I got my camera out after the closer, big stuff hit but I got a couple decent shots once the storm cell moved to the north of Seattle a...