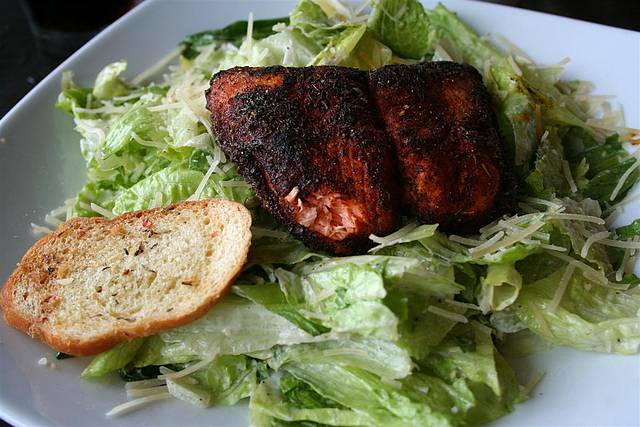 Can Woody's hold their waterfront spot?

Woody's Wharf had a solid weekend of advertisements scattered throughout and around the Maritime Fest. It raised our awareness enough to give them a shot. Sarah, Angela and I were greeted eagerly before even reaching the front door as we sauntered in from the drizzly weather. First thing I noticed was how nearly nothing looked like it changed since the space's days as the Blue Olive. I love the interior for the now defunct night spot and lounge with the dark woodwork, cool blue lighting effects, and ruffled fixtures over the dining area. Does it fit the family vibe Woody's is trying to put out there? No. It certainly would be a shame to have demolished all the hard work that went into the place previously and would've cost a pretty penny. Nevertheless, you can't just co-opt someone else's identity and try and force it to be your own -- especially when it's on a completely different side of the restaurant spectrum.

We were seated immediately and they had the dining room nearly full by the time we left. Not too shabby for a Sunday afternoon though, with all the aforementioned festival traffic, I would expect no less. Our water was filled right away and our waiter was prompt in taking our order. They provided warm sourdough bread to munch on that was not-too-sour, soft, and flavorful. We all noticed the accompanying butter was nice and soft as well and easy to spread. We must've been the first wave there for lunch and the wait was slightly long but we were made aware by our server as such. He assured us everything would come out nice and hot.

I ordered the blackened salmon Caesar salad. The greens were all clean and fresh and overall flavor of the dressing was good. The salmon wasn't the best I've had but was moist and easy to pull apart. The blackening seasoning itself wasn't overpowering and mixed well with the rest of the salad. Sarah had their fish 'n chips with a tempura batter. Though not the top of her local fish 'n chips list, she wasn't offended. Angela tried their burger. It came cooked just as she likes it and sounded like the patty had good flavor. The fries on both their plates were, to me, impressive. Large, golden, and crispy on the outside. Even though my dish didn't come with them they still tasted good after sitting on their plates through the meal.

So, can Woody's keep that spot in the dead zone along Thea Foss until more residents arrive and better access comes with the "D" Street overpass? Is this a positive review? Well, it's not a negative one. I don't think we'd go out of our way or crave Woody's Wharf but we wouldn't avoid it if out near the water for a walk or visiting the MoG or Traver Gallery. As a generic bar and grill they probably stand a better chance of bringing in more people than a stylish lounge down there ever did. There's no sticker shock with the prices and I'd be interested to try out their dinner menu. Hopefully some good signage even all the way up on Pacific will help drive some traffic down to their place and this lovely, albeit desolate, area of downtown. 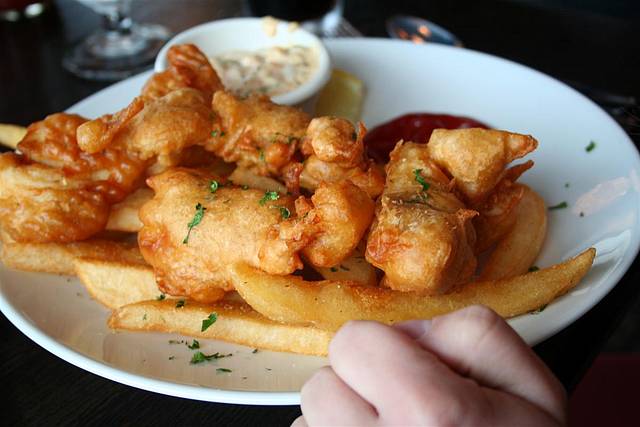 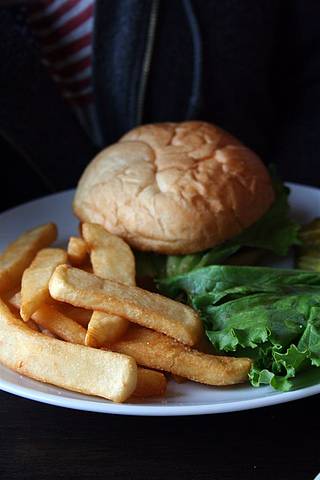