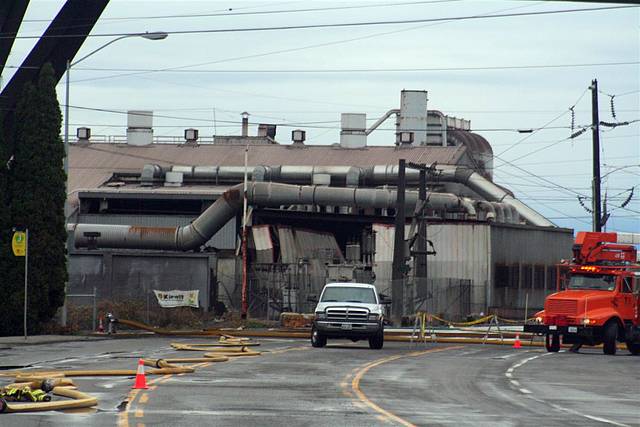 Just wanted to post a couple more shots of the aftermath from that Atlas Foundry explosion yesterday. Local damage to the Atlas facility is pretty severe with partial collapse of one structure near the exploded propane tanks. No building sat across Hosmer from the accident but instead what looks like a storage yard of palettes and other misc equipment. Just east down South Tacoma way a nearby day care looked to have a window blown out but I didn't see any other signs of damage to buildings behind the police blockade. The News Tribune is reporting that four people were injured, one seriously who was take to Harbor View in Seattle. 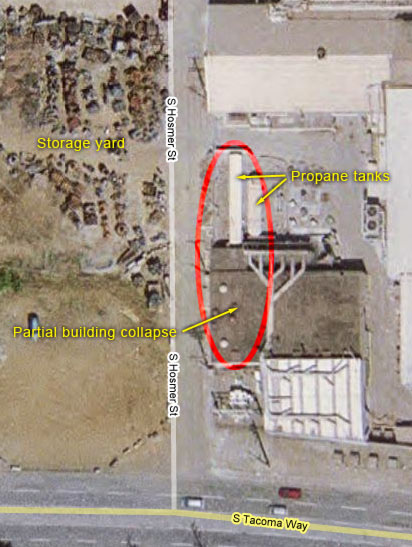 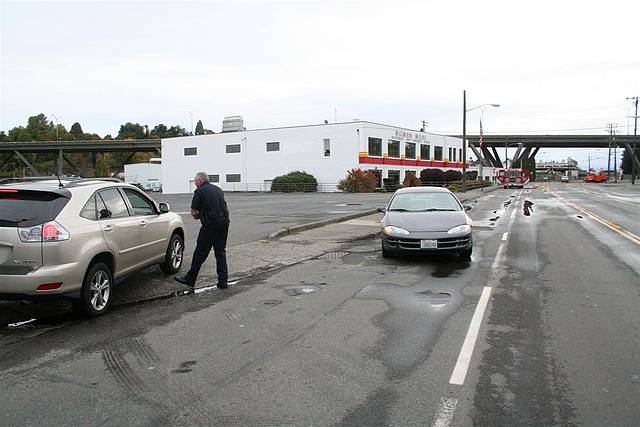 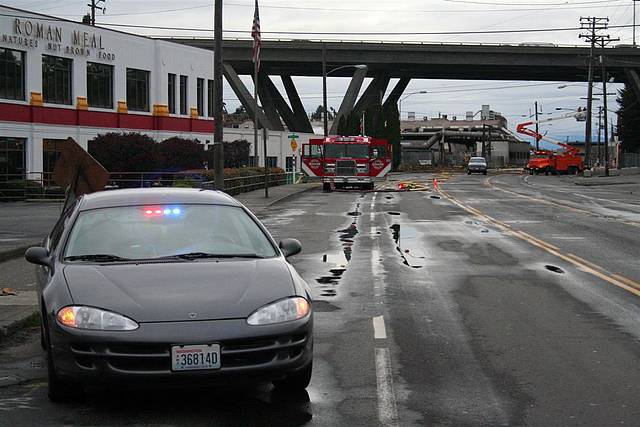 Crews spray water on propane tanks at the Atlas Foundry 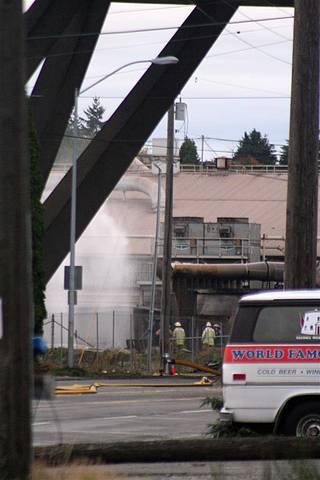 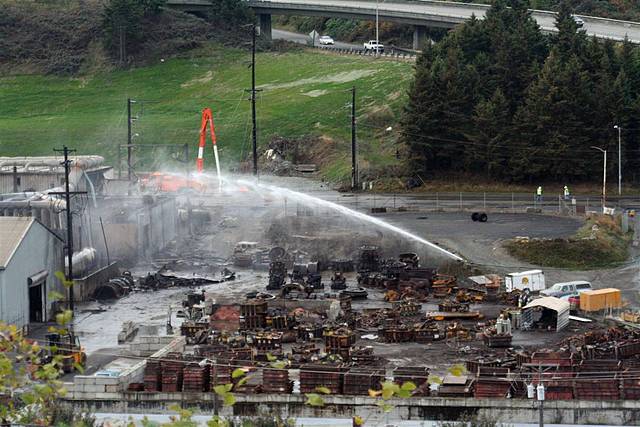 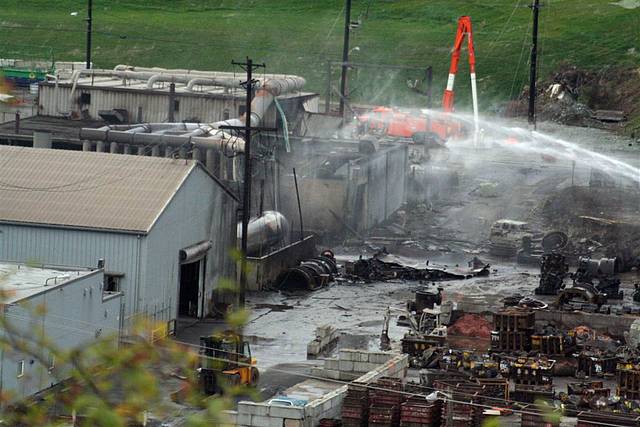 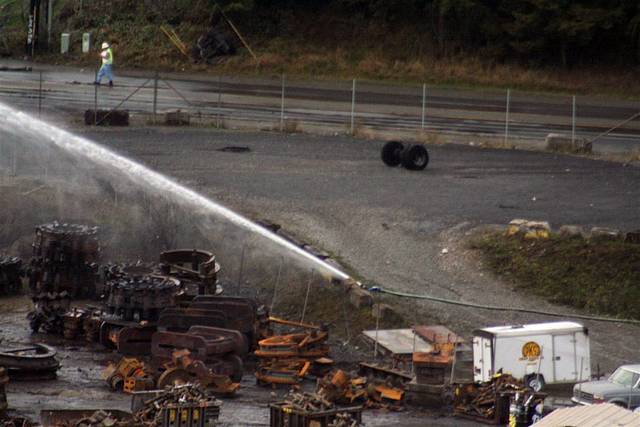 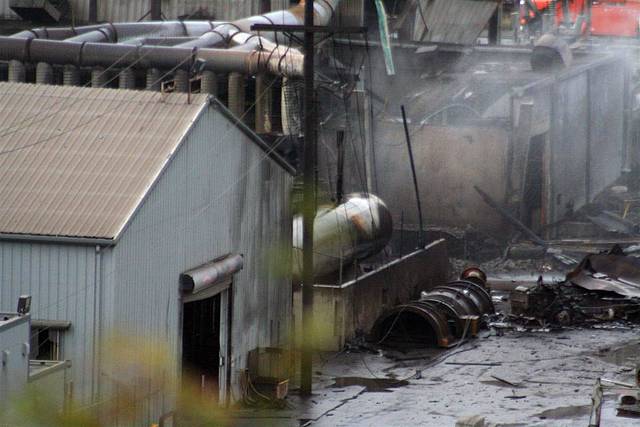 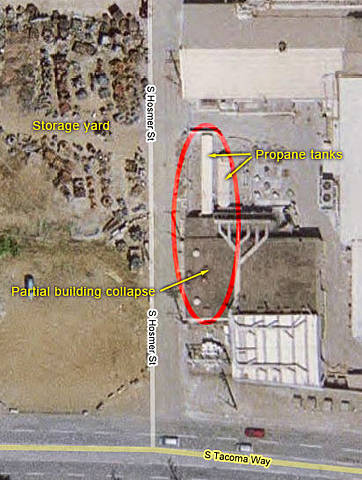 Oct. 6, 2007
We didn't feel anything due to an afternoon nap but we awoke to news of the explosion down in the Nalley Valley. Sounds like there were a series of...

Aug. 14, 2009
Whether passing by on my Vespa or bike I'm always impressed with the scale of the project going on to get traffic across the Nalley Valley. The human comparison...

Jun. 27, 2009
A barrage of sirens followed by the smell of a nearby visible pale of smoke came from a north end fire this morning. The detatched garages of two houses...