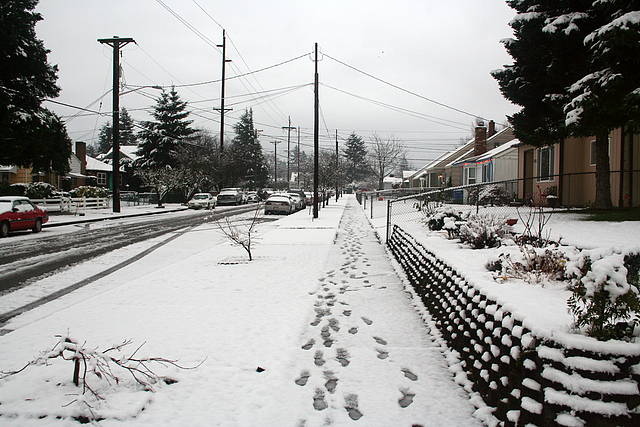 Oh! You have a little start there for a minute? Well, have no fear, I'm talking about another Sarah at my place of work that we had a shower for. Sorry if I got anyone's hopes up!

My day started at work after a somewhat late start due to yesterday's snow. I've been on jury duty all week (more on that later) and was told that the county court follows the local school district's adverse weather schedule. If they're school was cancelled the county/city building would be closed. Tacoma schools were indeed closed so I reported in to work to play a little catch up. Unfortunately, our judicial assistant had her wires crossed and wanted us to call in even though she didn't tell us that the prior day. Right as I was sitting down at my desk the phone rang for me. The J.A. informed me that they were open and that the jury was waiting on me and three others so we could begin deliberations. Crap! I busted my butt to get across town, made it to the courthouse, and concluded the trial.

That afternoon, I headed back to work so I could participate in a baby shower for the Sarah at work. We ate some yummy cake and played a couple games arranged by my boss's wife. The first one was particularly gross considering that we had to identify the candy bars melted into a set of diapers. Well, you can imagine what they looked like (if not, see the photos below)! The second game was a baby food ID game which included a bottle of chicken. Yup. Apparently chicken can be mushed up into a paste like any old veggie can be. I really stunk at that game but enjoyed showering the parents-to-be (both of which work at SiteCrafting). Here's to many happy years and (to Sarah) and swift and pain-free labor.

Our neighborhood in the morning snow (our house at right) 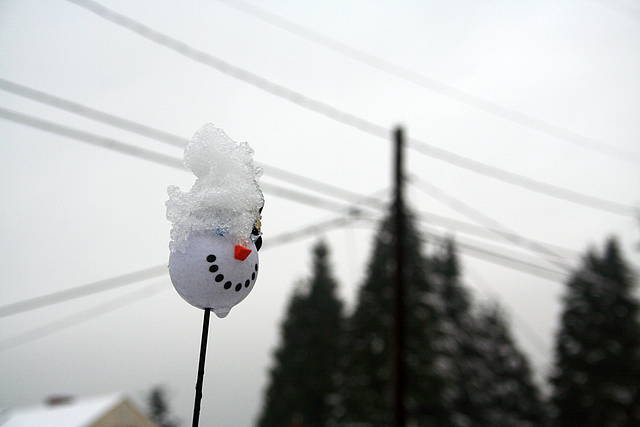 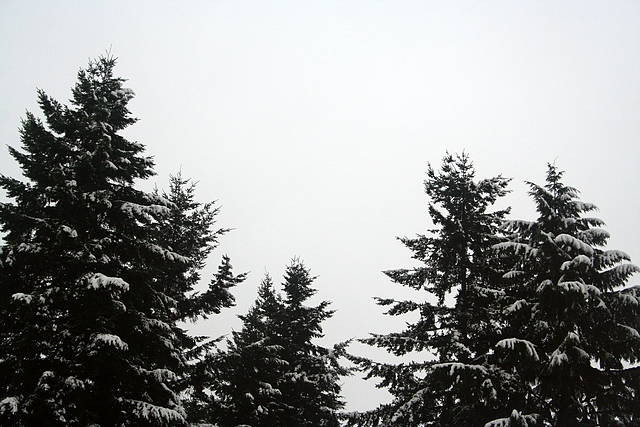 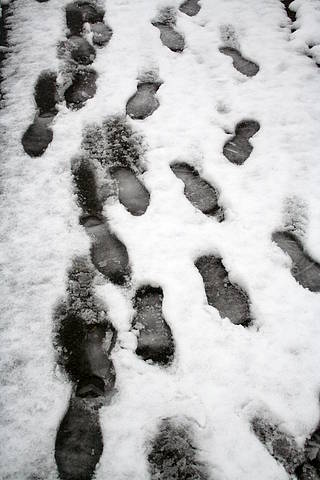 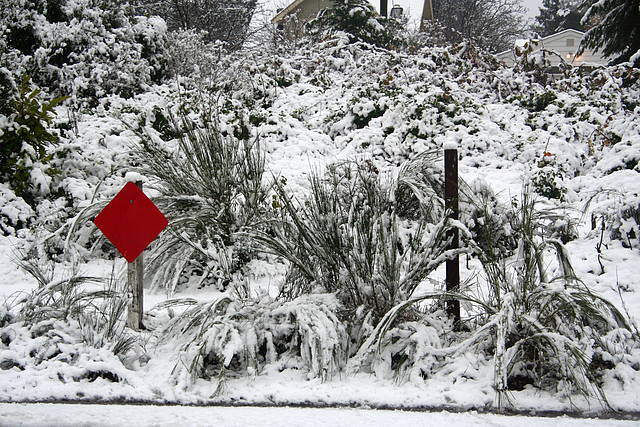 It's times like this I'm happy we have a carport 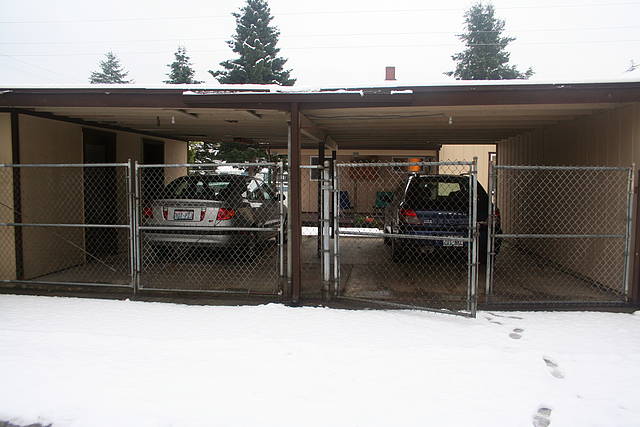 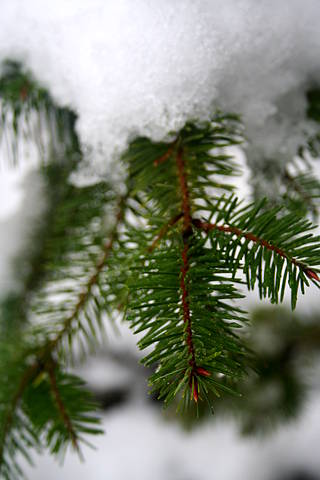 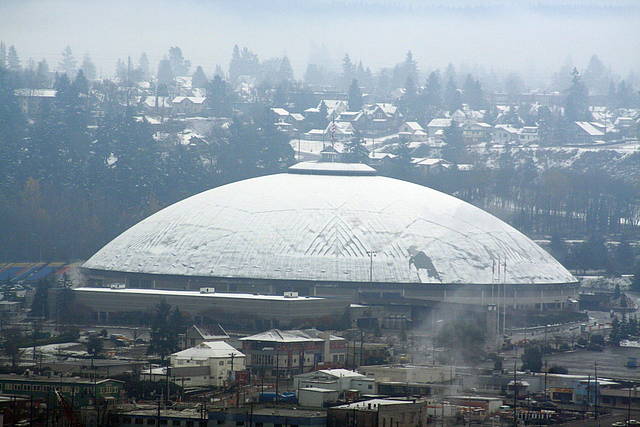 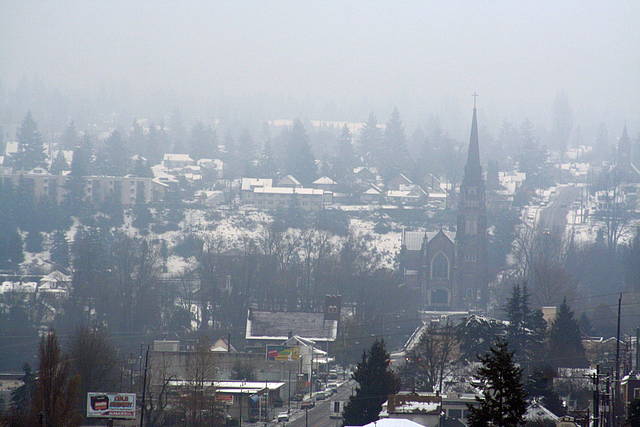 What's that in the diaper, Andy? 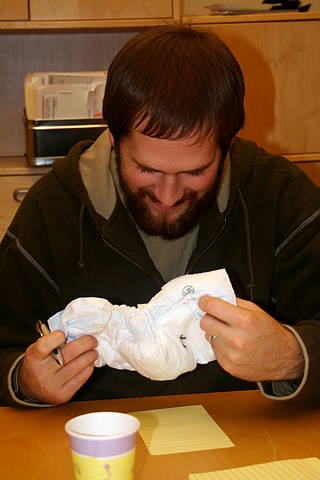 Why not get a closer look... 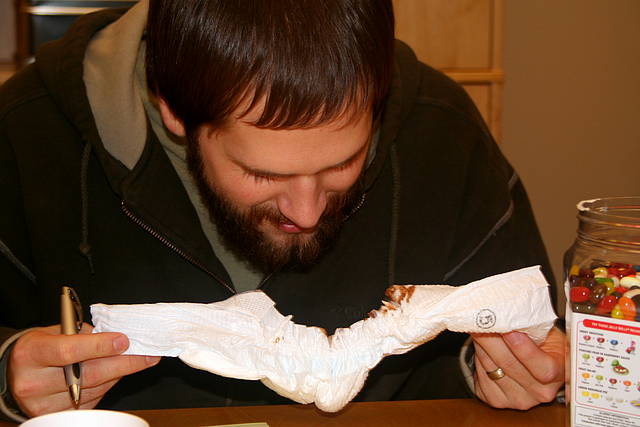 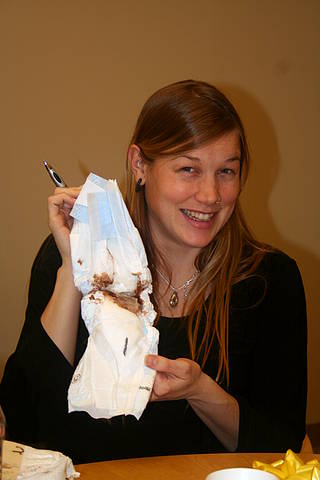 Here's a close-up -- just in case you wanted to see 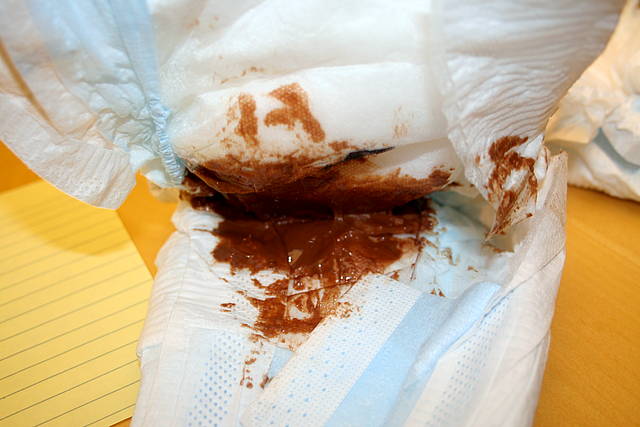 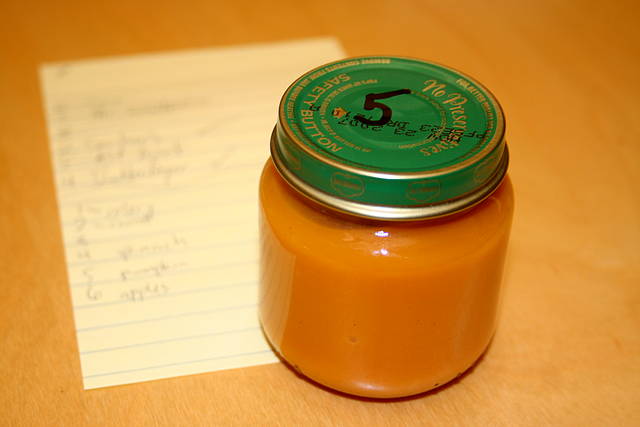 Mike didn't quite know what to make of this one (hint: it goes "Hey! I'm a chicken!") 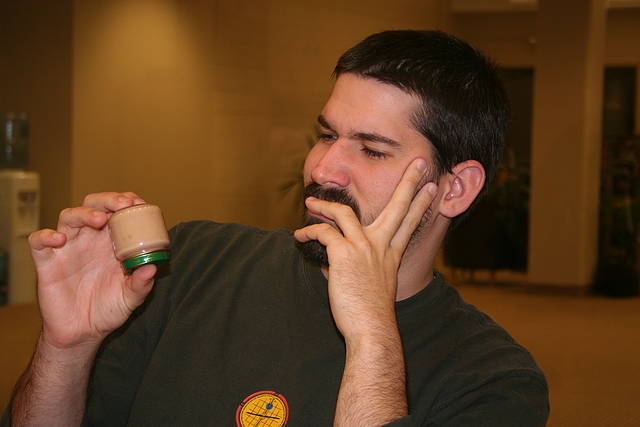 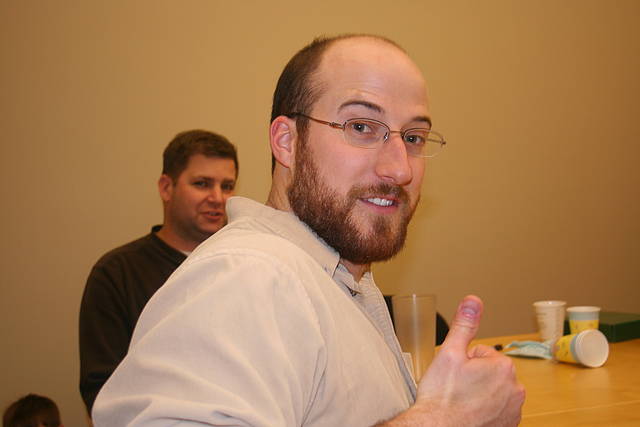