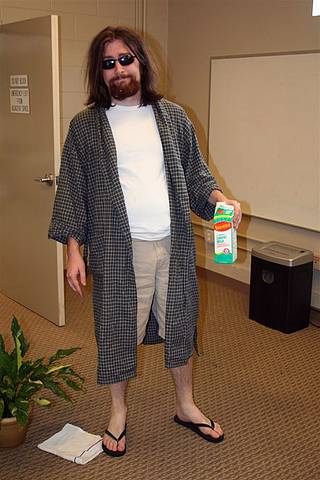 8:47am
No good looks from other drivers. Bummer.

11:50am
Blogging ninja is so stealthy cameras have a hard time focusing on him.

12:44pm
Why does everyone think I'm a terrorist? I'm a blogger ninja damnit.

1:28pm
There was one zombie bus driver that waved and it was good.

5:18pm
Tonight, for handing out candy, I've transformed into the more kid-friendly butterknife ninja. No sword. Just a butterknife. We'll see how this goes over with the little ghouls and ghosts.

5:43pm
Nearly quarter to six and still no kids. Weather's good so maybe everyone's still getting off work.

6:00pm
Finally! Five kids stopped by and even admired our new yard. w00t! One was a cute little desert camoflage army soldier, one Pippy longstocking with kinda short stockings. There was also a Cher but, upon questioning, revealed she couldn't indeed sing nor did her friends want her to. Nice.

6:12pm
Oh yea, talked to a neighbor briefly who thought I said I was an "idiot" rather than a ninja. Maybe he's old enough he thought I said "igit". Take that -- zing!

6:24pm
Now they're coming in droves. We're up to 10. The last three boys were nice but the poor parent watching them saw them running back and forth acrosss the street from one house to another. One even guessed correctly that I'm a ninja -- at least he didnt suggest I was a jihadist.

6:30pm
Up to 15 now and I've again realized I don't speak kid. Didn't understand a word coming from one of their mouths.

6:38pm
18 now. One was a great shark costume who's mouth had two legs coming out that the kid controlled with his arms. He apparently ate some other kids and his blood and candy. There was l, however, another ninja. Go forth blue ninja -- may you receive much sweet candy goodness.

6:48pm
Two more and one was a cute girl dressed as a doctor 'cept with a bloody mask. Should've got her name so I know not to go with her after she gets out of med school.

7:02pm
Bit of a dry spell now. Pizza dinner is ordered and Sarah's making me watch Friends. Having to stomach that show truly makes Halloween a frightening experience.

7:12pm
Happy Holidays? No freaking way. It's Halloween -- mortality. Deal with it.

Thankfully the next kid was a fellow black ninja. 27 and counting.

7:30pm
Another dry spell. Maybe the young kids are don--- wait. A cat girl just came to the door and got two heaping handfuls of candy now that we are desperate to get rid of it all.


Ninja says: thanks to software pirate girl Sarah for filling in while I picked up pizza. See? Pirates and ninja's can get along.

7:39pm
Shy ninja turtle says nothing. Did he want to be out or was this just a parent living vicariously through a shy child? On well, he got candy. And if more don't come we'll have plenty for ourselves/the office.

8pm
Big last rush and I'm done. 10 more and it's quitting time for me. No middle school aged jerks are getting my candy. Boy I sound old. Get over it.

8:31pm
A few stragglers have been by and we're up to about 43 visitors. They're still young so I don't mind so much. Plus Sarah is now giving away the huge candy bars.

9:31pm
We wrapped everything up about nine o'clock. Had a good time and didn't even have any older kids try and sucker us for candy. Hope everyone had a great Halloween! 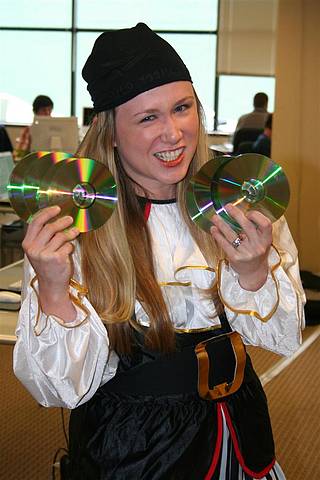 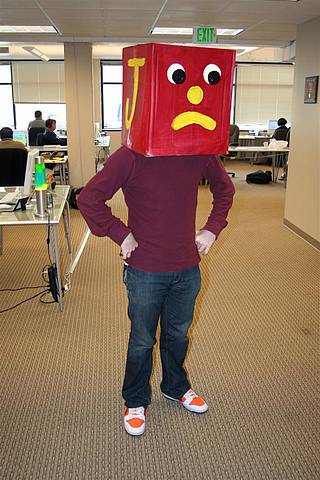 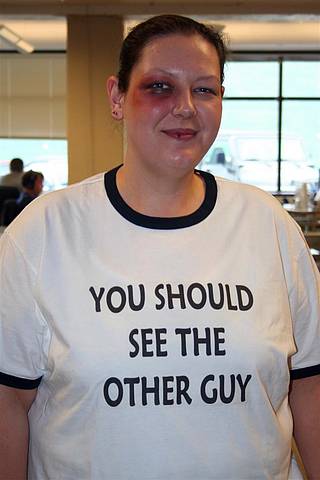 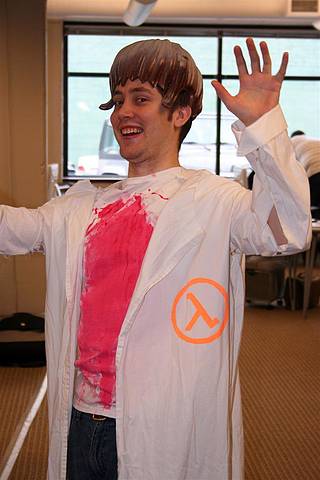 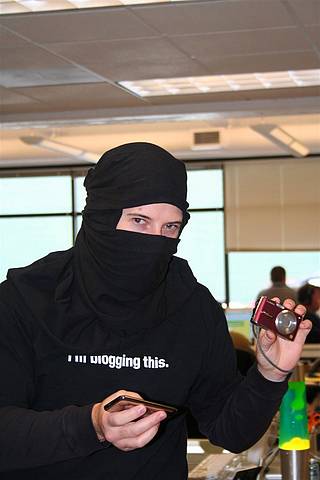 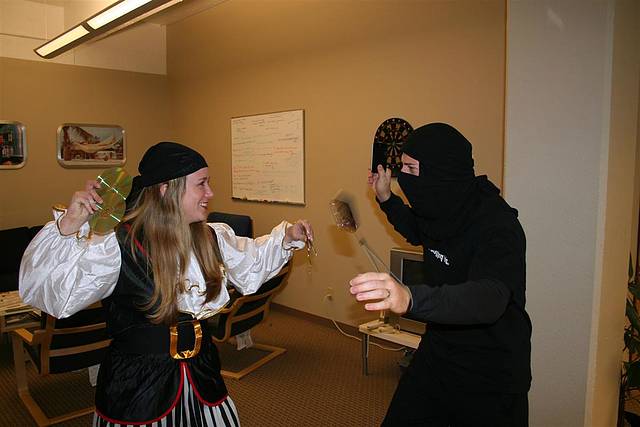 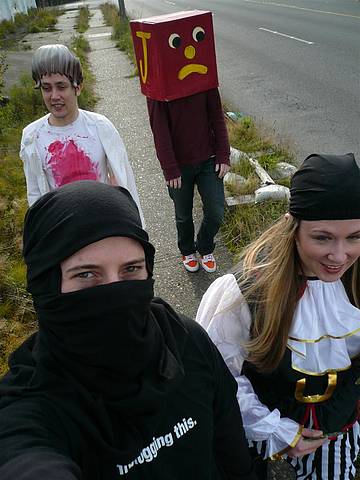 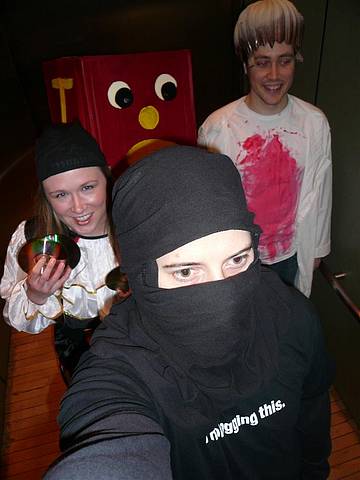 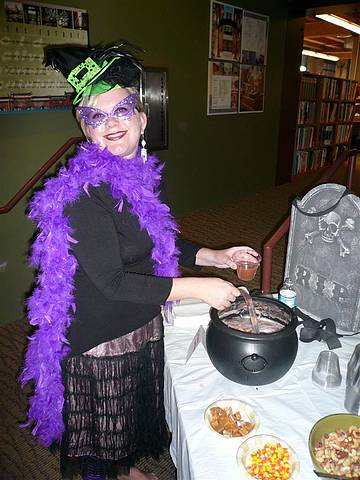 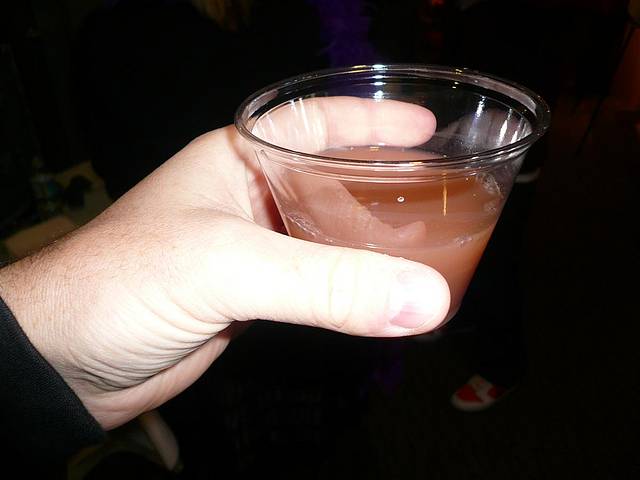 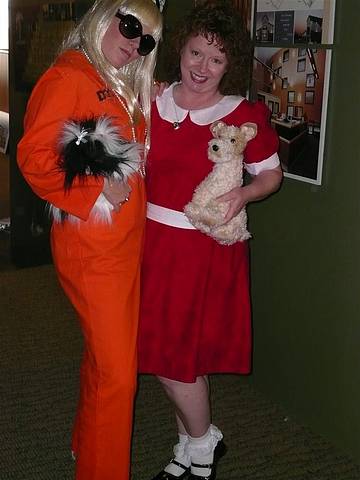 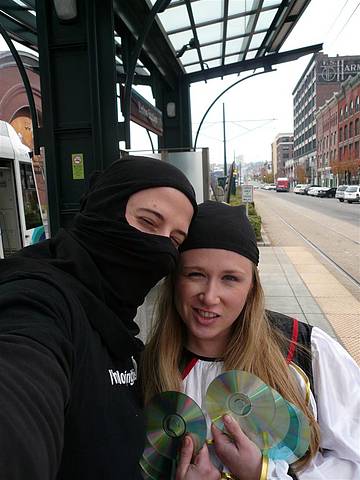 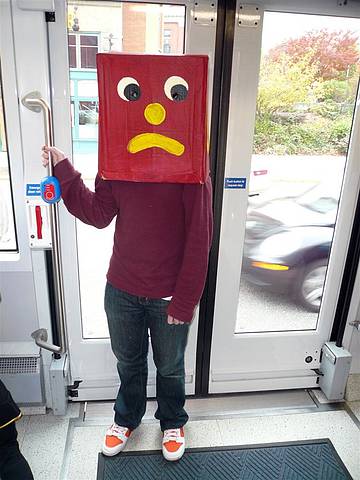 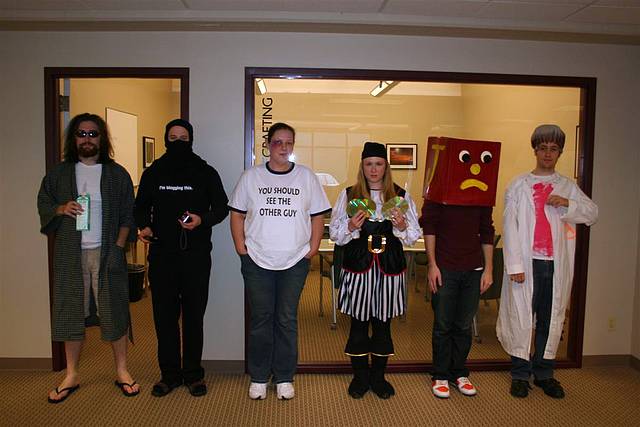 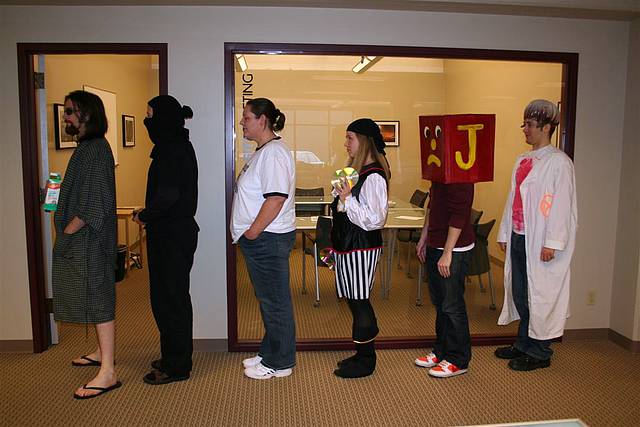 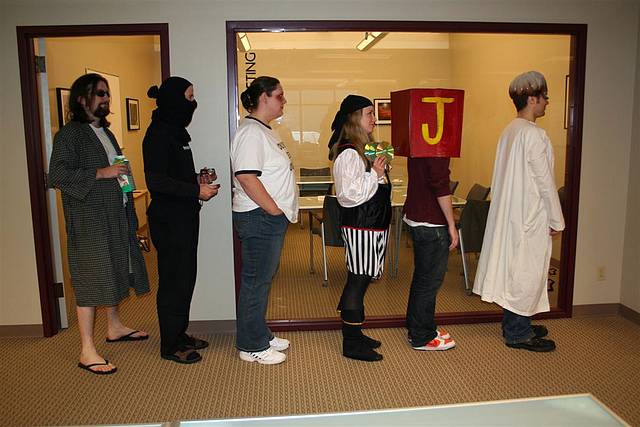 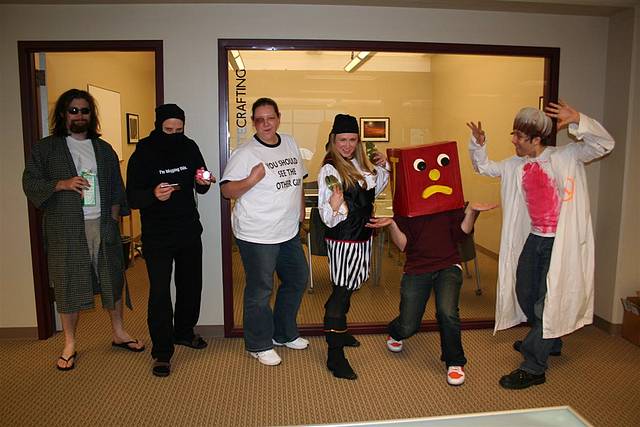 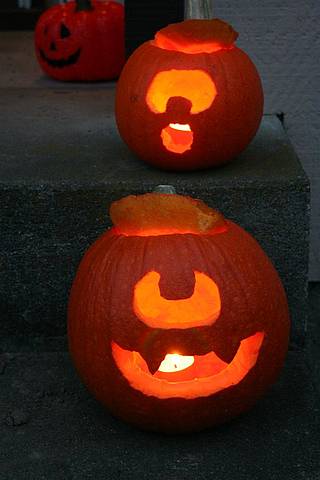 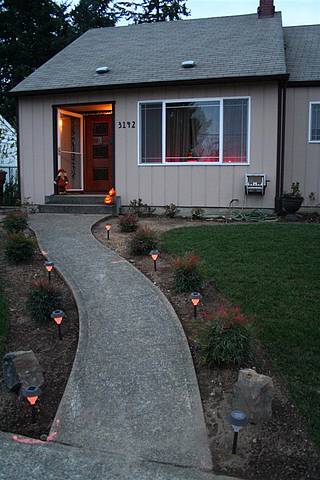 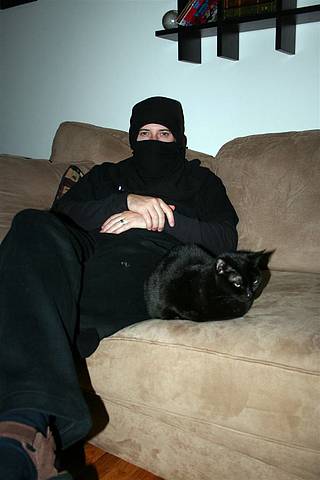 Oct. 27, 2006
Seems like there's plenty of Halloween-related fun taking place this weekend and into next week around town. Although I don't have any break event info myself a couple other...

Neighborhood Halloween Even Fun with Friends

Oct. 31, 2014
With a D20 Brass Band gig on Whidbey Island schedule this evening I headed out early in the afternoon to catch the ferry. Though the day was soggy with...