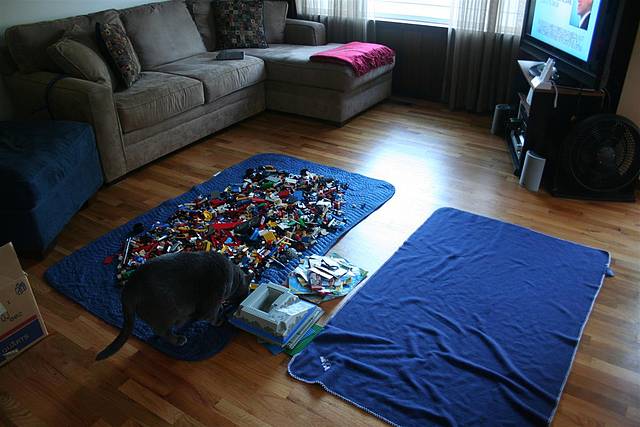 Photos ~ Debate and Legos, Together At Last

After the idea hatched Monday night at local hang The Red Hot our first Lego and prez debate party took place. Before everyone came over I released my boxed corral of bricks and pieces onto a blanket. It was a glorious site and it's been years since they've all seen the light of day. It's funny because there are all kinds of random little chunks from my childhood in there including a Mask action figure, a gooey Starburst that had stickied up a few Legos, a pile of original set instructions, a Boba Fett action figure, and on and on. Once the debate started everyone began to arrive. Ensie, Frinklin, Stowe, Izenmania, Nick, Ashley, and even my buddy Bobby from Seattle all crammed into a Lego-filled living room for the occasion.

Most everyone intently sat on the floor and built while Obama and McCain "debated" on the teevee. That event was pretty much a draw which means Obama won because he's already ahead in all kinds of polls nation wide. The real contest was in my living room. Peep the pics below to see our creations and feel free to vote for your favorite below.

Colby inspecting the setup for the evening

Yea, don't know how long that's been like that 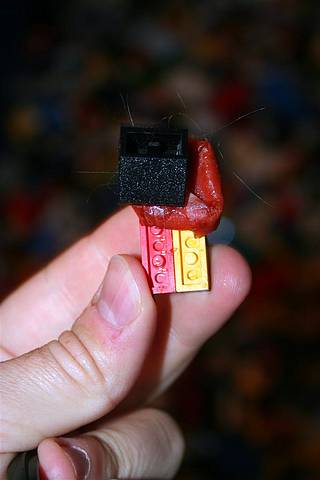 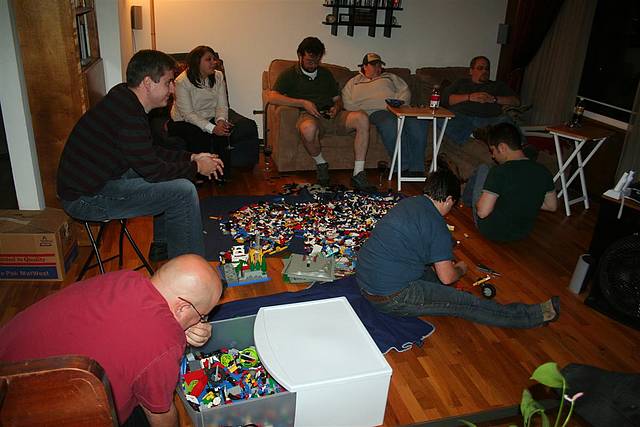 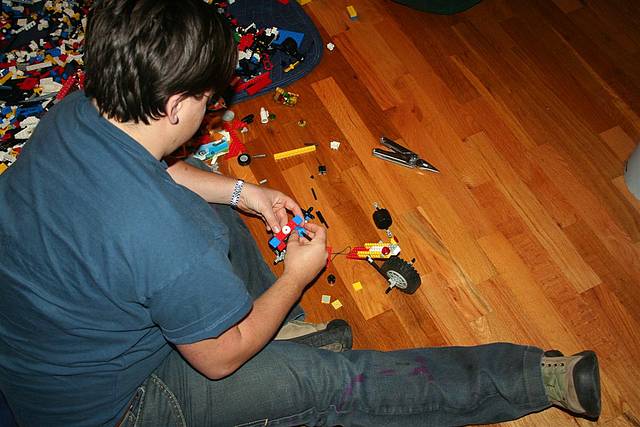 Nick and the pile 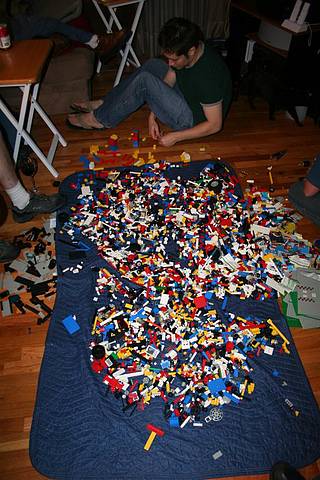 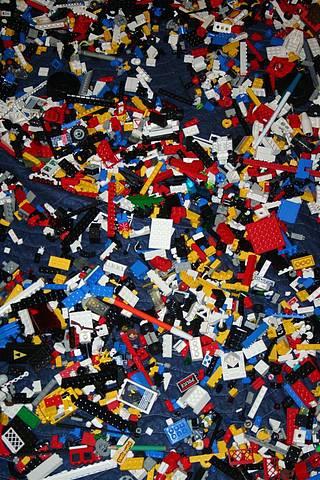 Bobby and his creation 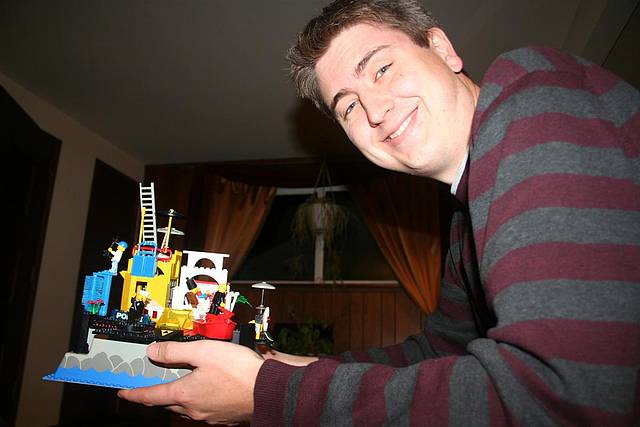 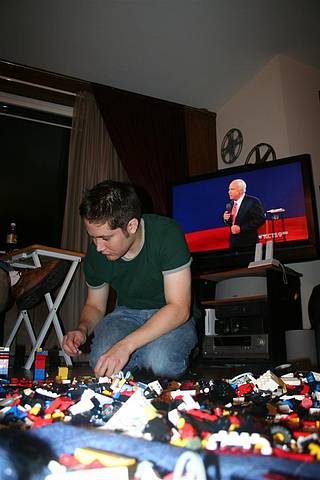 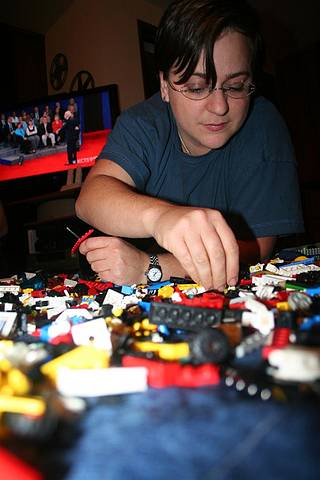 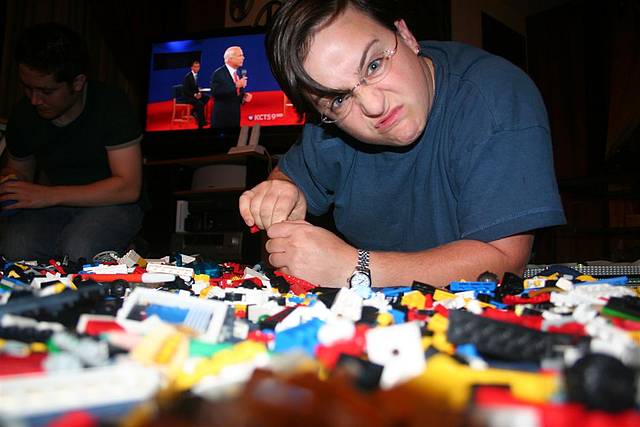 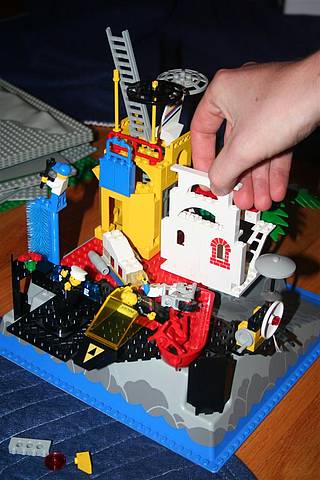 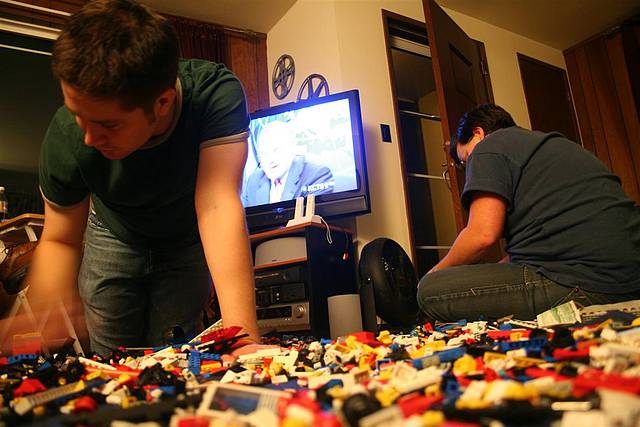 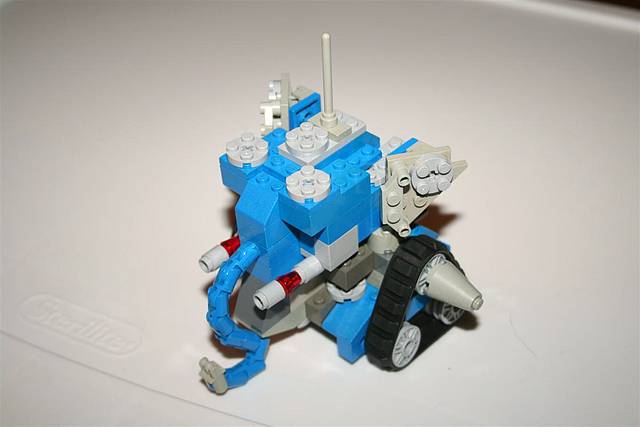 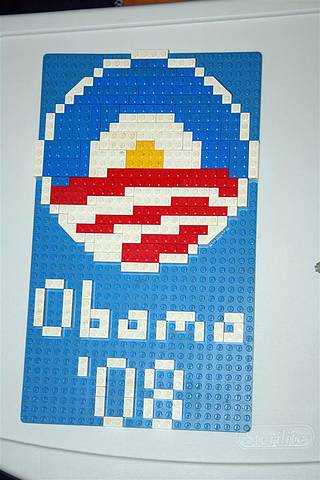 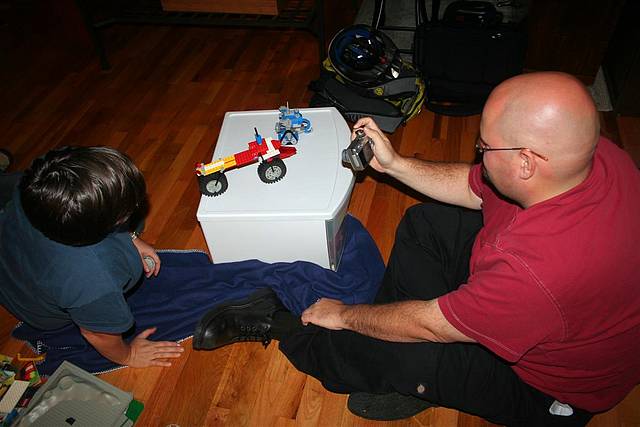 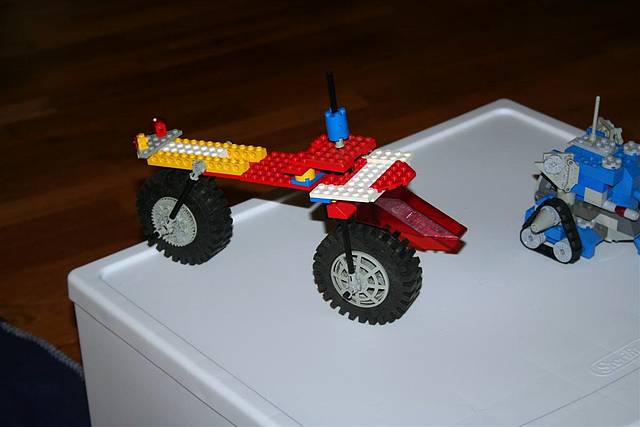 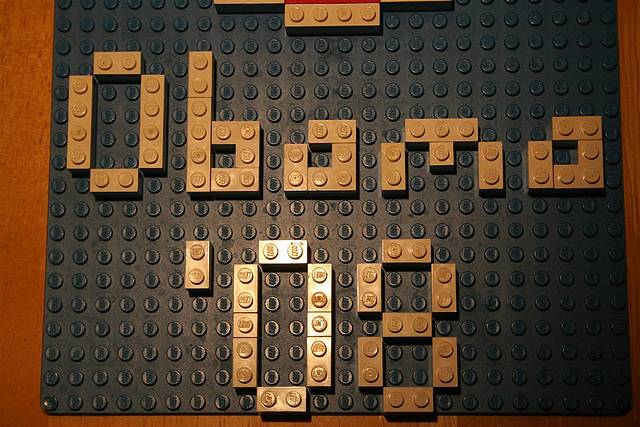 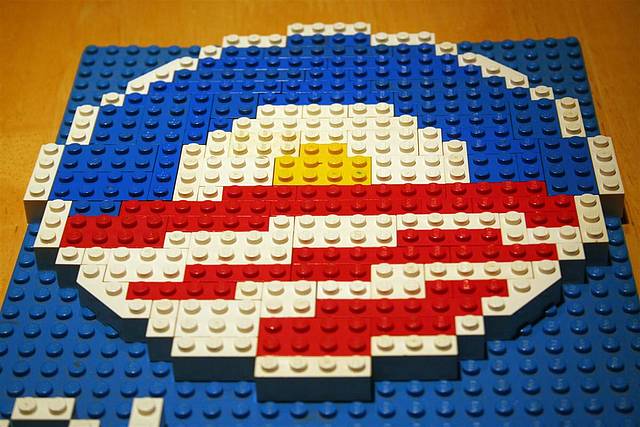 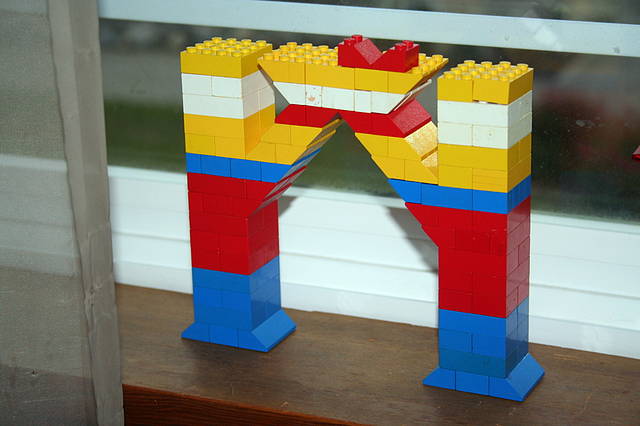 Apr. 26, 2011
We threw a party for work tonight to thank all our great clients, partners, and friends that turned out to be a great night. The setting was the Foss...

Feb. 15, 2008
There was only one way to get out and really have fun on Valentine's yesterday and that's the SinSational way. The lovely ladies of Equilibrium threw an art party...

Nov. 1, 2006
No I'm not hoping it'll snow tonight to avoid some deadline at work or anything. I'm talking about the Pray for Snow Party tonight at the Harmon Brewery in...