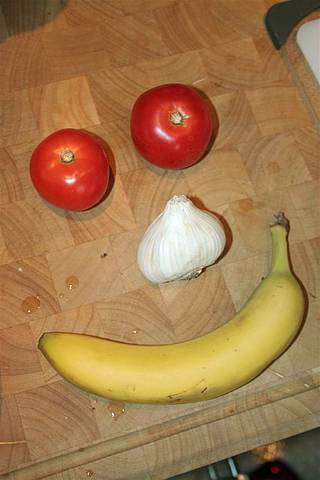 Starting the morning off nice 'n lazy is always a good way to go. From there, however, and after a great breakfast, we walked it over to Proctor for a pumpkin latte then back to see Libby's niece's via Skype. They were all ready to go trick or treating down in "Passes" as one of them called it. This afternoon Libs made a pumpkin pie using one of the sugar pumpkins we got from Dave's Meat & Produce yesterday while I de-seeded the rest and prepped them for carving. A good 20 or so kids stopped by mostly in small groups and all were pretty legit as far as costumes and age were concerned. The seeds came out mighty tasty and now it's time to watch Nightmare Before Christmas. 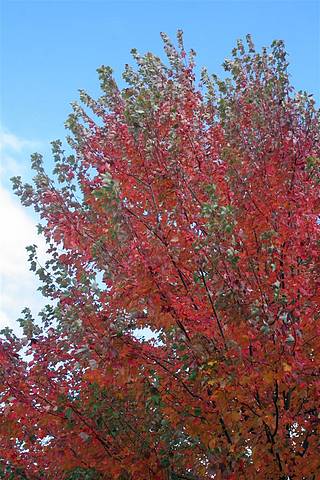 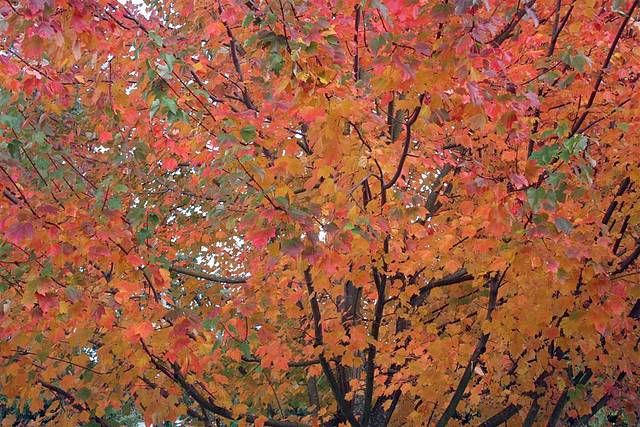 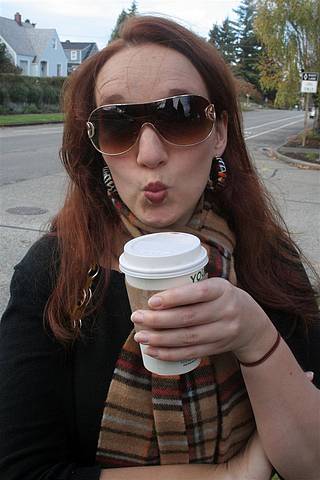 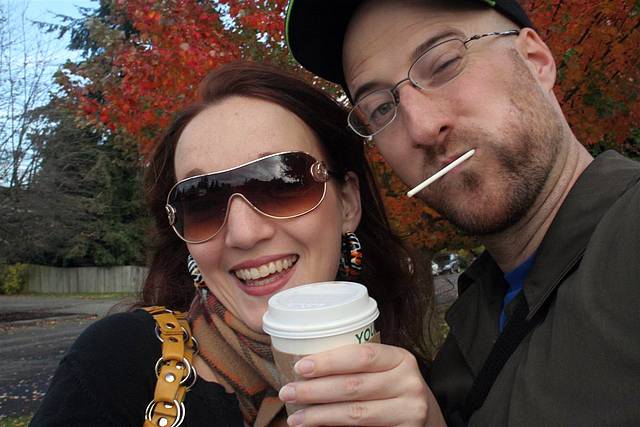 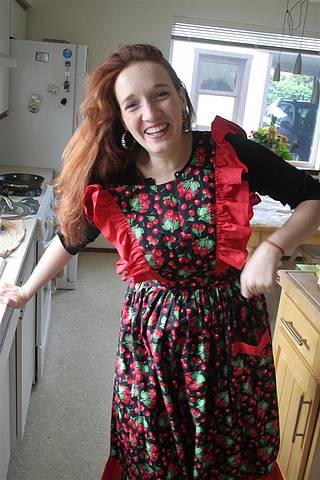 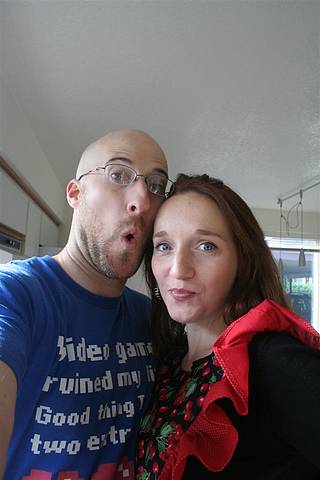 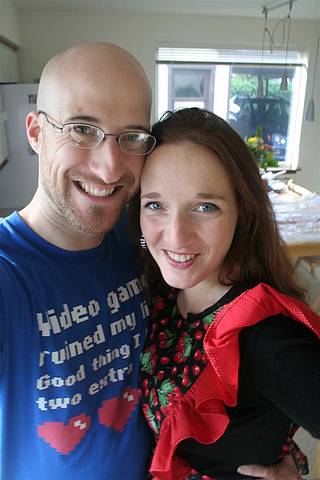 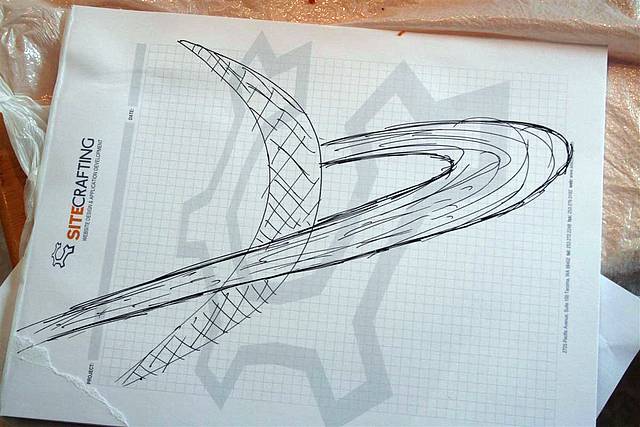 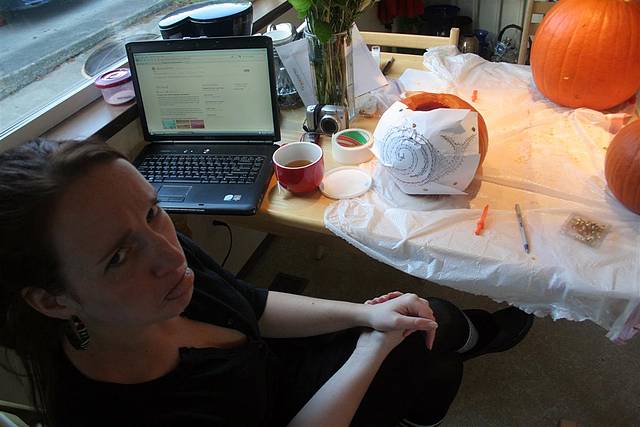 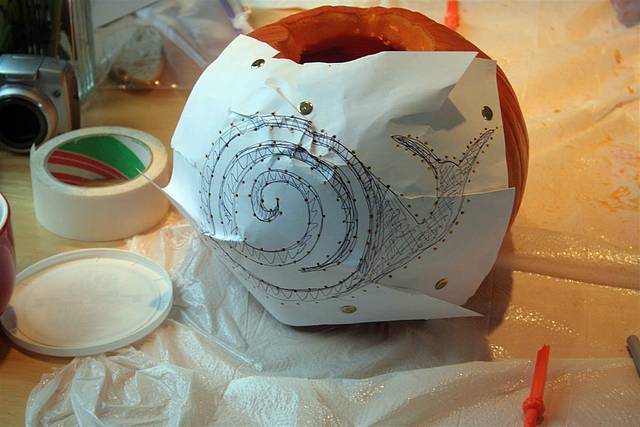 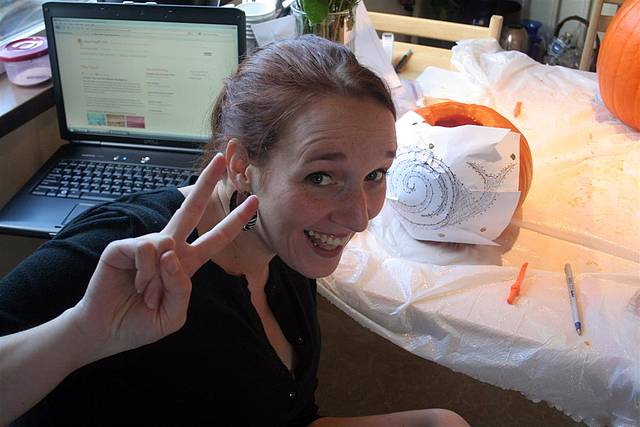 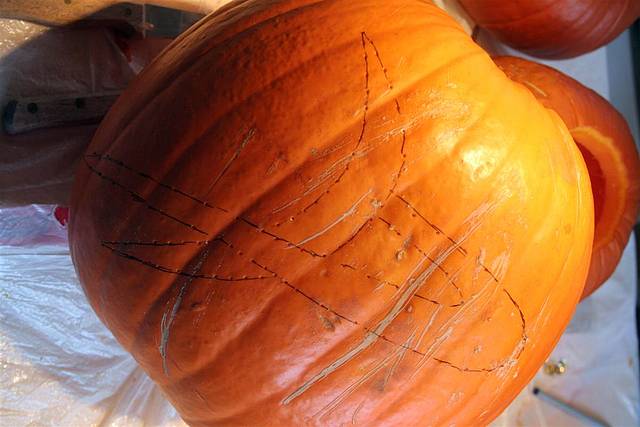 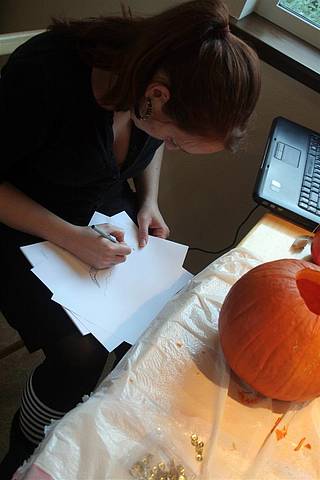 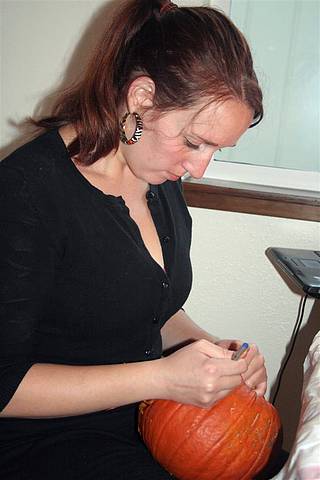 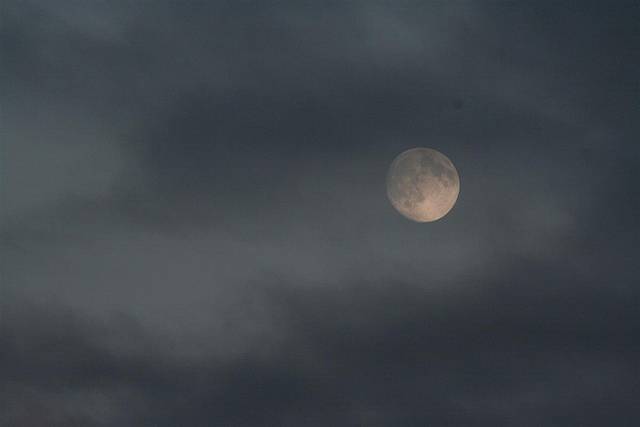 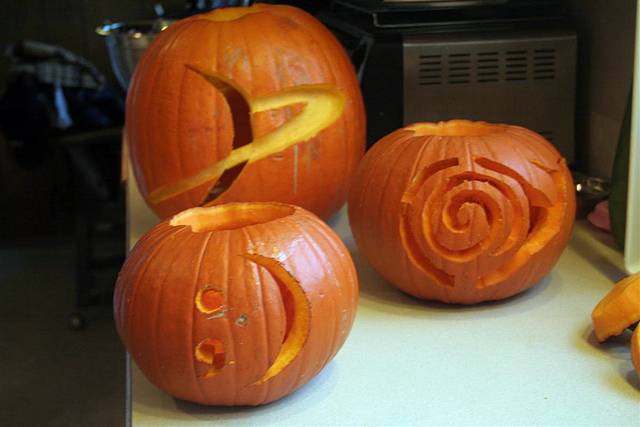 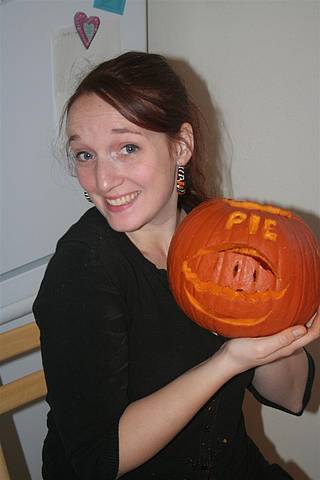 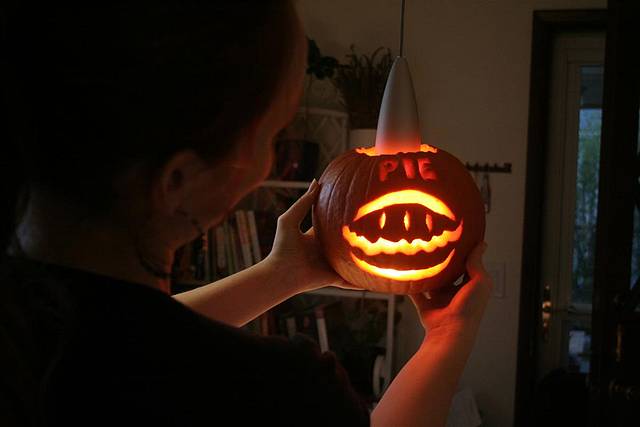 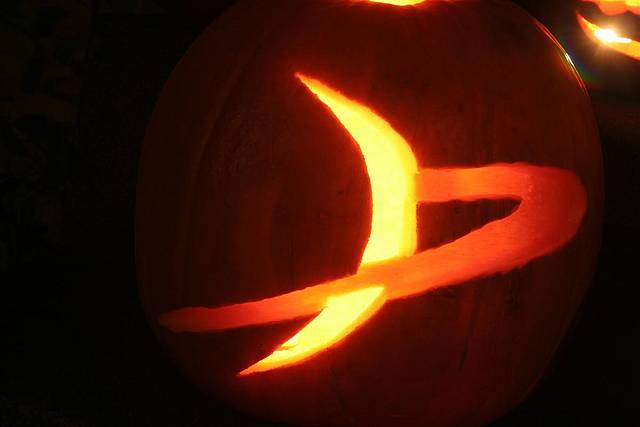 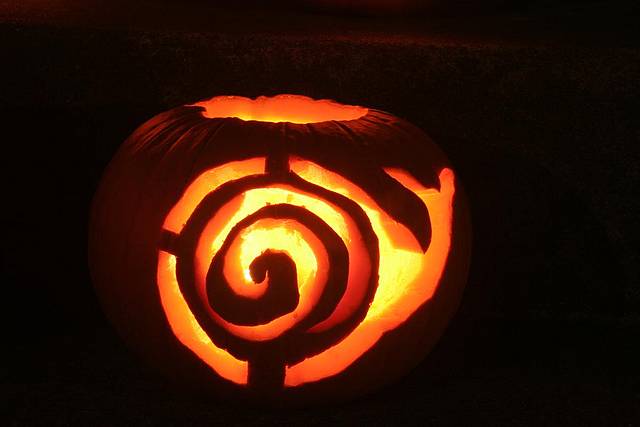 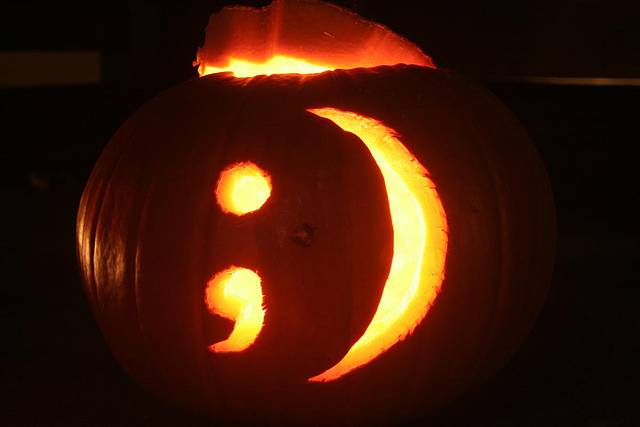 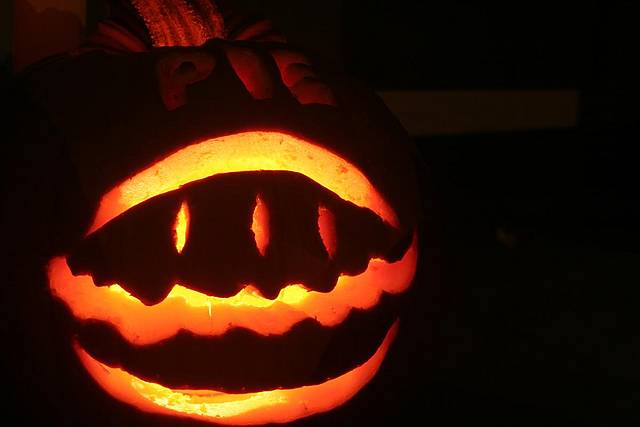 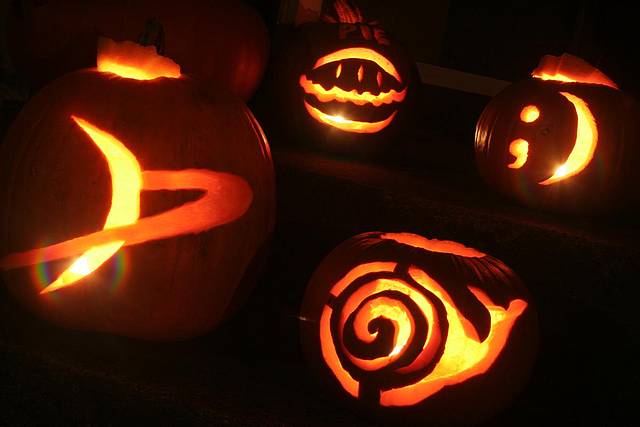 Oct. 30, 2006
Lazy was the word this weekend since we barely left the house except to grab dinner with a co-worker and her husband Saturday. Sunday was sleeping in a bit...

Oct. 23, 2011
With her husband Joe up in Seattle taking a couple music classes Anna wanted (nay, demanded) to head to a pumpkin patch somewhere. Somewhere was right because we merely...