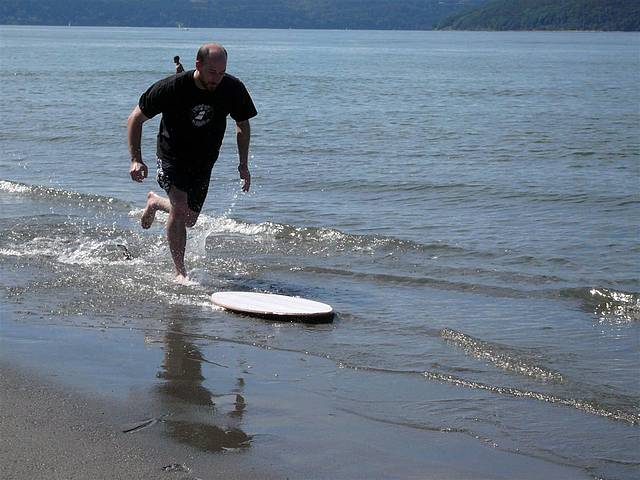 Seeing that skimboarding competition a few weeks ago out at Dash Point inspired me to get on a board again for the first time since high school. That was 10+ years ago so I wasn't sure how I'd do. New co-worker Michael and girlfriend Roxanne both skimboard a bit so Sarah and I joined them on an outing yesterday. First we stopped off at the place of the Dashboard guys so I could buy a newer board. I emailed with them earlier in the week and they were totally cool with me stopping by on a Saturday minutes before hitting the beach. They had the board ready for me and sooner than I knew it we were on the beach.

I even brought the great old disc-shaped board made for me by a friend of the family that I used on the occasional trip to the beach back in high school. With a little sticky wax on it's smooth top Michael had no problem skimming it. I gave it a run as well and found it to still work really well. Even looks like it was similarly built to even the brand new board I just picked up. Great job with that, Jim!

We hit the water a bit, fired up our little coal grill, then stayed out skimming and tossing an Aerobee the entire afternoon. It was a great day out there and the shallow water was even downright warm at times in the summer Sun. For my first time out in a while I did pretty well and even started working on trying (not landing, mind you) some basic tricks. No injuries and just some soreness today so I count myself fortunate. I had a great time out there and think I've found my summertime sport that will keep me satisfied while waiting for the next snowboarding season.

Without further ado, here's me riding: 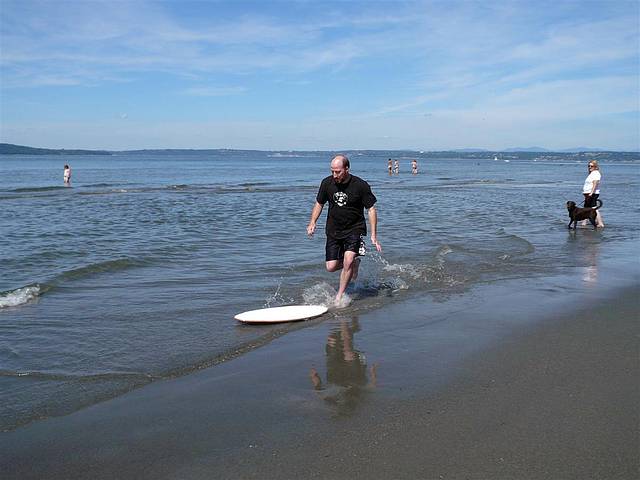 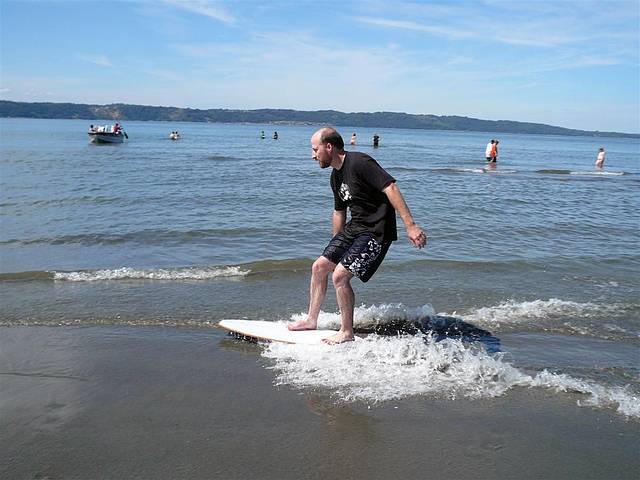 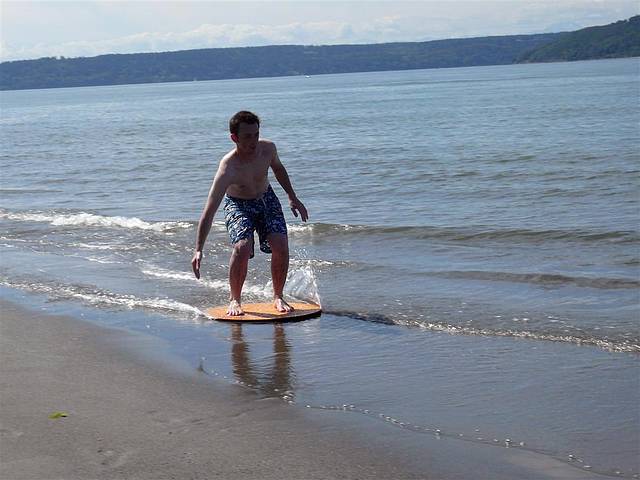 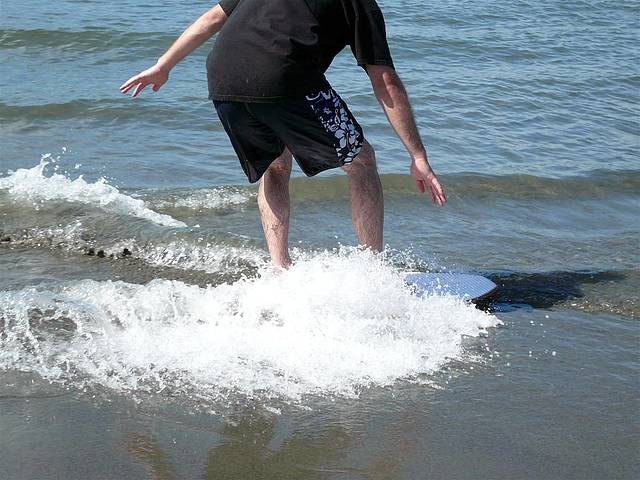 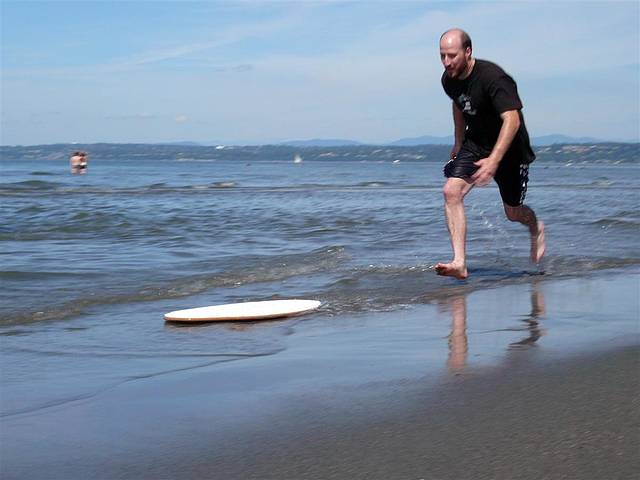 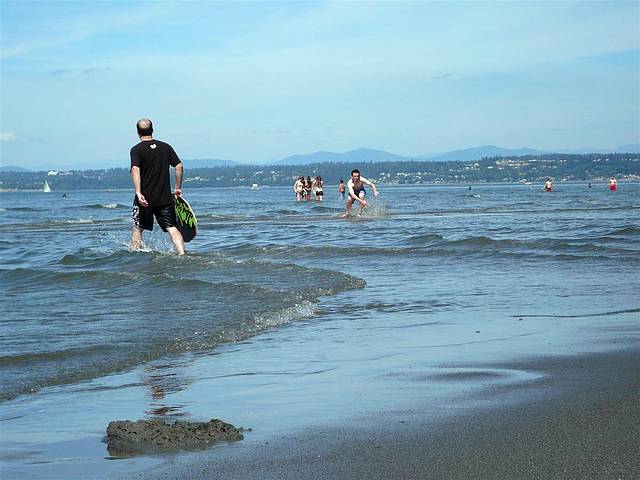 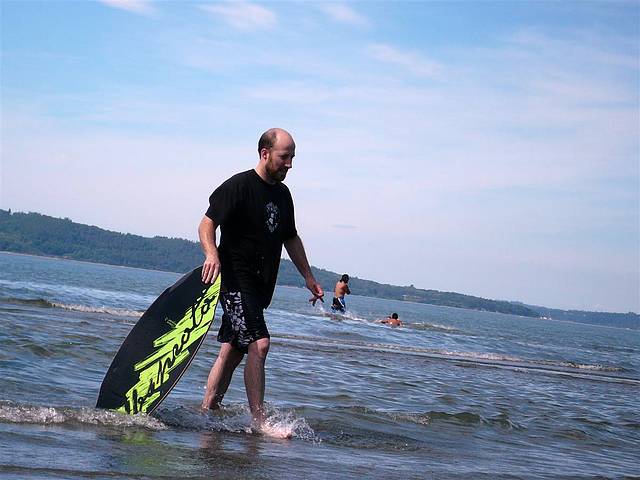 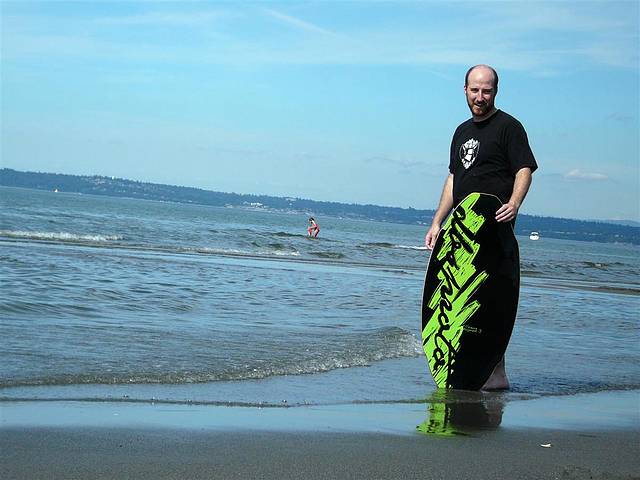 Jul. 30, 2011
Wow, where do I start. This Saturday is one for the record books and memory banks. Truly. There are pics below but I gotta wax long-windedly a bit first...