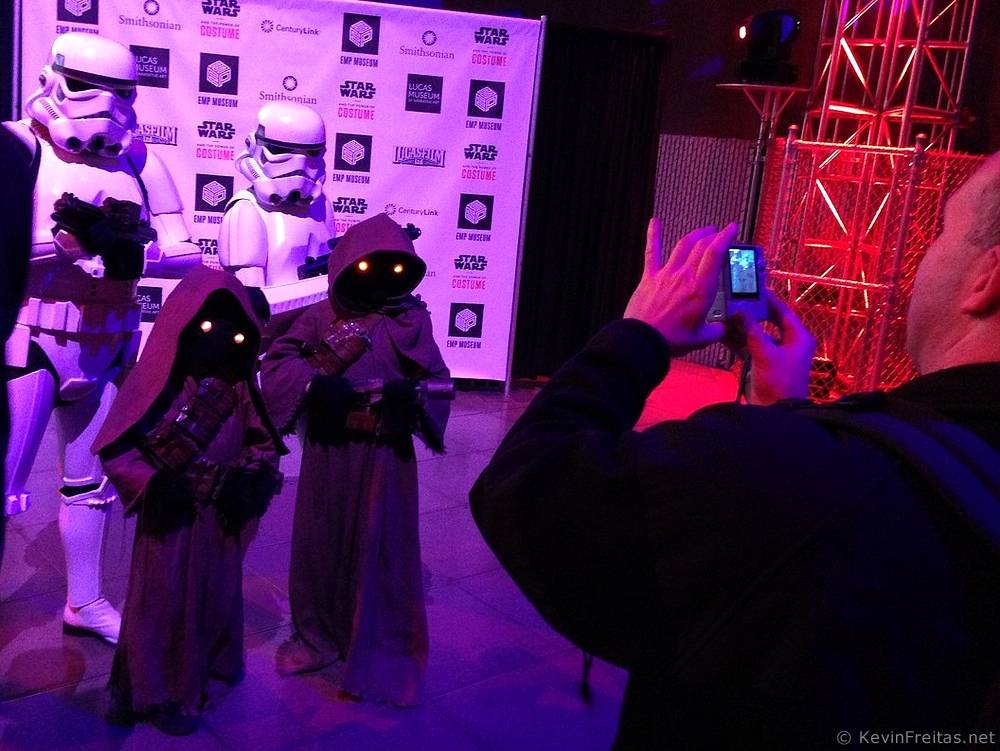 Us fine, funky D20 Brass Band folks were invited to play tonight's opening of an amazing Star Wars costume exhibit at EMP. Though at first only licensed, sanctioned costumes were allowed we were given the green light a couple days before the event to Jedi or Sith ourselves up. Aside from that, we played a couple fun sets for all the event goers including my arrangements of the Star Wars theme and Imperial March made just for (and just in time for) this evening.

Low-lying fog over the Seattle skyline 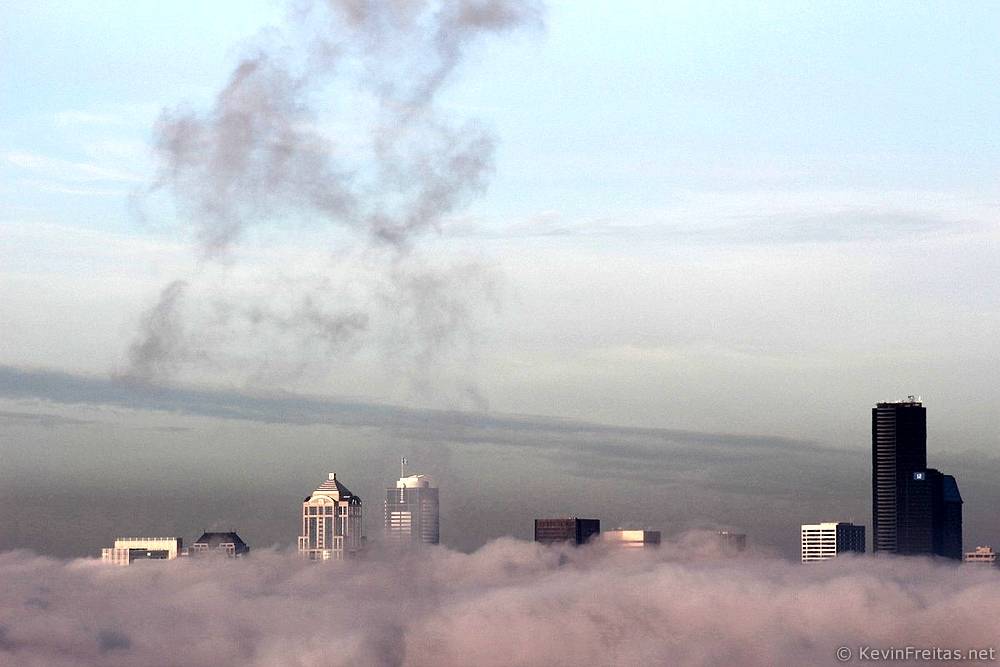 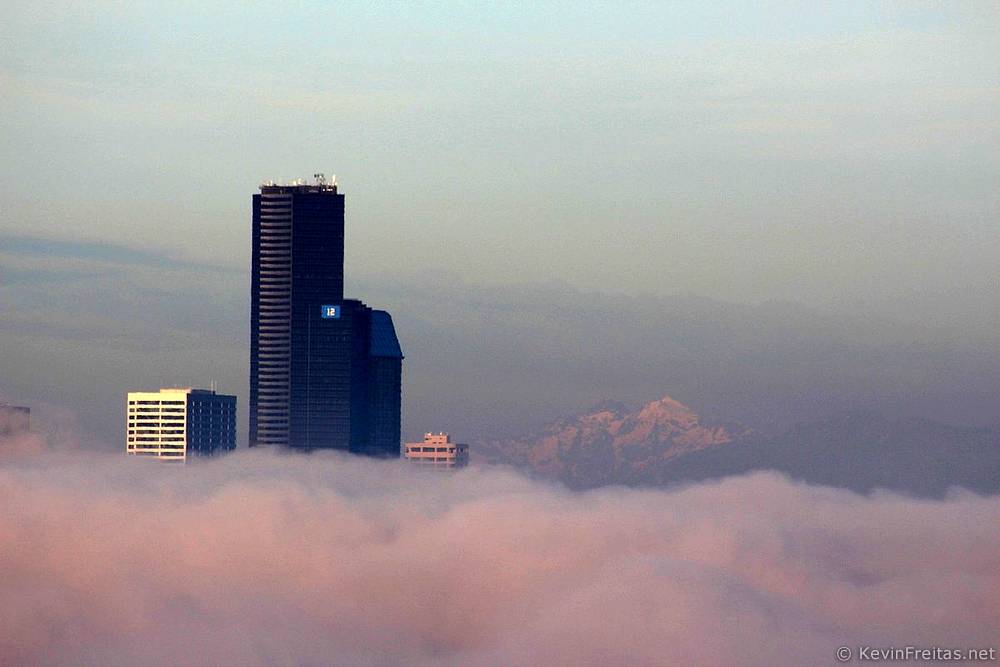 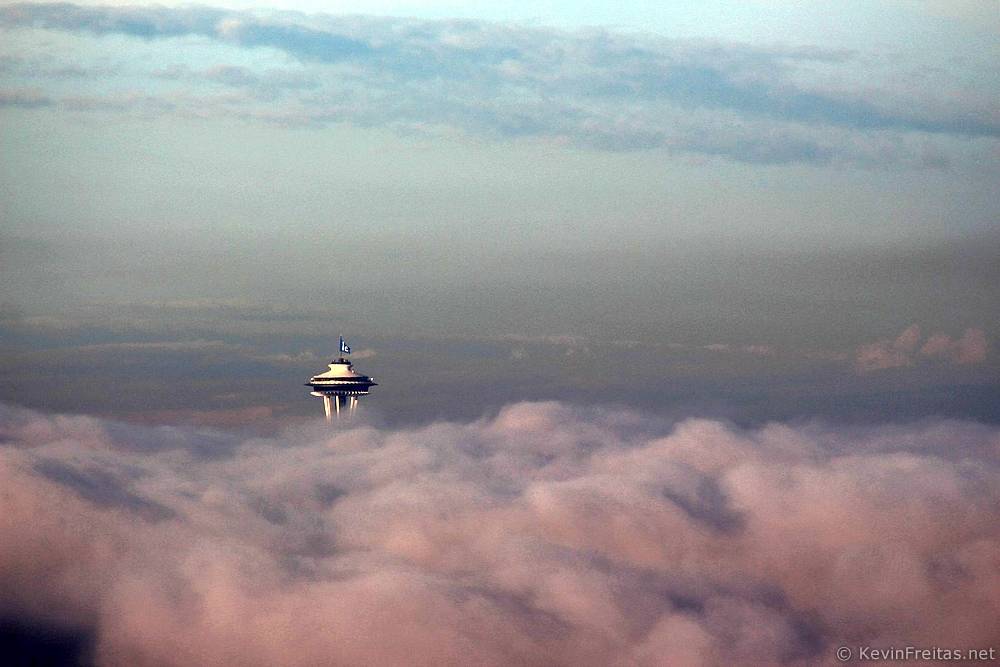 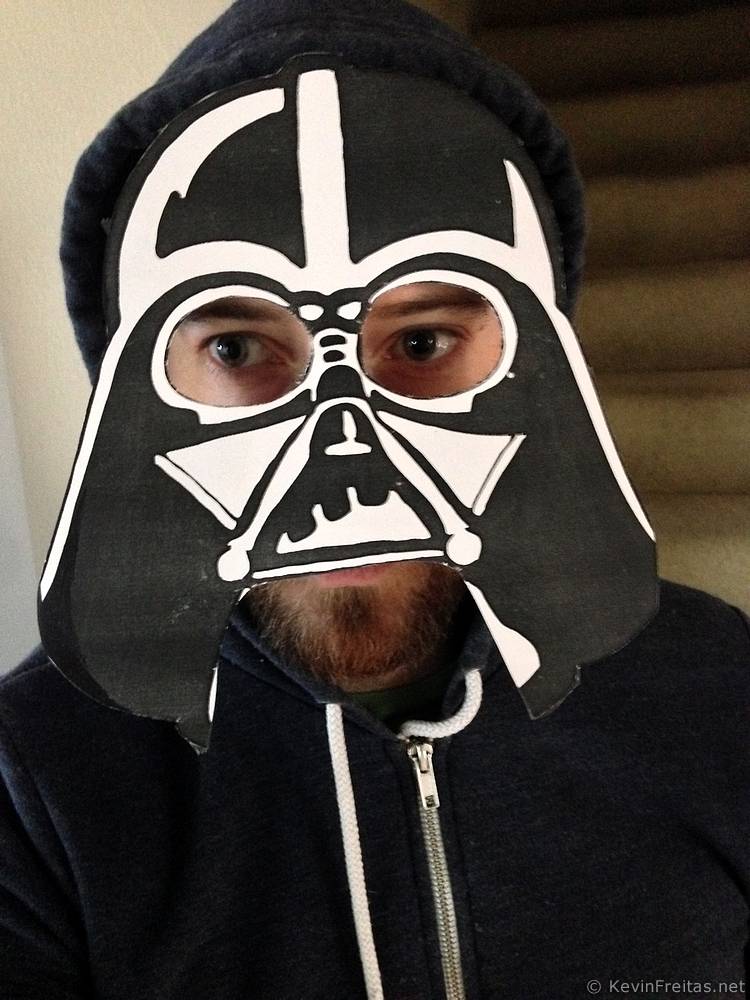 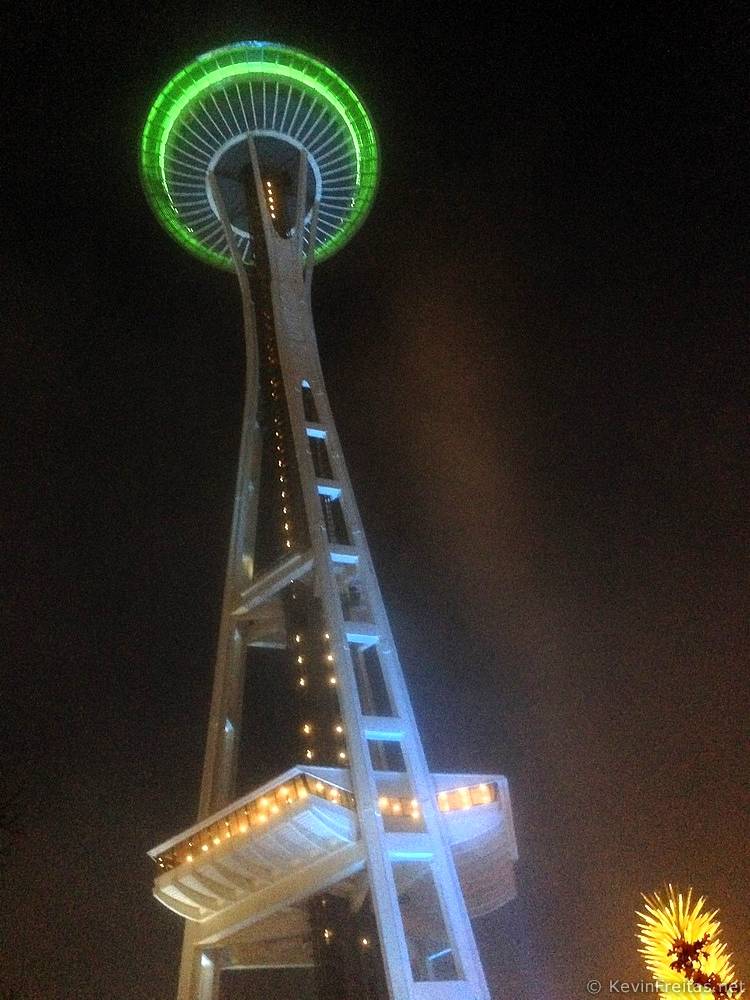 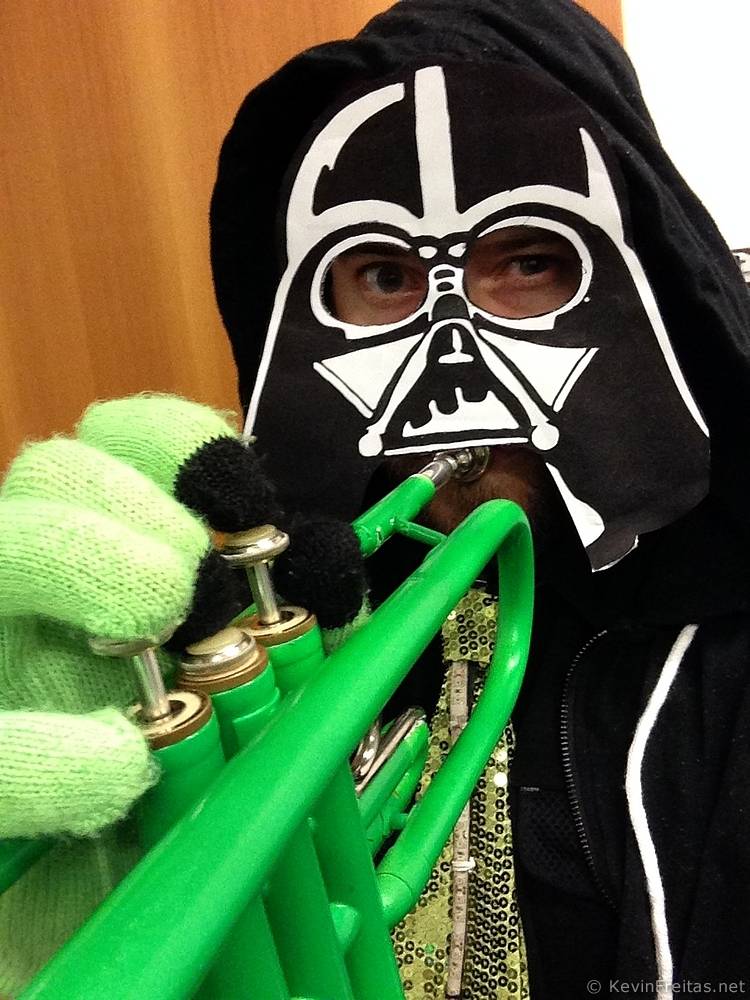 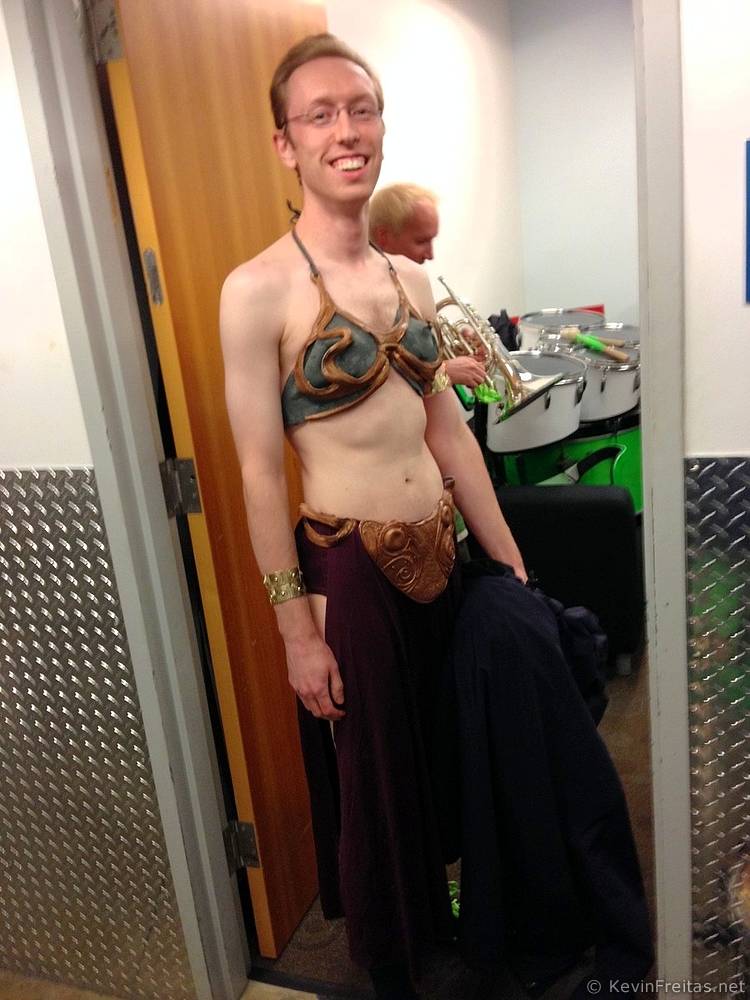 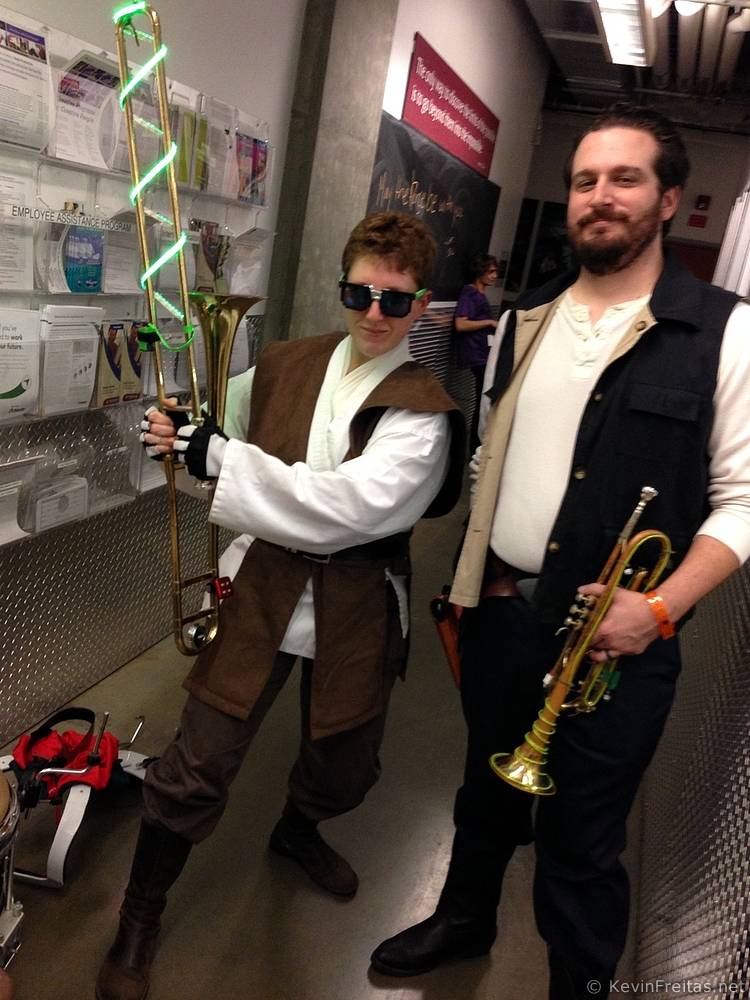 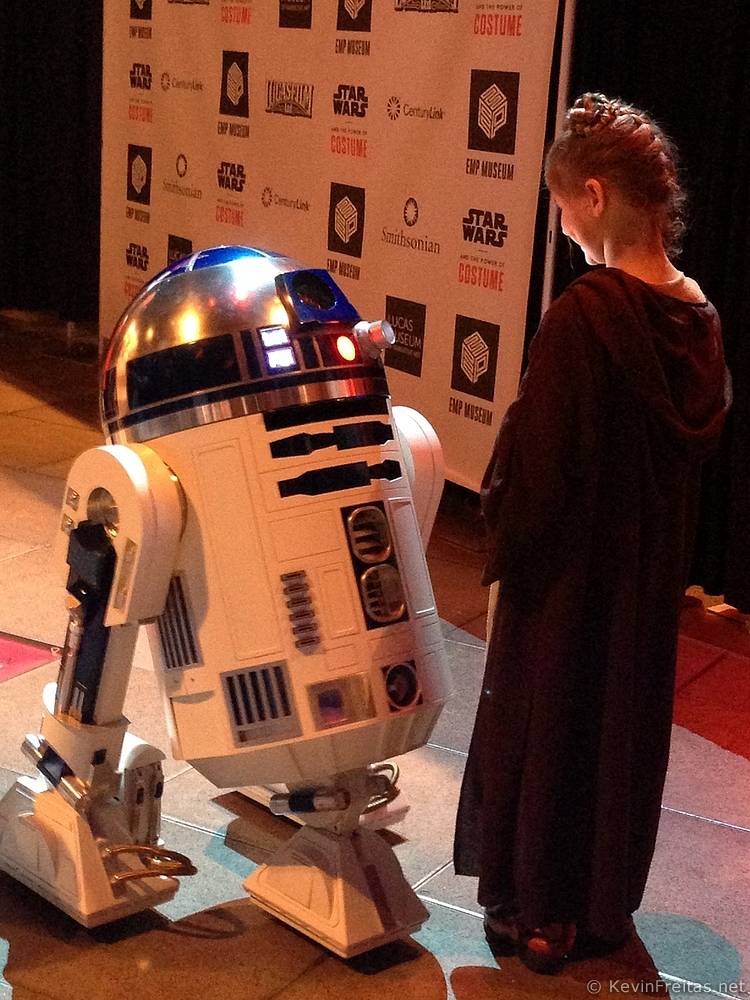 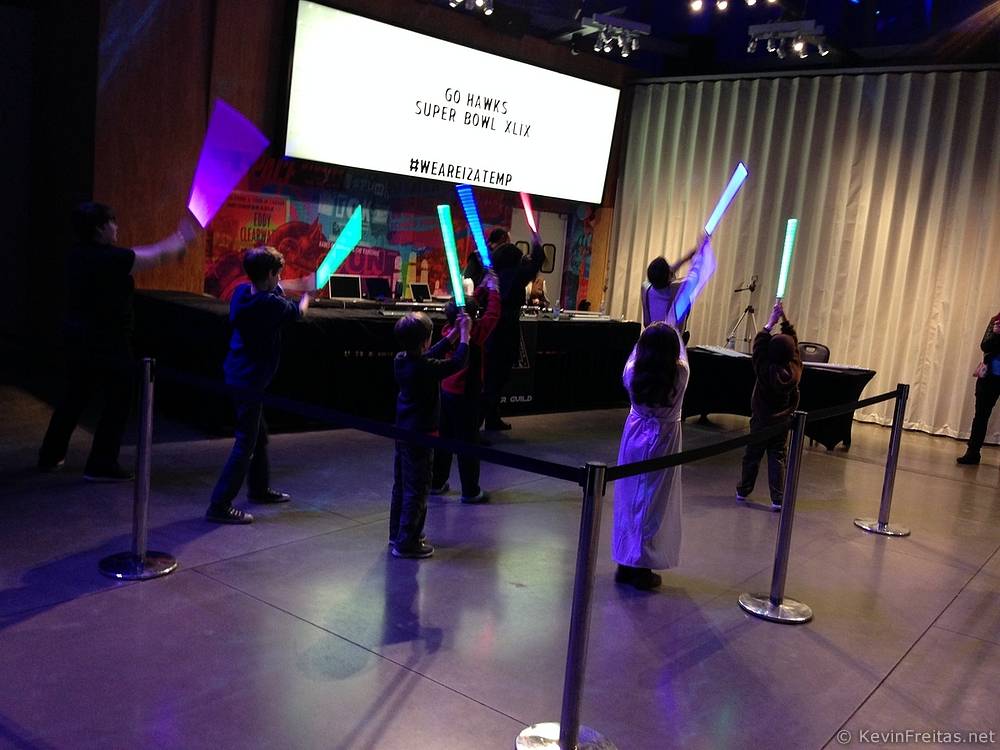 I'd hate to have that guy's boss 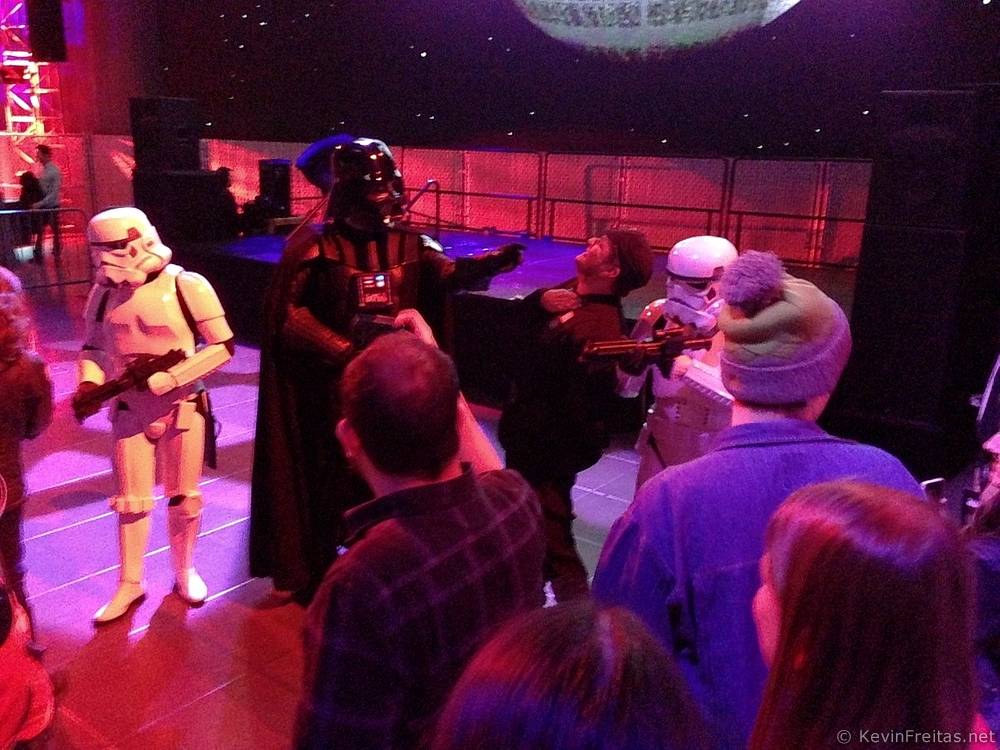 This is not the Anne you're looking for 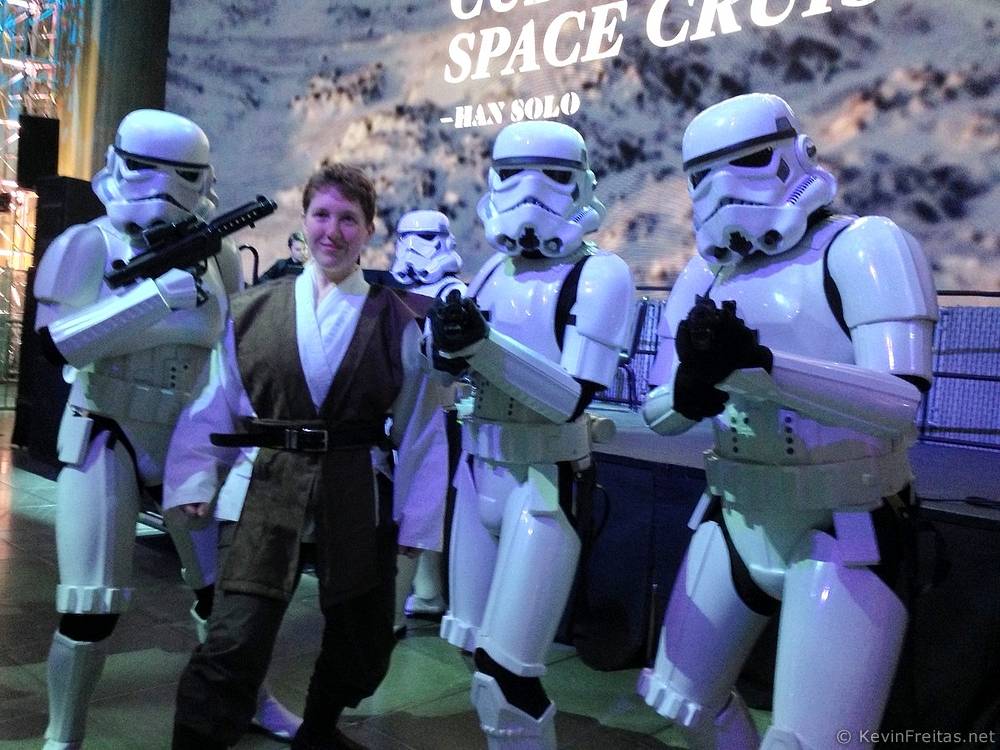 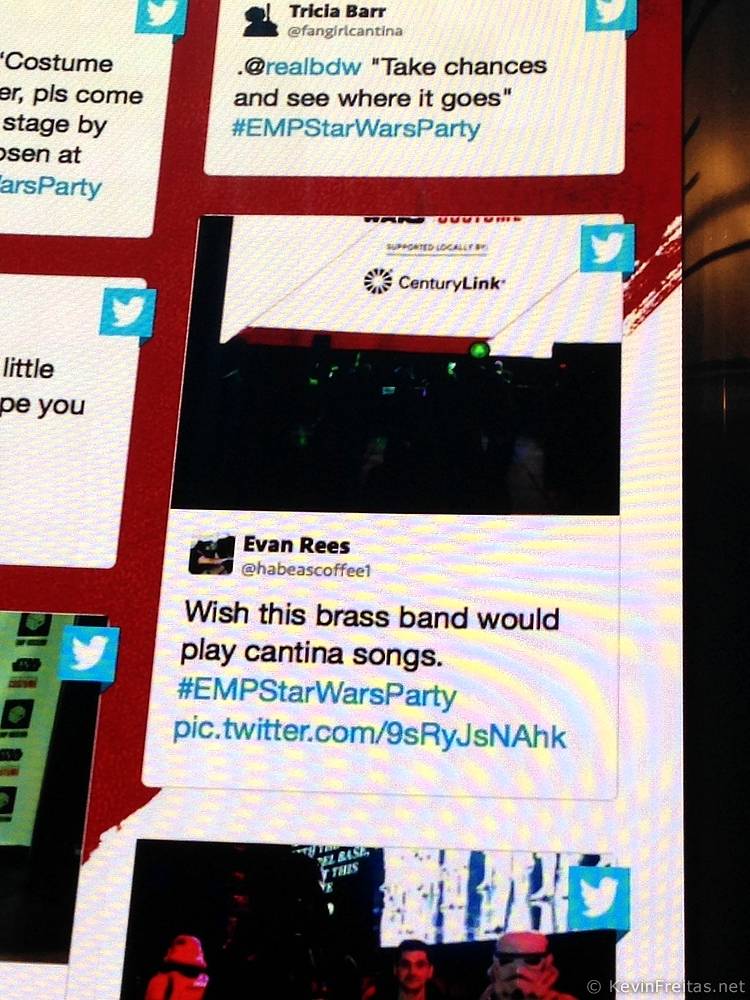 Jan. 31, 2015
That's right, seems like we were here just last night. Our band goes with a Star Wars event like Luke inside a Tauntaun so we also played today's public...

Oct. 25, 2014
As a member of D20 Brass Band, I pride myself on our playing, professional attitude, and our costumes. Though I don't have a particular nerdy character I cosplay I...

Aug. 2, 2014
Today started of literally with a bang via some rare summer thunder. From there D20 Brass Band banged our drums and tooted our horns at Microsoft's Image Cup. In...

Jul. 6, 2014
I rode my bike down to Seattle's Pier 52 this morning with trumpet slung over one shoulder and camera over the other. The D20 Brass Band crew and I...